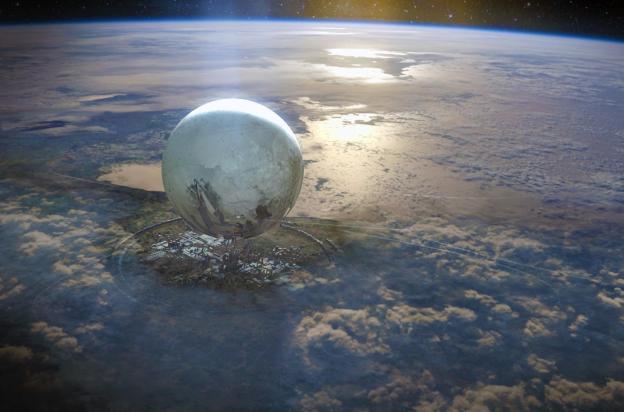 A flood of game news is coming, with E3 2013 kicking off on June 11 and the usual battery of publisher press conferences holding court one day earlier. We already have titles and at least a few details to go on, but much more will be revealed as the full brunt of the annual trade show settles in. There’s isn’t any objective way to lay out what the “most anticipated” titles and reveals might be, but the following list of 10 games run through which ones we know the least about, and look forward to hearing more from.

Pirates! Open-world naval play! Chilling with Blackbeard and his contemporaries in the Caribbean! Ubisoft Montreal’s latest tale of Assassins and Templars turns to the Golden Age of Piracy, launching a new, post-Desmond Miles chapter in the Assassin’s Creed series even as it tugs at the historical threads woven by one of his ancestors, Edward Kenway, granddad of AC3 protagonist Connor. We’ve heard a lot of bullet-pointed facts about Assassin’s Creed IV: Black Flag. You can sail the open seas and explore any landmass you choose. Dive underwater. Stab sharks and ride them(!). All great stuff. E3 ought to bring some cohesion to the random facts surrounding this fall 2013 release.

Rocksteady Studios steps away for the latest chapter in the Arkham franchise, with Warner Bros. Games Montreal taking on the task of putting together the upcoming prequel adventure, Batman: Arkham Origins. The new game builds on the play of Arkhams Asylum and City, with a younger and less experienced Caped Crusader targeted by Gotham City’s super-villains thanks to a bounty contract offered by the Black Mask. The open world returns, bigger than before and newly fitted with Batwing-accessible fast-travel locations that must be unlocked by taking down enemy-controlled towers.

Electronic Arts and DICE unveiled Battlefield 4 at GDC 2013, trotting out an extended look at the single-player campaign for its flagship showcase of the Frostbite 3 engine. The game is predictably gorgeous, and it promises to be one of the early visual beasts on next-gen platforms. Expect to see more from BF4 at E3, specifically a look at the game’s multiplayer offering. This is arguably the reason that most fans stick with the franchise, and the extra power of the new consoles will likely redefine the way we look at big-team, epic-scale warfare battles.

Infinity Ward takes the lead once again for the 2013 edition of Call of Duty and the first one coming to next-gen platforms. The time for change is now and IW is doing just that, with a fresh story set in an entirely new narrative universe. The story opens on a world in which the United States is no longer a global superpower. A full decade after our country’s fall, the little that remains of the country’s special forces community bands together to form a resistance army of “Ghosts.” Expect to learn more about this story at E3, and hear the first details of what is sure to be an elaborate focus on multiplayer.

Bungie reshaped the way we think of first-person shooters in 2001 with Halo: Combat Evolved, giving Microsoft’s fledgeling Xbox its first and most powerful “killer app” and influencing the genre’s direction for many years after. Now Bungie returns with Destiny, a massively multiplayer sci-fi FPS set in a completely original universe. Only one city remains on the planet Earth while an alien entity known as the Traveler offers protection from outside threats. Select humans draw power from this alien energy source, taking the role of the city’s protectors. We know plenty about Destiny‘s backstory but only nothing has been shown of how it plays; expect that to change at E3.

Sony showed off a trailer for Infamous 3: Second Son during its PlayStation 4 reveal… and little else. We know that the game picks up seven years after the events of the previous two, leaving protagonist Cole McGrath behind and shifting the focus to Delsin Rowe. The superpowered beings of the world have been labeled as Bioterrorists and they are hunted – in the game’s Seattle setting, at least – by the Department of Unified Protection. Expect to learn more about who Delsin is and why he’s drawn the attention of the DUP in Sony’s E3 reveals.

The Metal Gear Solid V: The Phantom Pain situation is, like all other things Metal Gear, confusing. We’ve heard that MGS: Ground Zeroes is a prequel to Phantom Pain, and we’ve also heard that they’re the same game. We know for certain that Kiefer Sutherland is the new face and voice of Solid Snake. We know that the setting is 1984, at least for part of the time. We know that the series’ trademark action/stealth play is set in an open world. We think that this is a cross-generation game coming to PlayStation 3/Xbox 360 and PlayStation 4/Xbox One, as well as PC. We want to know more, and we hopefully will when E3 kicks off.

Of all the items on this list, the one that we probably know the least about is Remedy’s Quantum Break. The game debuted in a cinematic trailer during Microsoft’s Xbox One reveal. It seems to involve time travel in some form or another. Really though, this one’s a big mystery. All we have to go on is Remedy’s pedigree as the creator of Alan Wake. That earns the studio a lot of leeway for announcing something totally new like this. We’ll be hearing more at E3, but expectations are high for something fresh and original.

At long last we have a title for Respawn Entertainment’s long-in-development debut game: Titanfall. An inadvertent Game Informer leak brings out the first details in advance of E3. The first-person shooter allows players to fight from the ground or from the cockpit of a mech that they pilot. In addition to a multiplayer-driven campaign, the game features adversarial multiplayer and a more traditional “One-Player Mode.” We’ll get our first look at Titanfall at E3, so expect a lot of these details to be fleshed out soon, with gameplay.

CD Projekt RED’s next chapter in the Witcher series promises to be the biggest yet, and the concluding one for protagonist Geralt. The developer’s boasted about the game’s massive world – “larger than any other in modern RPG history” (suck it, Skyrim) – and the same sort of multi-path story that made the previous two games such a critical success. Expect E3 to bring our first in-depth look at what promises to be a dazzling next-gen game.