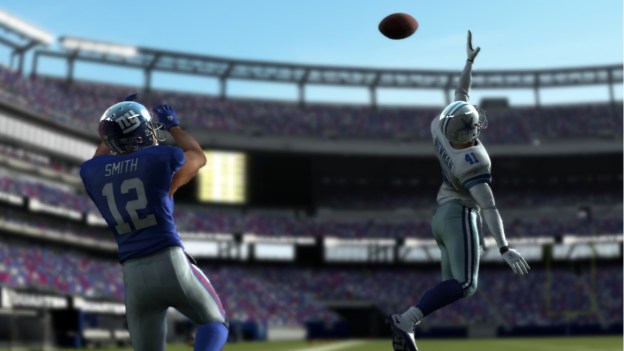 For a company that legally locked down the exclusive rights to the NFL license for its Madden franchise, Electronic Arts seems to be spending an awful lot of time in court over its football properties. EA is currently embroiled in lawsuits involving the rights of using someone’s likeness in its NCAA games, a long-running suit against NFL Players, and now a jury has ruled that yet another lawsuit, this one from Madden’s creator, can go ahead.

The jury ruling states that the statute of limitations has not run out on the suit brought by Madden NFL creator Robin Antonick against EA, over alleged unpaid royalties from the franchise dating back to 1986. The ruling ends EA’s primary defense ever since the case was raised in 2011, concerning an agreement made decades ago. The jury ruled unanimously in Antonick’s favor and the suit will move forward, a press release sent out by his legal representatives said.

Antonick claims that he signed agreements with EA in 1986 that require the publisher to pay him royalties on all subsequent Madden games. The agreements also required EA to withhold certain “confidential information” that Antonick alleges they did in fact reveal. The suit covers every Madden game released between 1986 and 2013, but this phase of the case specifically covers the games up until 1996, before the series switched developers. Those games alone earned $200 million, of which the jury must now determine how much Antonick is owed. The games from 1997 on, which made significantly more money (the franchise is reportedly worth $5 billion), will be handled in a different phase.

“This is a major validation of Mr. Antonick’s testimony,” said Rob Carey, Antonick’s attorney, in the press release. “This was by far EA’s strongest defense, and the jury’s verdict unanimously supported Mr. Antonick, which also means the jury probably thinks some significant information was concealed.”

“Now the case goes to the merits, where we have irrefutable evidence,” he continued. “We are confident that we will be able to demonstrate that EA failed to live up to its agreement with Mr. Antonick and lied to him about the use of his protected work product in the games.”