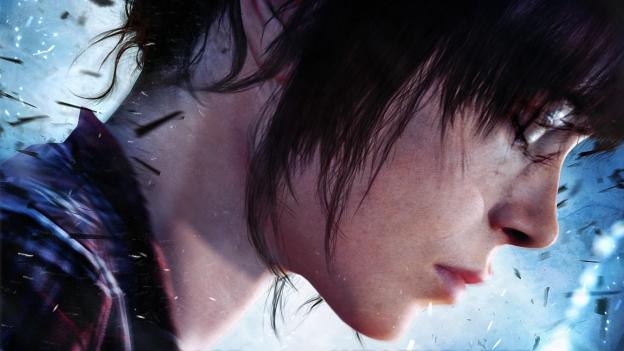 You have to at least applaud Quantic Dreams’ ambition as a game developer. It certainly thinks outside the box, and its resume contains some of the most innovative and original AAA titles around. Anytime someone is foolish enough to claim that video games aren’t art, something like Heavy Rain or Indigo Prophecy inevitably find their way into the conversation. With ambition, however, comes risk.

Beyond: Two Souls, Quantic Dreams’ latest experiment in gaming, takes a similar gamble. The gameplay is a servant to the story, and the inclusion of actors Ellen Page, Willem Dafoe, and Kadeem Hardison is representative of the thought process at work in creator David Cage’s head. It is cinematic art, with a hint of gameplay thrown in to mix things up.

At a recent demo of Beyond: Two Souls, the game was shown off to a small degree. The story remains only a general synopsis so far, with no specifics revealed. The playable section did give a hint of the direction that the story is heading, while giving a look at the way the gameplay shapes it.

You’re never alone. The girl-and-her-ghost concept of the game was revealed long ago, but the details and specifics that will give it context remain a mystery. You play Jodie Holmes, a woman with a bizarre connection to a supernatural entity known as Aiden. Aiden is a protector, a friend, and a jealous guardian. And only Jodie can see it.

The story takes place over the course of multiple years, jumping around to different periods in Jodie’s strange life. Throughout it all, Aiden is always with her and is often the cause of her troubles – as well as the solution to them.

Limited career options. The demo showed a glimpse further into Jodie’s future than we’ve seen before. She is on a mission in Somalia, working for the CIA and tasked with taking out a local warlord. Beyond that the reasons for Jodie being there – specifically, why someone we’ve seen in past demos to be on the run from the law is suddenly working within the system – aren’t clear.

Consequences. The mission is straightforward enough. With the help of a local kid Jodie has a connection to, she finds her way to the base and sends Aiden in. The supernatural being is resistant to killing at first, but it soon becomes obvious that Jodie has little choice in the matter. After killing the target, along with everyone else, Jodie moves in for confirmation and is sickened by the sight. Things deteriorate further when the kid comes in and discovers his father to be one of the victims.

An angry mob soon descends on the Jodie, wounding her. Aiden tries to defend her, but there are too many and only a timely rescue whisks them both out of harm’s way. The damage, however, is done: ethical questions raised during and after the Somalia incident will stick with her and influence the story.

Action. The gameplay is designed to lead you through a very particular course, limiting your options in the name of relating the story Quantic intends to tell. The level on display was set in a small town filled with guards that you must use stealth tactics to avoid.

Beyond is based in reality and shooter rules don’t apply; Jodie will die if she is shot. Instead, you need to sneak up on enemies. If you do so, you can take them out quietly with a button press. If they see you, but you are close enough to initiate hand-to-hand, you enter a brief series of quick time events. Once Jodie finds cover, she can let Aiden loose and trade stealth for possession.

A new perspective. Aiden moves differently than Jodie. Where the human character  is grounded in (relatively) realistic physics, the supernatural being can fly over walls and move in any direction. It has to stay somewhat close to Jodie, but she will always be highlighted in your field of view.

Once in the enemy compound, guards that Aiden can interact with are highlighted by a different color than the others. One, who is out of sight of the other guards, can be strangled. The Darth Vader-like force choke is done simply by following the onscreen directions: in this case, moving the sticks in opposite directions. Another guard can be possessed, with his sunglasses hiding the signature cloudy eyes that would otherwise give him away.

A crisis of conscience. Once Aiden begins to “drive” a guard, he finds an assault rifle at the insistence of Jodie, who can speak to Aiden and see what it sees. The entity has a mind of its own, however. Entering the room where Jodie’s target is, it struggles with making a deadly choice. Aiden doesn’t want to shoot, but does so at Jodie’s urging. A bloodbath ensues, and the demo ends with Jodie’s running escape, leading to a cinematic.

Goodbye, uncanny valley. Jodie is brought to life thanks to Ellen Page, and that is more than just a voiceover credit. The Academy Award-winning actor lends her face and her digitally captured movements as well, and Quantic Dreams’ presentation techniques carry across a convincing performance. The time spent in actual gameplay is comparatively low – at least in what was recently shown, as well as what was already revealed. The many cinematics are basically just filmed and then digitized, in a manner similar to Hollywood’s green screen process. It will be interesting to see how deep this all goes, and how well the story compares to a movie.

The demo had a few rough moments, but nothing that is too alarming when you remember that the October 8, 2013 release on PlayStation 3 is still months away. Beyond: Two Souls is a very technically demanding game though, and an ambitious one. Quantic Dreams needs to find a balance between the gameplay and storytelling than what we’ve been shown so far, but assuming it does, you can add one more title from the developer’s catalog to the “games as art” argument.

The best games from E3 2021: Metroid Dread, Redfall, and more highlights
WarioWare: Get It Together! coming this year with two-player co-op
Elden Ring gives players more freedom than previous Souls games
Arcade1Up’s latest home arcade cabinets include Turtles in Time, X-Men, and more
GameStop Cyber Monday Deal: Buy 2 Get 1 on all preowned Xbox One and PS4 games
Starship Troopers: Extermination turns sci-fi satire into a co-op shooter
Score $90 off an Alienware gaming chair for Cyber Monday
How to get Battle Tokens in Warzone 2.0
How to redeem Mystery Gifts in Pokémon Scarlet and Violet
Call of Duty: Warzone 2.0 desperately needs to give players more health
Don’t miss this Xbox Series S Cyber Monday deal — ends midnight
Now’s the perfect time to stock up on PS5 controllers
How to evolve Tandemaus into Maushold in Pokémon Scarlet and Violet