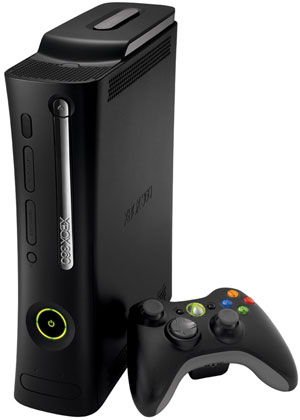 It appears that ESPN is looking to branch out into even more venues. A few weeks ago, DailyTech reported that ESPN is working on a 3D-only network which will launch on June 11. The network is set to air at least 85 sporting events drying its first year of availability.

Now, according to the New York Times, ESPN streaming may be coming to Xbox Live. That means that roughly 20 million Xbox Live users will have access to the service which is said to be similar to ESPN 360. Unfortunately, those of you looking to get a freebie will be disappointed — the Xbox Live ESPN service will require a separate fee in addition to your Xbox Live Gold subscription.

The reported streaming ESPN service would join other non-gaming features of the Xbox 360 including native Netflix streaming, Twitter, and Facebook integration.

“For both of the big guys, it’s about extending the value of the hardware platform,” said Garnet VP Mike McGuire. “The devices are hooked to TVs and have broadband connections, and there are more and more opportunities to license movies and TV shows and deliver them in over-the-top models.”

Microsoft CEO Steve Ballmer noted during this keynote at CES that Microsoft has sold over 39 million Xbox 360s since its introduction and roughly $20 billion has been spent on games.

Topics
How to overclock Intel’s Arc GPUs for better performance
AMD vs. Intel: which wins in 2023?
Best Gaming PC Deals: Save on RTX 3070, 3080, 3090 PCs
Samsung’s 49-inch Odyssey G9 gaming monitor is $600 off today
The best video game remakes reinvent the classics, they don’t just revisit them
Best Buy will give you a $10 to pre-order Hogwarts Legacy today
Save $620 on this Lenovo gaming laptop with an RTX 3070
Forspoken settings: change these settings for a better experience
Add 2TB of storage to your PS5 with an SSD and save $70 with this deal
Fall Out Boy concert in Fortnite: start time, island code, and more
Marvel Snap is dangerously close to becoming a pay-to-win game
Every video game delay that has happened in 2023 so far
All missable characters in Fire Emblem Engage and how to get them