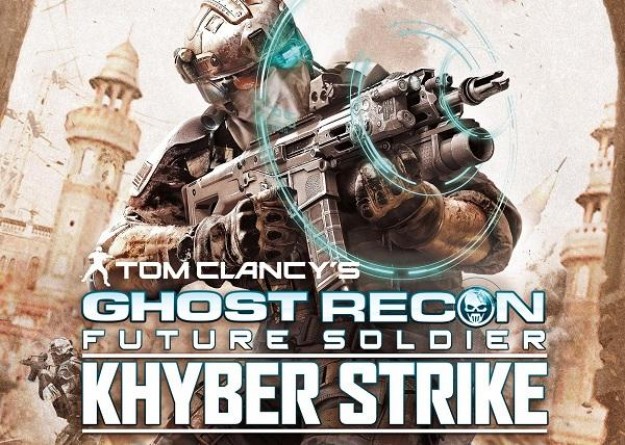 Fall has come to the beautiful and scenic Khyber Pass region that connects Pakistan and Afghanistan. The leaves are changing, the autumn temperatures bring a resilient crisp sensation to the air, and the sun brings out the loveliest hues in the eyes of the masked gunmen who are turning the area into a warzone.

When Ubisoft released Tom Clancy: Future Soldier to rave reviews, it was a given that the release was not the end of the development cycle. DLC is the way of things now, and especially for those gamers that embrace a game’s online competitive multiplayer, it has become an expected addition that helps to keep a game from growing stale.

The previous Future Soldier DLC, Raven Strike, focused on expanding the campaign. While that could be played with up to four others, the competitive multiplayer was not expanded upon in that offering. In Khyber Strike, it becomes the focus.

The new DLC introduces three new competitive multiplayer maps, a new guerilla mode map, and a new game mode called “Takeover.” The pack also includes new achievements, and raises the level cap by ten (which puts it at 70 if you also purchased the Arctic Strike DLC).

Takeover is essentially Team Deathmatch, but with a Ghost Recon spin. The maps in the multiplayer are so large, both the DLC and original maps, that a Deathmatch without an objective could be a hair-rippingly frustrating time. You could spend minutes looking for a trace of an enemy before you are suddenly shot by someone that stumbles across you. Even if you know where they are, running from one side of the map to another for a confrontation that is over in seconds can be annoying.

With takeover there are objective points that act as point multipliers, but they also give you a place to focus you’re attack, or an area to defend. Doing both as a team is important, but unlike most of other the game modes you can try to just run around and kill and help your team to victory through the point total. It is a good addition, but odd that such a traditional mode would be released this late in a game’s life cycle. Including it on the disc would have made more sense, and having it added this late feels a touch foreign to the multiplayer that we’ve grown accustomed to. Still, a good addition, albeit long overdue.

As the name suggests, “Palace” is set in a palatial area. It features large area with narrow halls and plenty of overlooking terraces, and several routes from one side to another. Finding an elevated position that you can defend will give you a huge advantage, but the size of the rooms makes that much easier said than done. Of the three new maps, Takeover is best suited for this area, but the traditional game modes fit in nicely as well. Overall a fairly balanced map that keeps you moving constantly to avoid being caught in one of the cavernous halls or open areas.

Set in an outdoor section of a small town, “Switchback” is a contained area with plenty of cover, but not many hiding places, forcing you into the fight. The map is actually shaped like a “V” with two separate areas connected by a “base” that connects the two sides. If you want to cross from one side to the other, you will need to go through the base, which could lead to potential bottle necks and make for a fine ambush point.

On game modes with an objective, the defending team has a huge advantage here. Even if one person gets to the other side, forcing them back and making them respawn before the bottleneck means they have to go through the battle all over again. With a coordinated effort, this can be fun on either side. Running solo, you will be frustrated.

Set in an underground rail station, “Transit” is a massive and multi-tiered — but linear — map with two running trains that can kill you instantly if you don’t get out of the way in time. The area is too big to set up defenses outside of designated targets, which makes the takeover mode iffy – unless you have ranged weapons and are a quick shot. Although you will face bizarre angles and need to wait for enemies to advance past the two structures that break up the map, you can easily find a wall and wait for an enemy to cross your line of sight, then use the open lines to pick people off. It will require you to go perpendicular to a map that moves parallel, but the options are there.

This can make defending or taking an objective nerve-racking, as you are left in the open as the interaction bar fills up, constantly wondering if a sniper bullet is just seconds away. In that case, the size of the map is your ally, as it can take a fair amount of time to run from one end of the map to the other. Of the three, this was my favorite.

The poor, neglected Guerrilla mode sees another entry. If you are already a fan of this mode, “Village”  will give you a new challenge, but those that aren’t interested won’t find much to convince them otherwise.

“Village,” like the other Guerrilla maps, offers no single location for you to hold and is even more exposed than most. You will constantly need to move and relocate, but there are a few areas which will give you a decent vantage point as enemies approach by the street. Be ready to run though.

The Khyber Strike DLC is available now, and will run you 800 MS Points on XBL, or $9.99 on PSN. The level cap raise should appeal to the hardcore fans that have long since reached their limits, and the new game mode should breathe new life into old maps. As for the new maps, all three are in keeping with the Future Soldier philosophy, and all three move better than those in the Arctic Strike. If you are a fan of the series and hungry for more content, this is a no brainer.

Everything we know about the Prince of Persia: The Sands of Time Remake

10 games by Black developers to check out