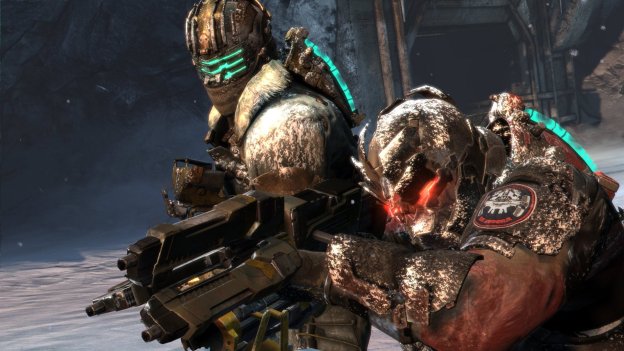 When Dead Space 3 revealed that it would feature co-op functionality that was deeply ingrained in the game, fans on the Internet reacted in a way that only fans on the Internet can: they raged. The objection was simple and fundamental; Dead Space is a survival horror franchise, and including a co-op function will do to it what it did to the Resident Evil franchise. It turned the survival horror series into action horror.

One of the things that rubbed people the wrong way with the Resident Evil treatment was that the franchise was always designed to be a single player offering, but then suddenly introduced a component that radically changed the way the game played. That series was introduced in 1996, and for over a decade the franchise grew based on what that first game established. Then it all changed, and not for the better.

So when Visceral announced that Dead Space 3 would feature co-op, you could almost see the internet fanbase collectively groan. There were fans that kept the faith, but to many it felt like the series was shifting away from its core identity. Turns out though, that’s not the case at all.

“Dead Space 1, believe it or not, when we were finishing that game up we messed around with turning on co-op at the very end of the development cycle, just to see if we could do it,” Papoutsis told us in a recent interview.

Dead Space 3 was designed to be played as either a single player campaign or with a friend via co-op. The single player campaign will once again put you in the shoes of the beleaguered engineer and monster-magnet, Isaac Clarke, but it will also feature drop-in/drop-out co-op, with the second player taking the role of EarthGov Sergeant John Carver. When you play solo, the character of Carver makes the odd appearance, but will leave you on your own for the most part, while the co-op will have Isaac and Carver fighting side by side. The two modes will make the game feel much different, but both modes are complete and gamers will have the choice of how to approach it.

There will even be certain occurrences specific to each character. For example, Isaac – who is dealing with an increasing amount of insanity thanks to his encounters with the “Markers,” the objects that created the horrific necromorphs – could face a bout of hallucinations. While he is incapacitated, the enemies may take advantage and attack Carver, who will be left to fight them off on his own. The two characters will work together towards the same end goal and finale, but there will be some variations on the path they take.

This will be something completely new for the franchise, but not to Visceral.

“We weren’t going to add [co-op to the first or second Dead Space], because clearly you have to think about that way in the beginning, and the environment has to be just so. It has to be part of the plan, it’s not a thing you just turn on,” Papoutsis told us. “But it was something we turned on just to experiment with, and we said ‘wow, that’s kinda cool, that could be cool someday, let’s keep that in the back of our minds.’ And there you go, bam, Dead Space 3 co-op.”

We’ll have to wait until February 5 when Dead Space 3 is released for PC, PS3, and Xbox 360 to see if it all works, but it’s good to know that this isn’t just something that was tacked on, or added as a way to keep the series fresh. It was always there in the minds of Visceral, which should put fans slightly more at ease when they return to the horror filled world of blood, gore, and needles injected into eyes. Then again, maybe not.