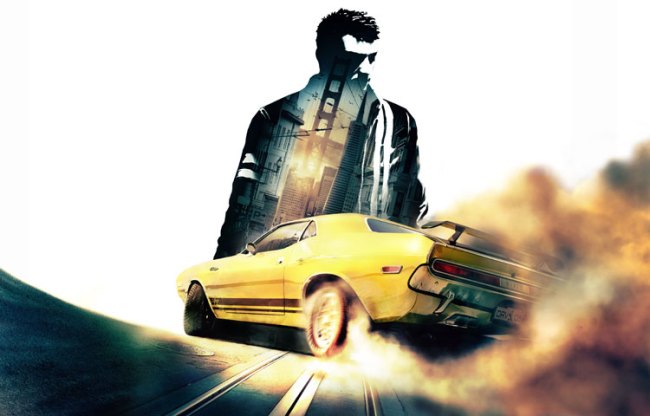 In 2006, following the critical and commercial flop of the last Driver game, Driver: Parallel Lines, the former publisher, Atari, sold the franchise to Ubisoft along with the developer Reflection Studios. Ubisoft planned to revitalize the once best-selling franchise, and four years later, they have done just that.

The last few Driver games were not what one might traditionally consider good- or successful for that matter- so it is no surprise that when bringing the franchise back, Ubisoft decided to start from scratch and stick with the things that worked while improving or discarding those that didn’t. Gone are the thinly veiled attempts to emulate the Grand Theft Auto series, instead the franchise returns to what made it great- the driving. And it is a much welcome return.

The game begins with the original protagonist of the series, John Tanner, chasing his longtime enemy Charles Jericho, following the end of the third Driver game that seemed to show Jericho die. As Tanner is chasing Jericho, he is involved in a devastating car crash that leaves him in a coma. The game is the result of Tanner’s dream world, and while that might sound like a weird setting, it opens up some interesting gameplay mechanics that would otherwise be difficult to explain and still keep any sense of emotion and realism.

While still clinging to a semblance of reality in terms of the driving physics- well, as realistic as the Driver physics have ever been- being in the dream world allowed the developers to try out new things that would be impossible to do without sacrificing the sense of realism in the game. Sure, games where a single player burns down a crowded street at 150mph while weaving through oncoming traffic to try to ram someone off the road might not be the most realistic thing in the world, but it works in terms of the logic of the game.  If you could suddenly switch cars on the fly, it might feel somewhat cartoony in a real-world(ish) setting, and rob the game of any dramatic tones it was going for with the story.  It would be fine in an arcade setting, but it would ruin a well plotted story. By transporting the game to Tanner’s dreamworld, the game do whatever it wants while still keeping true to the emotions the developers are attempting to convey.

The biggest example of a gameplay mechanic that would probably not work outside of the dreamworld is the “shift”.  The shift allows you to change from car-to-car on the fly, putting you in the position to manipulate the entire street around you, transport you to the other side of the map, and turn every car you see into a potential ally. To activate the shift, you simply need to fill up the shift bar, which is done by driving into oncoming traffic, power sliding, drifting around corners, or a dozen other ways.

The shift changes the dynamic of the game in several ways, and Driver: San Francisco will likely live or die based on whether or not people like it.

The entire game of Driver: San Francisco is played in cars- unlike some previous games that badly tried to copy the GTA method of running on foot until you find a car.  The shift mechanism replaces that.  To switch cars, you simply need to activate the shift, which changes the camera to an overhead view. You then zoom in on the car you want, and take it. Beyond just being a neat gimmick that can transport you anywhere on the map to any waiting car, it also becomes a vital element to the missions. Instead of just chasing someone down and running them off the road, you can set them up and force them into a lane, then quickly jump into an oncoming car for a head on collision, then jump back to a nearby car and watch the fun.

Chase missions are radically different as well. You can now switch into cars that are a little further up the road, set traps by positioning the car in one direction- switching to another car and pointing it in the same way- then switching to a chase car to force your target into a waiting-to-happen crash. It also creates interesting teamwork scenarios. In one mission you might find yourself in a police car, paired with another officer driving next to you. With ease, you can switch between cars and box in your target, or set up one of the cars as a blocker before ramming your prey off the road.

The shift also eliminates long, drawn out treks from location to location. While you are playing, the game tries to recreate a living world around you, and each time you shift into a new car you are essentially taking over someone else, and frequently you will hear the passenger continue the conversation they were just having. If you pull the camera up into the map, you can listen in on a handful of conversation before more and more of the talking overwhelms the sound. This is also a slick way to introduce new missions. When you begin to listen to the conversations, you will eventually focus on a relevant conversation, such as an officer calling in for backup.

The graphics also show a great deal of attention, and San Francisco becomes a character in the game with photorealistic accuracy. The game features a staggering 208 miles of drivable roads, making it one of the biggest open world driving games ever made. It feels alive and vibrant, and the cars populated throughout add to that feeling. One of the biggest changes to the Driver series is the inclusion of licensed vehicles for the first time. Over 120 vehicles will be included, and they will all be fully damageable.

Another new addition to the series will be multiplayer. Ubisoft and Reflection are promising nine types of online play, including trailblazer, where players will attempt to stay in the highlighted path of the AI-controlled car while gaining points for the amount of time you stay in the path without an opponent cutting you off, knocking you out, or shifting to a car ahead of you and causing a wreck to take you out. The other multiplayer modes are being kept under wraps for now, but we should soon begin to hear more about them as the game gets closer to its release sometime this fall.

Driver: San Francisco reinvents the series, while simultaneously returning it to its roots.  We should be hearing a lot more about this game in the coming months.

Warning: This trailer may not be suitable for all ages.