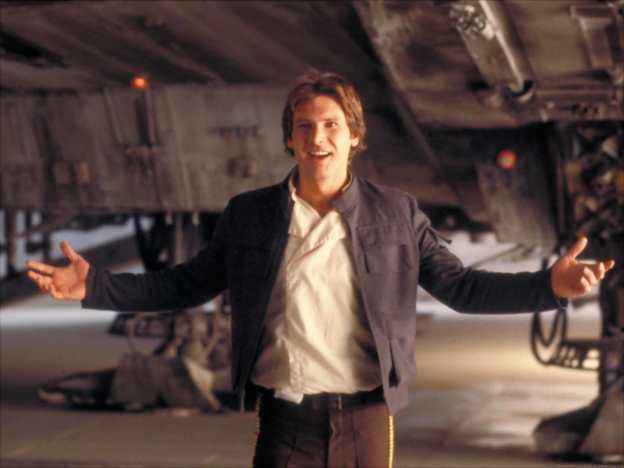 If you do a quick Google search for the exact phrase “Star Wars,” you will find 278 million results. There is a wee bit of interest in the franchise, interest that has no doubt increased by the recent explosion of news that began with Disney purchasing Lucasfilms for $4.05 billion.

If you consider yourself a Star Wars fan and have access to the internet but aren’t aware of all that has transpired, please hang your head in shame. The short version of what is easily becoming one of the biggest stories in movie news for years is that Disney has plans to bring the Star Wars franchise back to the big screen in a big, big way. Episode VII is planned for 2015 and JJ Abrams is confirmed as the director of the first film in the proposed trilogy. There are plenty of spin-off films in the works as well, including two confirmed films, one starring a young Han Solo, and the other starring Boba Fett set during the original trilogy. But so far there hasn’t been much news regarding casting.

Earlier today Latino Review broke the news that Harrison Ford has agreed to return to the role of Han Solo.

Details have yet to emerge, but sources have told Latino Review that the deal is done in principle, and that it is a significant contract. That is, of course, something that is up to interpretation. The deal seems to be large enough that it will be more than a cameo though, and Ford will play a significant role.

It begs the question of just how big of a contract it is that Ford signed? Studios do love their multi-film deal contracts. Will he be contracted for all three films of the new trilogy as well as an appearance in the spin-off? Those details will certainly be scrutinized once the deal is officially announced.

It seems all but certain that he will pick up the role of an aged Solo in the upcoming Episode VII, but there is also the spin-off movie to consider. If Ford is onboard, it would make sense to tie what is essentially a flashback movie, set before the events of Episode IV, into the later framework. That film will need to cast a younger actor to play the youthful Solo, but it is conceivable – even probable – that the filmmakers would want Ford to have some screen time.

Rumors (and these are, of course, rumors) have been that the next trilogy will focus on the next generation of the characters from the original trilogy, including the children of Han Solo and Princess Leia. If that is the case, you can expect the filmmakers to also pursue Carrie Fisher and Mark Hamill to star. Of the original cast though, Ford was easily the most in demand, and one of the most reluctant to indulge in his Star Wars fame. Ford repeatedly asked to be killed off in Return of the Jedi, and during filming of Empire Strikes Back, no one was entirely sure if he would be back for the third film at all. His signing seems to clear a major hurdle, as the rest of the cast may be easier to line up.

How to play co-op in Lego Star Wars: The Skywalker Saga