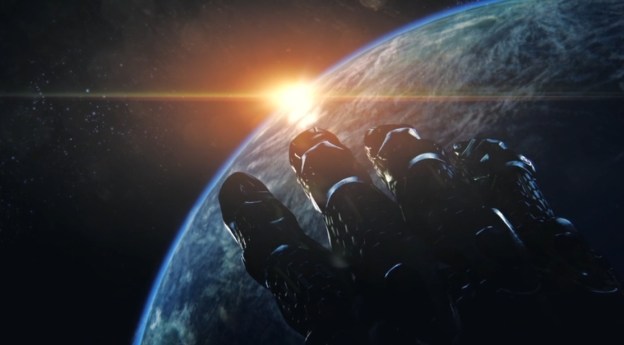 Director Albert Hughes is the older half of the Hughes Brothers Hollywood duo, although he’s older by only nine minutes. The Los Angeles based siblings hit a home run in 19913 with their first film, the gritty street drama set in South Central LA, Menace II Society, which paved the way for their followup up, the heist drama, Dead Presidents. After working on the HBO documentary, American Pimps, the brothers reteamed for a mainstream Hollywood adaptation of From Hell, based on Alan Moore’s graphic novel about Jack the Ripper. Most recently, the directing duo partnered with Denzel Washington on the Warner Bros. blockbuster, Book of Eli. Most recently, the duo set a small portion of the internet ablaze with the news that they were working on a live action version of the manga-turned-turned property, Akira. After nearly a year and a half though, the brothers announced that they had left the project, which is now in limbo.

Following from , the Hughes brothers decided to work on separate projects. While Allen has the 2013 Broken City starring Mark Wahlberg and Russell Crowe, Albert has gone virtual for the first time in his career. He’s been working with Electronic Arts and German game developer Crytek on a Web series for the sci-fi shooter, Crysis 3, which will be released for PC, PS3, and Xbox 360 on February 13. We spoke with Albert about directing “The 7 Wonders of Crysis 3,” and he explains why both he and his brother had to go cold turkey on video games in this exclusive interview.

What are your thoughts are on what they can create with video games today?

I was pretty blown away because I’ve been away from videogames since like the late ‘90s and early 2000s. When I saw the game engine and the cranes they were using when I went to Germany, I was just like, “Wow.” I saw the Crysis games they’ve done and just the lighting alone blew me away and the detail of all the graphics. Then when I went and saw how they were doing it and they talked me through all this stuff, to me it’s very similar, in a way, to what we do with movies. The only difference is the graphics are way more advanced.

They were going to show me little things like how they diffuse the lighting, where the light source comes from and things like that. Even when I was doing pre-vis (pre visualization), I never saw anything like that. It’s a full-blown thing they’ve got going there. It’s like making a movie, and I compare it to pre-vis in that way, but the most spectacular thing is how realistic everything is in real-time.

What impact did the game technology have creatively on allowing you to bring this new Web series to life?

It’s like anything is possible in a way. Sometime it’s a dangerous thing in a filmmaker’s hand, and even a video maker’s hands, when you know you can pretty much do anything you can imagine. If I compare it to an animated movie, sometimes the directors and designers are so excited about technology that they just go ape wild over camera and lighting, and they’re not really using it as a tool.

My whole thing was just let me just look at this like it’s a film and try not to overuse the stuff with a style over substance type of thing by doing all this trickery. Instead, I approached this like it’s a normal cinema camera. Sometimes you’ll get away with more than you will with a camera, but you have to pick and choose your spots and not be heavy-handed about it. That was more of a conscious thing I had to look at when I was doing this.

Yeah. That’s true. I forgot about that because I’m so far behind in my whole personal use of things. I don’t really get into that stuff. I’ve been over to a few friend’s houses’ and I’m like, “Wow, it can actually go on YouTube and watch things on my TV now. But I’m still watching the same 27-inch VCR-TV combo pack that I had back when I was 18.

Finding VHS tapes must be difficult these days…

I haven’t touched the VHS in years, but it’s a TV that had that combination and it’s a mono speaker. My brother is more into the home theater experience. I know how to do it all. I edit in my off time and I know all those tools. But if I want to go see something in its proper format, whether it’s a Web series or a movie, I go to the theater or I go to a big screening room to see it. I’m not trying to keep up to date at home because it’s like trying to keep up with Apple, and you’ll go broke doing that.

What’s the last memory that you have from when you used to play video games?

When I played video games I was more interested in sports games. Why games are so dangerous for me – and dangerous for lots of people in a good or bad way – is that it took up so much time because I wanted to master it. I did master some games. I mastered them so well, that I retired my friends from playing. I would make playbooks for Madden NFL Live. I would print up massive coach-like playbooks and laminate them. I remember running into the room one day with like 10 of my friends and they saw me do that and they wouldn’t [play] us anymore. Me and my brother – we were doing this documentary American Pimp at the time – and we were going all around the country. All the pimps and hip hop guys were into NBA Live and we beat everybody at that game because we would play with a full-on joystick, not a little hand controller. We would play with the old school joystick and that gave us more control over the movements of the players. We’d do this like 12 hours a day nonstop and that’s probably why we didn’t make that many movies during that period.

What did you learn about gaming from that experience?

What I found is if you’re going to be a gamer – and like most gamers out there it’s a professional attitude – you’ve got to go at it for hours and hours and hours a day to get really, really good at it. And we did. We got really good at it, but it took away from the rest of life, basically. That’s the most searing gaming memory to me and I don’t think I want to go back there.

Speaking of professionals, there are actually pro gamers now who get paid to play games.

Are they hired by the companies or are they just playing each other?

There are leagues and they compete in front of huge crowds while others at home livestream the games.

Oh, my god. What a sick world we live in.

What’s next for you after Motor City?

Motor City shut down weeks before I was shooting. It was my late-term abortion, I guess. I was really excited about that one because it was basically everything I learned since I was little put into one movie. It was a movie with no dialog, so it was a strictly visual storytelling. I don’t know what’s next right now because I took a whole month after that. And right now I’m doing this Crysis 3 stuff, which has been going on probably seven or eight months now. At first the involvement was not supposed to be as in-depth. Originally the way it was proposed to me was every week I’d check in and start working on certain things, but what I found out about this Crysis 3 thing, once we started working on it is it’s almost like making a movie. It’s full-on every hand on deck. I didn’t expect that. I thought it was going to be more like a commercial or short film. Right now I’m just reading scripts for the movie, but I can’t really take on anything until I finish this, which I think goes well until after March.

What do you like about working on this Crysis 3 series?

What’s your favorite piece of technology or gadget and why?

And it can’t be the TV/VHS combo.

No, it’s not that. It’s for sure not that. I’m learning to really resent that one. It would have to be my laptop. Everybody I know calls my computer my girlfriend. So my laptop and my iPhone, but I’ve got a love/hate relation with the iPhone. I’ve been with Apple since 1982. I’ve been on Mac since ‘89 and Apple is just like crack dealers. I would say it’s my laptop because everything I do when I shoot photos or whatever, I’m in Photoshop or edit with Final Cut Pro or the Web. It’s everything. I’m not a big iPad guy. I think the iPad is like a souped-up iPhone.

What particular Mac do you use?

The one they discontinued, the Mac Book Pro 17 inch. I know I have to upgrade my computer. There’s no CD or DVD drive. It’s just getting crazy out there. I don’t like where it’s going with Apple right now.

Best gaming laptop deals: Save on Alienware, Asus and more
The best PS5 headsets for 2023
The best game-streaming services for 2023
The best capture cards for 2023: Xbox, PlayStation, and PC
Marvel Snap Battle Mode: How to play Marvel Snap with friends
Best Gaming PC Deals: Save on RTX 3070, 3080, 3090 PCs
The best video game remakes reinvent the classics, they don’t just revisit them
Best Buy will give you a $10 to pre-order Hogwarts Legacy today
Save $620 on this Lenovo gaming laptop with an RTX 3070
AMD vs. Intel: which wins in 2023?
Forspoken settings: change these settings for a better experience
Add 2TB of storage to your PS5 with an SSD and save $70 with this deal
Fall Out Boy concert in Fortnite: start time, island code, and more