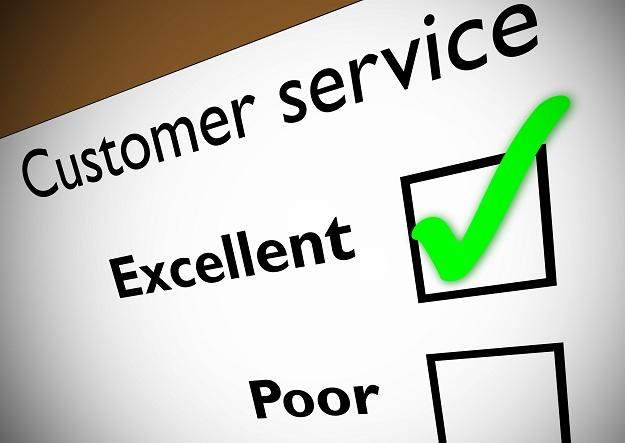 For decades, we have all heard the expression that there is no such thing as bad press. This is wrong. Perhaps that may have been true 20 years ago, but things are different now. The internet can be a cruel mistress, and thanks to the whims of a socially connected world, even a little faux pas can turn a minor issue into a major one. Occasionally things that are taken out of context or misconstrued can become a defining factor for an individual or a group, usually unfairly. This is not one of those times.

It’s hard to misinterpret a company’s representative telling a customer to “put on your big boy hat and wait it out,” before threatening to sell the customer’s item on Ebay. But that is exactly what happened when a customer named Dave emailed Ocean Marketing to ascertain the status of an order he had placed several months earlier for a peripheral that works with gaming controllers, called The Avenger.

After the estimated release date came and went without notification or a status update of any kind, on December 16 Dave decided to email and ask for a status update. Enter the world’s worst customer service rep: Ocean Marketing’s own Paul Christoforo.

Now, Dave didn’t email with fire in his keystrokes. He did not begin the email with “Dear Dirty SOBs,” or disparage anyone’s mother. He was obviously a bit annoyed, but was still respectful and even ended the email with a compliment of the products and a nice goodbye:

“I ordered 2 of the upcoming PS3 controllers (invoice xxxxxxxxx—Nov 3, 2011). Any chance of getting an update of when these items will ship? I’m not really happy about being forced to pay upfront then have the advertised date of “Early December” be completely missed without any sort of update on availability. I really need one of them for a X-mas present as well. Anyways, looking forward to finally using one of these bad boys. Thanks and happy holidays.”

Apparently this was the wrong thing to do. The next few emails were a lesson in minimalism from a customer service rep. Rather than simply replying to the first email and giving a full status update, including a new shipping estimate and reason for the delay, Christoforo began to drag out the email thread with frustratingly vague responses.

The first reply came with the cryptic and vague response, “Dec 17.”

Christoforo then emailed back a single sentence that was as confusing as it was grammatically painful, “They still haven’t shipped yet on the way here from China.”

This went on for a while.

Dave continued to email Christoforo, attempting to squeeze at least an ounce of actual useful information from him. Through several emails, it became clear that the product was in the country, but had not yet shipped, and likely wouldn’t arrive in time for Christmas.

Dave, who must have been getting increasingly frustrated, then asks why new orders are promised $10 off, while he has been waiting 2 months and received no benefit for his loyalty. He suggests that maybe it would be better to cancel the order and replace it at the new discounted price. He also asks an honest question about a compatibility issue with another product. Christoforo’s answer is equal parts baffling and hilarious (for everyone but Dave, probably).

“Yes it can be used with xtend play if you remove the stand and no one is allowed to cancel and re order if we catch anyone doing it we will simply just cancel your order all together and you can buy it retail somewhere else.

“Things happen in manufacturing if your unhappy you have 7 days from the day your item ships for a refund. You placed a pre order just like any software title the gets a date moved due to the tweaks and bugs not being worked out and GameStop or any other place holds your cash and im sure you don’t complain to activision or epic games so put on your big boy hat and wait it out like everyone else. The benefit is a token of our appreaciation for everyone no one is special including you or any first time buyer . Feel free to cancel we need the units were back ordered 11,000 units so your 2 will be gone fast. Maybe I’ll put them on eBay for 150.00 myself. Have a good day Dan.”

Let’s break it down, shall we? In one email, Paul goes from unhelpful to downright hostile, insults Dave repeatedly, and inflates the status of the product to near mythical levels. It is like the bad customer service rep trifecta.

Dave decides that it is time to take the gloves off. His next reply is much longer and lays out his dissatisfaction. For good measure he also CCed several gaming websites, including Kotaku, IGN, and the Penny Arcade website–who have a full transcript of the conversation.

Even with multiple parties now involved, rather than simply acknowledging that they got off on the wrong foot and defusing the situation in one of a dozen different, painless ways, Christoforo decided to go in the opposite direction, and instead insults Dave repeatedly before calling him a child, claims that he knows the editors of many of the websites included in the email, and then sort of just loses his mind somewhere along the way.

“We do value our customers but sometimes we get children like you we just have to put you in the corner with your im stupid hat on. See you at CES , E3 , Pax East ….? Oh wait you have to ask mom and pa dukes your not an industry professional and you have no money on snap you just got told.”

Now, Paul has made numerous interpersonal mistakes at this point, but perhaps none so foolish as bringing up Pax East. This caught the attention of Mike Krahulik, one of the people behind the Penny Arcade website and subsequent expos on the East and West Coasts. Krahulik replied and let Paul know he will be cancelling any booth Ocean Marketing has at Pax East. Undaunted, Christoforo decided to further ratchet up the rhetoric, and in the process not only insults one of the more influential groups in gaming, but also becomes a source for what will undoubtedly turn into several internet memes (see image on the right).

After insulting the Pax East show and claiming that he personally knows the show organizers, Christoforo somehow manages to work in that he knows the Mayor of Boston. It was weird.

“OK Mike whatever you say lol , are you sure hour not in Boston I spoke to the person who ran the show in Boston last year. If you let some little kid influence you over a pre order then we don’t want to be a your show ,Ill be on the floor anyway so come find me , I’m born and raised in Boston I know the people who run the city inside and out watch the way you talk to people you never know who they know it’s a small industry and everyone knows everyone. Your acting like a douchbag not that it matters pax east pax west , e3 , CES , Gamer Con , SSXW ,Comic Con, Germany I’m all over the place. If we want to be there we will be there with industry badges or with a booth you think I can’t team up with turtle beach , Callibur or Koy Christmas , I can’t get Kevin Kelly to pull some strings or G4 , Paul Eibler Ex CEO of take 2 , Rich Larocco Konami , Cliff Blizinski Epic who were working with on a gears version , Activision who were working with on a MW3 and Spider man Bundle , The Convention Center Owners themselves , Mayor of Boston come on Bud you run a show that’s all you do and lease a center in Cities you have no pull in its all about who you know not what you do. I’ll see space where ever I want , with who I want when I want and where I want so many ways around you and so many connections in this industry its silly. Anyway , I have no issue with you Sean Buckley Engadget, Scott Lowe IGN and the list goes on and on. Little kids unhappy with a PRE ORDER starting trouble and you email that to us , he’s a customer unless you’re his boyfriend then you should side with the company not the customer. Be Careful”

Eventually Paul seemed to regain some semblance of sanity and tried to smooth things over with Krahulik, who doesn’t bite. Paul then signs off with series of insults to Penny Arcade and a handful of threats, including the promise to have his marketing team begin a smear campaign.

Well, the good news for Ocean Marketing is that in a way Paul was right, they are getting a lot of attention right now. So much so that the site’s Twitter feed, @OceanMarketting [sic], was flooded by so many negative comments that it changed names to @OceanStratagy [sic]. IGN editor Scott Lowe, who Christoforo cited as a personal reference, posted on Ocean Marketing’s Twitter page that IGN does not support any of the comments he made and that their dealings have always been marred by unprofessional behavior, and Engadget echoed that sentiment. As for the product, the Amazon page for The Avenger controller has had well over 100 reviews today so far, all of them negative 1 out of 5 star reviews, all citing Ocean Marketing as the problem (with the exception of one 5 star rating that was meant as a joke).

You almost have to admire Christoforo’s utter disconnect with reality. Not only did he insult a paying customer for no real reason, he also insulted a trade show organizer, the editors of several well-known websites, and seriously damaged the reputation of his own company. But hey, at least people know about The Avenger controller now, so mission accomplished.

Topics
How to connect your phone to an Xbox One
How to connect your AirPods to an Xbox One
How to transfer your Cyberpunk 2077 save from Xbox One to Xbox Series X
How to take a screenshot on your Xbox One
The best PSVR games for 2023
Like a Dragon: Ishin’s Trooper Cards are full of cameos, including Rahul Kohli
How to romance characters in Fire Emblem Engage
How to eliminate enemies with no ranged weapons in Fortnite
Fire Emblem Engage gift guide: every character’s favorite gifts
Call of Duty: Warzone 2.0 Season 2 will finally fix its looting system
The best capture cards for 2023: Xbox, PlayStation, and PC
Best Gaming PC Deals: Save on RTX 3070, 3080, 3090 PCs
Every video game delay that has happened in 2023 so far