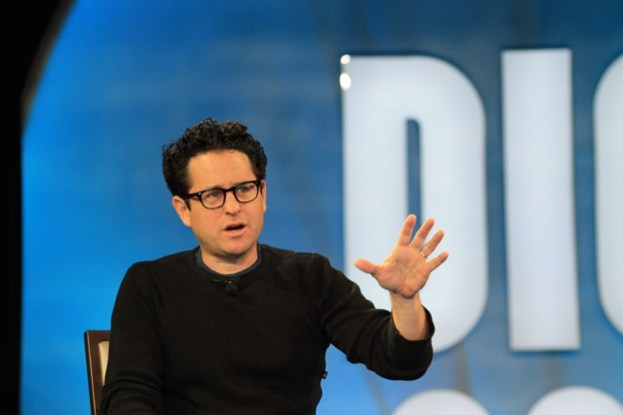 D.I.C.E. Summit 2013 opened with a fight. No one got hurt, but it was a heated exchange of blows nonetheless between two giants in their respective industries. Valve Corporation’s Gabe Newell and Bad Robot’s J.J. Abrams sat together for a discussion of the challenges facing multi-disciplinary creators telling stories across platforms.

Their dueling opinions highlighted the most fundamental divide between game and film. In one corner: Newell’s pro-games platform. Player choice is key, it drives the appeal of the experience, he argued. Films travel along on a fixed path, even when – as in the case of the idiot Cloverfield protagonist refusing to put down his camera that was demonstrated in a clip – that path doesn’t necessarily make sense.

Abrams capably held his own in the other corner, pointing out that freedom isn’t always a positive thing. A series of Half-Life 2 clips demonstrated his point, with key expositional moments playing out as the player did anything but pay attention to the information being imparted.

The friendly debate served to highlight the tension between the two mediums. Films eliminate any possibility of decision-making and, in doing so, diminish the sense of investment in the viewer. Games, on the other hand, run the risk of giving players all the rope that they need to hang themselves.

The pair circled around these fundamentally conflicting perspectives using a series of game and film clips through the rest of the keynote. Both agree that hooking the entertainment consumer by way of investment in the story is vital, but a difference of opinion exists over the strategies employed by each for doing so.

Ultimately, the see-saw exchange never found its balance. Both men offer valid points, but there’s no clear middle-ground, no mathematical formula that balances between too much and not for the entertainment consumer. Rather than ending in a period or an exclamation point, the talk concluded with an ellipsis.

Valve and Bad Robot will collaborate. This means a game shepherded by Bad Robot and a film by Valve. Both Abrams and Newell agree that a clearer dialogue needs to exist between Hollywood and the game development community, and their collaboration represents an important step in that direction.

Will they find their way to that magical mathematical formula? Probably not. Creativity is hardly so black and white. They will, however, discover and embrace new ideas from the two opposing mediums and, in doing so, bring yet another layer to this ongoing conversation. The fight will surely rage on, but the newly open dialogue will benefit us all.

With three new games in development, Valve is showing its commitment to virtual reality