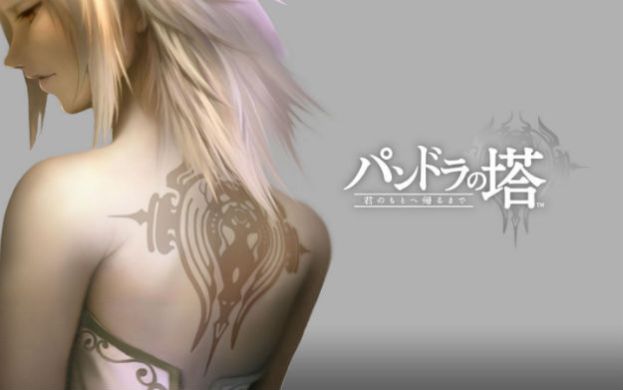 Xseed is no stranger to bringing games to the United States that are likely to reach only a small audience. The publisher was opened in 2004 in the grand tradition of game publishers like the now defunct Working Designs, the company that brought Japanese games like Lunar: The Silver Star for the Sega CD and later PS One and Slipheed: The Last Planet for the PS2 to American shores. Its goal: To release in the US the best and brightest Japanese video games that larger publishers will ignore, even if they already own the game. Xseed is notorious for picking up games abandoned by Namco Bandai, Capcom, and even Nintendo in the international market, then finding success with titles like Fragile Dreams, Sky Crawlers, and The Last Story.

Xseed’s marquee Spring release, Pandora’s Tower, highlights another peculiar trait of the publisher, though: It releases games for platforms that have been all but abandoned in the Western market. On Jan. 15, it release Corpse Party: Book of Shadows for the PSP, Sony’s 9-year-old console that’s all but dead. That was the publisher’s second release on PSP in the past year, joining Unchained Blades as one of the last English games to possibly ever hit the system. Pandora’s Tower, an action RPG, may turn out to be the last Wii game published in the US. Why support dead platforms? Because people want to play them.

Digital Trends spoke with Xseed vice president Ken Berry about his publisher’s strange business choices, the benefits of publishing on seemingly unpopular platforms, and what’s next.

Xseed has been one of the more adventurous Wii publishers in the United States, pushing games like Fragile Dreams, Sky Crawlers, and others that didn’t enjoy big Internet followings like The Last Story. Why has Xseed stuck by the platform?

We have to be platform neutral and willing to publish the best games available to us, no matter what the platform. With that said, we’re especially proud of the titles we’ve published on Wii since so many of them are category leaders or significant in some way—Victorious Boxers: Revolution was the first boxing-dedicated game, Sky Crawlers was the best flight sim, Fishing Resort was the best fishing game, Little King’s Story was arguably the best strategy game (or whatever hybrid genre it would classify as), Rune Factory: Frontier was one of the top ten most played games on the system for a very long time. Ju-on: The Grudge was… well, let’s not talk about that one.

The same could be said of the PSP. Just this month Xseed published Corpse Party: Book of Shadows, a game targeted at an even smaller niche than the usual RPG crowd since it’s also a horror game. Why stick with the PSP?

The PSP is unique in that it was so wildly successful in Japan relative to other territories that when developers are making content for it, they don’t consider the international market at all since they are banking on Japanese sales alone. Even now there are still a lot of new games being made for that system as developers want a sure thing rather than transition over to Vita just yet. This creates an abundance of great PSP games in Japan that don’t get localized for overseas, so if we find compelling content and can make the numbers work out somehow. Even with somewhat low sales expectations, we’re willing to take the risk. First, because we’re gamers and want to play these games in English ourselves, and second, our initial investment is small enough that if it sells even remotely well then the title can be profitable.

Why are publishers so reticent to continue publishing on platforms like PSP and Wii so quickly when those machines have huge, established audiences? What makes a platform “dead” in your eyes?

It’s a combination of retailers not wanting to stock software for older platforms as they reallocate what precious little shelf space they have to software for new hardware, lower anticipated sales volume and lower sales price for each unit sold. All the excitement, and higher price points and profit margins, are with the new hardware so focus shifts quickly for both retailers and publishers. A platform isn’t truly dead until all new software ceases to release on it, which in this day of digital distribution could take a very long time.

With the exception of Solatorobo, Xseed has all but abandoned the Nintendo DS. What was different about that platform compared to the PSP and Wii that pushed you away from publishing there? There are plenty of import-only DS games that US fans are still clamoring for.

Cartridge-based media is much more expensive than disc-based, plus with the PSP we had the great additional revenue from the PlayStation Store digital sales as all new UMD releases had a digital version for sale from day one.

Why do you think The Last Story for Nintendo Wii was so successful for Xseed? Do you think Pandora’s Tower will match its sales?

I think it was successful mainly because it was a fantastic game with a great pedigree of [Final Fantasy creator Hironobu] Sakaguchi-san and Nintendo behind the development. Informed gamers had been tracking it since its first public appearance in Japan and knew that this was a gem to add to their gaming collection. We do not expect Pandora’s Tower to match its sales as we will be even farther along the Wii’s lifecycle by the time it releases, but we do still expect a strong showing thanks to the great support from the fanbase for these JRPGs on Wii.

What are the challenges in marketing a game for a console that’s fallen out of the popular dialog with gamers and the press?

The main challenge is how to market the game in stores on a retail level because you’re not sure if and how much support the retailers are going to give a title on that platform. We really need to focus on driving demand with the fans and having them dictate to the retailers with their pre-orders, which titles need to be supported.

It was unusual for Nintendo to license one of its Japanese-published titles to a third party in the US. With Pandora’s Tower, it’s becoming a trend. Do you foresee being able to continue working with Nintendo on projects like these on the 3DS and Wii U? Do you feel like Xseed’s relationship is unique, or do you get the sense that Nintendo is more open to working with others?

I can’t speak on behalf of Nintendo, but I think this is more a special one (or two) time deal rather than any kind of trend. We had special circumstances for The Last Story where our president at the time had a very good working relationship with Sakaguchi-san from their days together at Squaresoft, and our parent company was involved in the programming for that title. Getting The Last Story to market for us was a very smooth process, and since it worked out so well for both us and Nintendo, Pandora’s Tower was just a natural extension of that “one time” deal.

Are there are any other Wii games that Xseed is considering publishing before leaving the system behind? Please say Captain Rainbow.

I think I’ve said this before in a previous interview, but I really mean it this time when I say that I think this will be the last Wii title we publish. Of course things could change if a great Wii title were to fall upon our lap or digital distribution for that platform took off, but as of right now Pandora’s Tower will probably be our final Wii title.

Xseed recently started looking for a Mobile Online Game Operations manager. How will Xseed approach the mobile gaming market? Are there older iOS and other mobile titles from Japan that Xseed thinks will connect with its audience here?

Our parent company, MarvelousAQL, has a very successful mobile business in Japan, and they are the one taking the initiative to start up a new mobile business in the US. They have a great catalog of mobile and social games that they can start bringing over from Japan, and they will publish those with original titles that are being developed here. Our mobile offerings may be more oriented for the mass market than our console RPG fare, but we will always look for games that we think our core fanbase will enjoy.

Has Xseed considered localizing games for even older consoles that are now more accessible to players thanks to digital distribution? Would Xseed ever consider localizing a Super Nintendo or PlayStation game for example?

Afraid not. There is a limit to how far back we can go when localizing games, mainly due to the technical side of having access to the original source code and development team in order to implement the localization programming. Even if the technical side worked out somehow, the challenge then becomes the business side as games that old would likely sell for $4.99 or $9.99 tops, meaning that we would have to sell hundreds of thousands of units to justify the costs and manpower. Too much allocation of resources for too small of a payoff, so our time and energy is better spent on more recent releases.

What merits do you see in releasing unlocalized imports like MonkeyPaw has done on the PlayStation Network?

There’s definitely a great merit for the gamers that get a chance to play games that they wouldn’t have been able to otherwise. From a business standpoint, it’s a great almost risk-free business, if you can find and license the right content.

So… how about a localized Retro Game Challenge 2 on eShop? Please? PLEASE?!

I think you’re asking the wrong people. We loved the original game so much that we really went way above our comfort zone on the investment it took to bring the game over here. It was an incredibly expensive project due to multiple IP owners and the extensive localization programming necessary as it was never intended to be sold outside of Japan. Our love for the game blinded our business reasoning as it was about three times as expensive to license as a typical DS game at the time, and it came back to bite us in the end when sales didn’t live up to our expectations. Even if the IP holder was open to us licensing the sequel, we can’t go into a project knowing that we’re going to lose money, no matter how much the gamer inside us wants to.

Topics
Video-editing app LumaFusion to get a Galaxy Tab S8 launch
This console generation isn’t about games or hardware. It’s about services
The best Nintendo Switch games for 2023
The Nintendo Switch games with the best graphics
Our most anticipated Nintendo Switch games of 2023
How to get all Emblems in Fire Emblem Engage
Fire Emblem Engage bond levels: how to get max Bond Levels fast
Marvel Snap Battle Mode: How to play Marvel Snap with friends
Best Gaming PC Deals: Save on RTX 3070, 3080, 3090 PCs
The best video game remakes reinvent the classics, they don’t just revisit them
Best Buy will give you a $10 to pre-order Hogwarts Legacy today
Save $620 on this Lenovo gaming laptop with an RTX 3070
AMD vs. Intel: which wins in 2023?