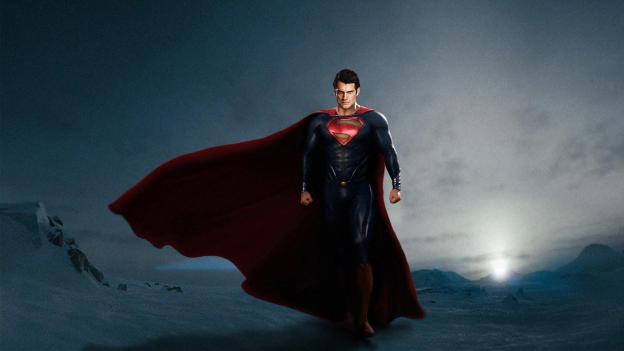 Kevin Smith isn’t typically someone you’d expect to see hawking a company’s product. He’s a DIY sensation, the architect of cult-turned-mainstream favorites like Clerks and Mallrats. He’s been known to be defiantly anti-establishment when it comes to the culture of media, yet here he is now, participating in Gillette’s Man of Steel tie-in campaign, “How does Superman shave?”

Part of the appeal for Smith comes from seeing the sort of dingy comic book shop debates that are so integral to his interests and his work, being taken up and embraced by a wide audience. “This is one of those things that, like, when I was a kid I wondered about,” he tells Digital Trends. “John Byrne, in 1986 in the Man of Steel [comic book] miniseries, which is no relation to the movie except the name sounds the same, he came up with an explanation about the laser vision into a mirror burning the beard off. As comic book fans, you’re like, ‘Okay, I buy it.’ You don’t go any deeper than that. ‘John Byrne is good enough for me. It’s John Byrne for God sakes.’ It doesn’t work like that for the mainstream.”

Now, almost 30 years later, Smith is happily surprised to see even his own mother wondering about how the last son of Krypton removes his indestructible whiskers. He’s the type of geek who would rather see his niche interests blossom beneath the gaze of a broader audience. Why wouldn’t he be? This is a guy whose earliest films featured heated debates about collateral losses in the Star Wars universe and superhero sex. He looks at Superman and sees a perfect lightning rod for focusing mainstream attention on the sort of stuff that he loves.

“I never imagined when I was writing dialogue like that, like two decades back, that that would be a viable conversation in the 21st century.”

“You’ve got a character that is older than all of us,” Smith says. “He’s 75 years old. Even your parents… are familiar with Superman. You can’t go someplace and not know who that character is. For those who only ever watched the movies… they’re like ‘Holy fuck.’ And suddenly you get this outside the movie conversation where you realize pop culture has become culture. In a world where my mother asks me about Superman’s beard? It’s the shit that I used to be ashamed to be into is now the mainstream. The things that we didn’t talk about with normal people, we only talked about with our geeky fiends, you can now talk to a layman about. It’s a fun time.”

The reality is, as ever, that it comes down to money. Superhero fiction in particular is a big business in entertainment right now, with Marvel and DC Comics properties worth billions in theaters and on TV screens. That’s not even mentioning the recent spikes in popularity around Doctor Who, around Star Wars and Star Trek, around any number of other fictional universes that used to be the domain of social outcasts and misfits.

“This shit’s in my wheelhouse,” Smith says, a toothy grin spreading across his face. “When these cats called up, I was like, ‘I was gonna talk about him anyway.’ It’s fun. I never imagined when I was writing dialogue like that, like two decades back, that that would be a viable conversation in the 21st century.”

Smith appreciates the unconventional approach, which is part of what attracted him to Gillette’s look at Superman’s shaving habits. A tie-in marketing campaign doesn’t need to be as on-the-nose as the traditional push to get people to buy stuff because it has a link to something else you like. Will the off-kilter approach sell more razors for Gillette? Hard to say. It catches the eye though. Watching the videos from Smith, from Bill Nye, from the Mythbusters duo, it doesn’t feel like an ad.

“I wonder how much longer TV has. It’s all predicated on commercials and selling ad time, but we all see that that [doesn’t work] the way it used to.”

“They’re trying to find a way to advertise that’s clever and not advertise-y. Suddenly people don’t feel sold to and it goes down smoother,” Smith says. “I wonder how much longer TV has. It’s all predicated on commercials and selling ad time, but we all see that that [doesn’t work] the way it used to. It’s tough to charge an advertiser the rates you used to when you know that not a lot of people are watching. Maybe it moves to a place where… the major networks move into subscription content. You can watch Modern Family [weekly] or you can pay $7 a month, like on Hulu or Netflix, and you can watch all of that month’s episodes right away.”

Smith has always been quick to embrace new technology; he was an early adopter of podcasts, beginning back in 2007 when the medium was still new. Successes like Hulu’s Spoilers and AMC’s Comic Book Men also exemplify what he sees as a more diverse creative playing field to work in. “Options now, there’s more options,” he says. “Now it’s easier for me to do the shit I want to do because people in the niche now, they understand. Arrested Development is a large niche, but it’s still niche. It had enough hardcore fans to bring it back and become something in its second incarnation.”

The niche becomes a viable audience to create for when digital channels establish a sort of direct delivery system. Presently, there is a focus in fiction-based entertainment on building libraries, on growing an idea into an income-producing success with help from a small-yet-focused audience. If that seemingly niche appeal then catches the attention of a wider audience, all the better.

“We’ve seen it happen time and time again,” Smith says. “The Walking Dead was a huge breakout. A genre show that pushed them into the mainstream. Netflix was very popular before Arrested Development came along, but shit, the windfall of fucking press that they just enjoyed over the last month simply for making a show that people like. Or Xbox [with its plan to produce original programming]. That changes the game. That means there are places other than the five places you used to walk into before and could be like ‘Please give me money to make my art.'”

“We’re in this place where, because of all these options, you’re going to see a lot more art. You’re going to see a lot more chances being taken. There are always going to be gatekeepers. In a world of gatekeepers, there are now many more. Suddenly you can go a bunch of other places. You can take a show or take an idea and try to grow it someplace else. It’s way more exciting.”

The Internet plays a huge role there. Anyone with a passing knowledge of Smith’s work in recent years understands what an important tool the online world is for him. Even the cult-turned-mainstream status of early works like Clerks owes much to the rise of an interconnected global network.

“We’re in this place where, because of all these options, you’re going to see a lot more art.”

“I jumped into that pool, the Internet, right after Mallrats. I started way back then and it wasn’t like, how do we make money off of it? It was just the notion of being able to talk to somebody who bought a ticket and not just read a review in a paper or have somebody tell you your box office report. The guy or the lady who actually left their house and bought the ticket can actually tell you every circumstance that led to them going to the movie, the experience of watching the movie, and then their summation afterward. Now Twitter does that at 140 characters at a time.”
“Honestly, I wouldn’t have had a career over the last 10 years [without the Internet]. I probably would have been over years ago were it not for the digital world, were it not for the world of online. I’m like Lawnmower Man: there, I can make shit happen. In the real world, not so much. So I owe so much of my career to the online world, and that’s why I’m always trying to stay on top of what’s happening, because my success depends on it.”

Topics
PS4’s ‘Spider-Man’ adds two new and free Fantastic Four suits
Superman is in shackles, but the world isn’t safe in ‘Injustice 2’
Batman and Superman square off all over again when ‘Injustice 2’ launches in May
Telltale's 'Guardians of the Galaxy' game could be officially unveiled early next month
How to evolve Pawmo into Pawmot in Pokémon Scarlet and Violet
Live now: Save $50 on the Microsoft Xbox Series S Digital Edition deal
‘Wordle’ today, November 24: Answer, hints, and help for word of the day (#523)
7 video game characters who deserve a Macy’s Thanksgiving Day Parade balloon
The best multiplayer games on Nintendo Switch
The best PS5 headsets
The best Xbox Series X headsets
Save $250 on the Razer Iskur X XL gaming chair for Black Friday
This PS5 controller Black Friday deal drops the price by $20