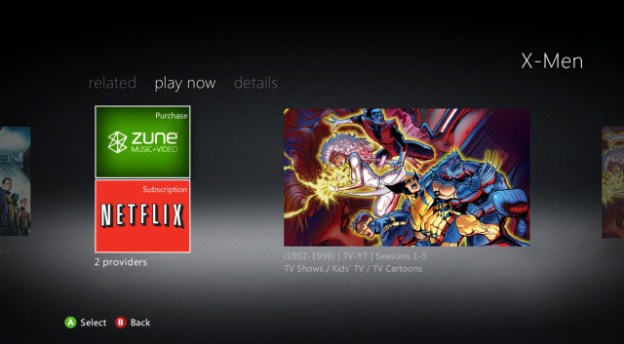 The war between traditional broadcast and cable television versus the encroaching forces of streaming media has entered a new phase. Services like Netflix are unleashing original content like the David Fincher and Kevin Spacey project House of Cards along with new episodes of Arrested Development, as well as several more projects. Amazon is developing its own kids and comedy shows, and Hulu has been putting out original shows for over two years. Better late than never, Microsoft too has been ramping up its exclusive Xbox video content. The company announced on Wednesday that it will have its first feature film debut when it offers the British film Pulp in March.

“Microsoft might not seem like the obvious partner for an indie comedy, but the film industry has changed,” Pulp director Adam Hamdy told Games Industry International on Wednesday, “Xbox 360 can instantly distribute Pulp to millions of UK customers, and publicize the release in ways that simply aren’t possible with traditional releasing models.”

“Many people in the film business talk about the threat digital media poses to film, but, as newcomers to the industry, all we can see are opportunities,” said producer Phil Bland.

Microsoft has spent the past half-decade quietly transforming its Xbox business into not just a competitor in the console gaming market, but the television and film businesses as well. What started with Xbox Live exclusive content from companies like News Corp. and Viacom blossomed into full channels for the service, including ESPN and NBC News.

2012 in particular brought Microsoft’s video content ambitions into focus. Amid rumors that the next Xbox console would be positioned primarily as a television set top box, the company hired a new executive with a wealth of experience to head up its video content production. Prior to becoming Microsoft’s Entertainment & Digital Media president in September, Nancy Tellem was the president of CBS Television Studios, where she was responsible for launching series like CSI and Survivor. “The Xbox is already a consumer favorite and we now have a tremendous opportunity to transform it into the center of all things entertainment,” said Tellem when she was hired.

The release of Pulp is just the most recent realization of Microsoft’s expansion goals. In December alone it released 43 new video entertainment apps over Xbox Live.

When the company reveals the Xbox 720 (or whatever it is eventually called) later this year, graphically advanced video games will only be one small part of a broader entertainment picture for Microsoft’s changing business.