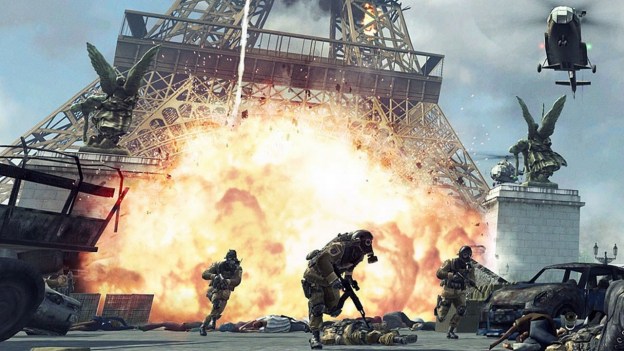 There is of course an asterisk by that figure that many will point to—namely that the cost of a video game is much higher than a movie ticket. In the case of Avatar, a fair average (and maybe even a high average) would be $15 per ticket, at the most. The average game costs $60, so obviously they are two different animals. Of course, that probably doesn’t mean all that much to Activision, who will be busy for the next few weeks figuring out where to put all its bags of money.

It is also worth noting that the record was broken in the first 16 days of the game, which means it broke the record before Black Friday began. This has been a record shattering Black Friday season, and a handful of gaming giants have already posted impressive figures from the day and week. Nintendo posted record Wii and 3DS sales, while Microsoft set the single week sales record for the Xbox 360, moving over 960,000. Activision has yet to release sales figures for the week, but you have to imagine that a game that is already the biggest title of the year would attract holiday shoppers.

“Call of Duty has become that rare entertainment franchise that transcends its own genre. Core gamers love it, as our stellar reviews show. But every year, new people are drawn into Call of Duty,” Eric Hirshberg, CEO of Activision Publishing, said. “And while the franchise continues to set records, our fans still seem to want more, demonstrated by our record setting start on Call of Duty Elite. We are committed to helping everyone connect, compete and improve their game, Call of Duty style.”

Activision has also announced that Call of Duty Elite is one of the fastest growing online services in history. The service has recorded over six million registrants, including one million paid subscribers. All in all, it is shaping up to be a very Merry Christmas for Activision.