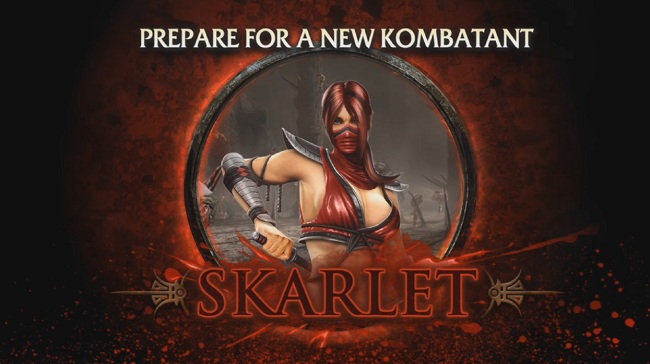 If you have played Mortal Kombat, then you have probably noticed that on the character selection screen, there is at least one empty spot (depending on which console you own it on). We’ve long suspected that there would be downloadable characters coming for the game, the only question was who would they be?

NetherRealm Studios has released a new trailer showing off Skarlet, the first DLC character to be released for the game. Although no other characters have been announced, the press release was specific in naming Skarlet “the first,” which implies that more fighters will be available in the future.

Skarlet will make her official debut next week at E3. No official release date or pricing has been given, but you can expect that in the next week or so as well.

Check out our review of Mortal Kombat, now available for the PS3 and Xbox 360.