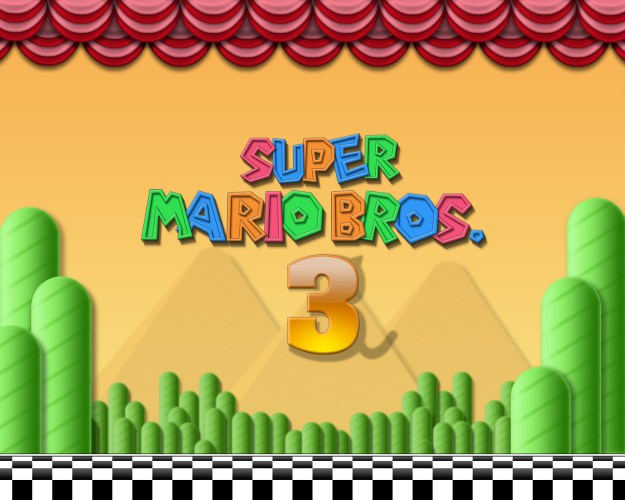 Nintendo’s mea culpa to the people that bought the Nintendo 3DS at the original asking price continues.

The maker of the Nintendo DS—the best-selling handheld video game system of all-time—were surprised when they discovered that its new system was doing poorly. Even though it had 3D! The lack of solid games was the most oft cited reason, and the dominant position of the DS made it tough to get people excited about the new 3DS. It also didn’t help that several of the features Nintendo had been touting for the new hardware, including Netflix, the Nintendo e-Shop and a web browser, weren’t available yet and no firm date of release dates were given. As far as product launches go, it was made of fail.

And then there was the price. $249.99 is a fairly reasonable price for a device that can do everything the 3DS claims it can do, but if there are no good games and some of the best features weren’t even out yet, that price tag becomes a bit harder to swallow. It also probably didn’t help much that Sony sort of kicked sand in Nintendo’s face by introducing the ridiculously more powerful and wi-fi friendly PlayStation Vita at a $249.99 price ($299.99 with 3G).

Not surprisingly the handheld did not sell well, and only 830,000 people have purchased the 3DS since launch. That number is a wee bit disappointing when compared with the Nintendo DS, which sold 144.6 million units as of December 2010, and a wee bit short of its projected sales of 16 million units in the first year.

So in response, Nintendo decided to try to win back the public buzz by significantly lowering the price of the 3DS to $170 as of August 12. But what about all the poor suckers that bought their supposedly fantastic and game-changing device (no pun intended) before that?

Before 830,000 began to wonder if they had been had, Nintendo decided to do what it could to appease them. Last week, the publisher/manufacturer/developer announced that it would be giving its loyal fans 20 free downloadable games from the Nintendo NES and Game Boy Advance library. Ten of those games were already announced, including five NES titles The Legend of Zelda, Balloon Fight, Donkey Kong Jr., Ice Climber and Super Mario Bros., and five GBA games including Mario vs. Donkey Kong, Metroid Fusion, Mario Kart: Super Circuit, Yoshi’s Island: Super Mario Advance 3 and WarioWare, Inc.: Mega Microgame.

The free downloadable games is a good move from Nintendo, who have to know that the launch of the 3DS was muffed. There are several big name titles due out later this year, but the people that shelled out $249.99 for an incomplete and somewhat rushed product were left with a red face and figurative cartoon-like steam coming from their ears when their product loyalty and excitement for the 3DS was rewarded by paying $80 more and receiving substantially less than people buying it just a few months later. It also most be on Nintendo’s mind that with the with the Wii U coming next year, the company cannot afford to risk alienating some of their most loyal fans.

The best upcoming Nintendo Switch games
The best Pokémon games, ranked from best to worst
This Nintendo Switch bundle deal is selling fast – get it while you can
Mario Kart 8 Deluxe’s next DLC drop adds some of the series’ best courses
Evil West perks guide: best perks to buy first
How to evolve Pawmo into Pawmot in Pokémon Scarlet and Violet
Live now: Save $50 on the Microsoft Xbox Series S Digital Edition deal
‘Wordle’ today, November 24: Answer, hints, and help for word of the day (#523)
7 video game characters who deserve a Macy’s Thanksgiving Day Parade balloon
The best multiplayer games on Nintendo Switch
The best PS5 headsets
The best Xbox Series X headsets
Save $250 on the Razer Iskur X XL gaming chair for Black Friday