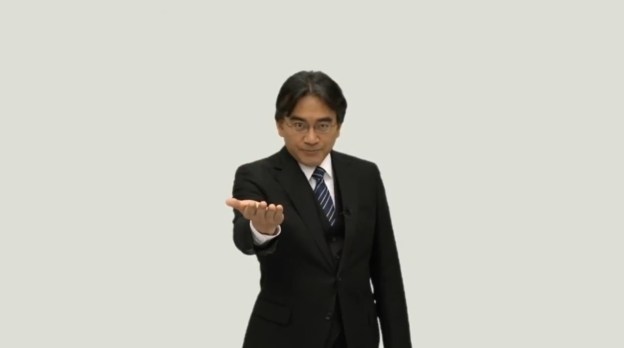 Before the console came out in November, expectations were that it would be exceedingly difficult to buy a Nintendo Wii U in the lead up to Christmas and beyond. There were rumors that the European release of the Wii successor might have to be delayed due to supply constraints. The reality was quite a bit different than those expectations. Nintendo’s Wii U was readily available through retailers like GameStop, Best Buy and Walmart both at brick and mortar stores as well as online. So what happened? Did Nintendo’s Wii U manufacturing partners over deliver, helping the company prevent the low supply problems that plagued the Wii? Or did consumers simply not cotton to the new device?

Based on Nintendo president Satoru Iwata’s comments on the Wii U’s sales performance, it sounds like maybe both scenarios are true.

“At the end of the Christmas season, it wasn’t as though stores in the US had no Wii U left in stock, as it was when Wii was first sold in that popular boom,” Iwata told Reuters in a Monday interview, “But sales are not bad, and I feel it’s selling steadily.”

Part of what’s hampering the Wii U is Nintendo’s decision to release two different models of Wii U, the Wii U Basic Set and the Wii U Deluxe Set. The former is just $300 rather than $350, and it doesn’t come with a packed in copy of NintendoLand. It also has just 8GB of storage memory (which turns out to be much less after installing the console’s firmware.) Unsurprisingly, most consumers wanted to purchase the Deluxe Set since the price discrepancy was minimal.

“It was the first time Nintendo released two models of the game console at the same time… and I believe there was a challenge balancing this. Specifically, inventory levels for the premium, deluxe package was unbalances as many people wanted that version and couldn’t find it.”

Industry analysts don’t share Iwata’s perspective. Stern Agee’s Arvind Bhatia told Gamespot on Thursday that the Wii U has failed to meet expectations for the holiday season. “Our conclusion is the Nintendo Wii U launch has been slightly disappointing,” said Bhatia. He sighted not just the console’s availability at retailers as a problem, but disinterest in games as well, as the attach rate for the system (the number of games people buy alongside the console) is “low.”

Based on a number of reports, Nintendo’s sold well more than 1 million Wii Us. It sold 400,000 consoles in the US during the Wii U’s first week and nearly 639,000 consoles in Japan throughout December. That’s not including European totals, or the console’s US performance in December. Not a terrible start by any measure.