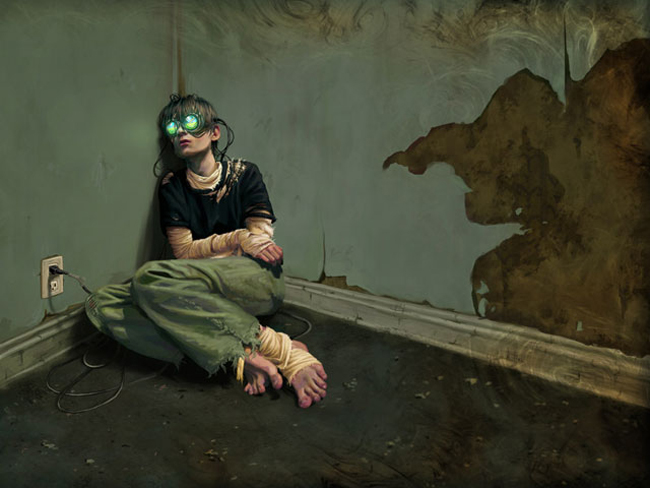 We’re 100 percent certain that at least some of you have purposefully locked yourself in a small room filled with nothing but a computer just to submit yourselves to tortuously long gaming binges. Come to think of it, some of you are probably doing that right now. (Haven’t we all?) But there’s a big difference between a self-imposed gaming marathon, and one forced upon you by greedy prison guards at a Chinese “reeducation-through-labor” camp. One man, who goes by Liu Dali, found that out the hard way.

Sent to the Jixi labour camp in north-east China, Liu spent his days slaving away in the camp’s coal mines doing back breaking labor, whittling “chopsticks and toothpicks out of planks of wood until his hands were raw,” and other such soul-crushing activities, reports the Guardian. That was the first part of the day. The next 12 hours Liu and his fellow inmates were forced to play online video games on behalf of the prison guards in order to earn money and points.

“Prison bosses made more money forcing inmates to play games than they do forcing people to do manual labour,” Liu, who was imprisoned for “illegally petitioning” the central government about corruption in his hometown, told the Guardian. “There were 300 prisoners forced to play games. We worked 12-hour shifts in the camp. I heard them say they could earn 5,000-6,000rmb [$670-930] a day. We didn’t see any of the money. The computers were never turned off.”

If Liu or other inmates failed to satisfy the demands of the prison bosses, they would be savagely beaten. “They would make me stand with my hands raised in the air and after I returned to my dormitory they would beat me with plastic pipes. We kept playing until we could barely see things,” he said.

The practice of building up online credits through repetitive tasks in online games, like World of Warcraft, is known as “gold farming.” Gamers are willing to pay big bucks for these online credits, which help them progress in the games. This virtual black market has become a problem in China, where roughly $2 billion digitally exchanged hands in 2008, and has presumably only risen since that time.

Approximately 80 percent of all gold farmers reside in China, and the country is thought to have about 100,000 full-time gold farmers. China’s government has issued new laws to make it illegal for businesses to trade fictional currencies, but Liu guesses that the problem in the prisons continues still.