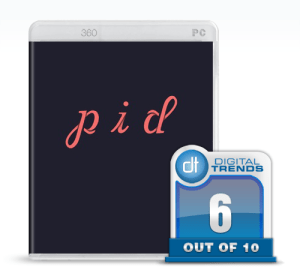 Whether it’s the increased prominence of independent developers or simply the collective yearnings of a nostalgic userbase, this most modern console generation has seen a number of games that seek to marry old-school two-dimensional platforming tropes with modern technology. Ostensibly the goal here is to use a familiar gameplay template that was most popular when we were kids to contrast a weighty, mature storyline, but it also allows modern developers the opportunity to put their own spin on the classic platforming genre. Usually that’s a good thing, as we’ve seen in excellent titles like Braid, Fez, and Limbo, but occasionally a developer can become too caught up in nostalgia, and forget that even those decades-plus-old games we adored as children had flaws too.

That brings us to the subject of today’s review: Pid. The title is an acronym for “Planet In Distress” and the story drops you into the boots of Kurt, a young boy who is sent on an intergalactic adventure that would seem perfectly at home in a modern, edgy children’s book. I won’t cover the game’s storyline much in this review as it’s the best aspect of Pid and should be experienced by playing through the game, but fortunately I don’t have to. Pid may not be a success, but it is an interesting failure.

The first thing you’ll notice on starting Pid is the excellent art and character design present in the game. Using a color palette of mostly muted tones and a highly stylized concept of what bipedal creatures can and should look like, the developers at Magic and Delight have created a realm that is simultaneously alien, yet also inviting. It’s a place that you’d want to spend a good amount of time exploring — or at least you would if the game’s lesser design choices didn’t make that a massive chore.

The key problem with Pid is that its designers were able to ape every aspect of the classic platformer game, from the tight controls to the intense difficulty, with one exception: Very little consideration seemingly went into designing levels that are actually fun to work one’s way through. At first this won’t seem like much of a problem, but as the game progresses you’ll find yourself facing the same puzzles over and over again, only set in sightly different environments. Given how derivative Pid’s gameplay can be, the only really novel concept one can judge the game on is the strength of its level design, and in that regard it comes up quite lacking.

That’s a real shame too, because there are some neat gimmicks in the game, that while not necessarily inventive could have been used to much better effect in a game with better creative design. Most notably, the game’s gravity gun that, as its name would suggest, allows Kurt to control Pid’s gravity to solve puzzles. This gimmick by itself could have been enough to propel this game to classic status, but without new and interesting puzzles to test your skills with the gun, there’s little to be excited about after you’ve had the device for an hour or so. Sadly, this goes for all the items you’ll find in the game. Even those that initially seem the most interesting (the smoke bomb, for instance) are never fully utilized in the game’s puzzles. If this game didn’t run for a sizable 15-ish hours, I’d almost feel like the developers were forced to cut a bunch of ideas that would have really fleshed Pid out.

Despite all of the above, the biggest issue with Pid isn’t that the game is repetitive or that it doesn’t do anything that might be described as “new” and “exciting.” Instead, the biggest issue with Pid is that here in 2012 the game just doesn’t really have a purpose for existing. Too many aspects of Pid’s design are wildly derivative. The jumping, for instance, feels almost identical to that seen in Braid, down to the level of control you have over your character while he’s in the air, to the rate at which he falls back to the ground. Similarly, while the aesthetic design is quite good, it’s not nearly as striking as that seen in Limbo (though it certainly aims for a similar “alien yet familiar” vibe). Lifting ideas from these games is certainly a form of flattery, but without anything to really set Pid apart as its own game I’m coming up blank on reasons to recommend Pid over any of its predecessors.

The worst thing I can say about a game is not that it’s “bad,” but instead that it’s wholly unremarkable. Despite its inventive aesthetics and excellent sound design, there’s little reason to even mention Pid. There are a number of other games that seek to do almost exactly the same thing Pid does, but they almost universally accomplish this task while Pid languishes under the weight of its poor level design. In the platformer genre, interesting level design is paramount and Pid just doesn’t have it. Pid has the opposite of interesting level design.

If Pid seems intriguing, do yourself a favor and play Braid, Limbo, or even Super Meat Boy instead. You’ll have more fun with any of those options.

(This review was written using a downloadable copy of Pid provided by the publisher.)