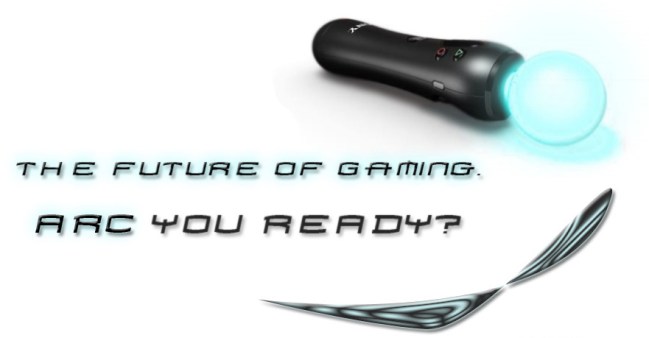 Since Sony first showed it off during E3 2009, the PlayStation 3 motion controller has been spoken about and promoted without an official name from the company.

Sending the rumor mill into overdrive, Sony recently registered the playstationarc.com domain, which has led to bloggers and gamers to believe the motion controller will officially be called Arc.  It’s possible this is the product name of a different Sony project, with Sony declining to offer a public statement.

First expected for release this spring, Sony pushed back the motion-sensing controllers until at least fall 2010.  Despite the delay, Arc will compete directly with Natal, as the Microsoft-branded technology is expected in time for the holidays.

The Japanese electronics company plans to compete with the Nintendo Wiimote and Microsoft Natal during a time when console gamers are looking to use motion-based controllers.

Sony showed off the Torne recorder that has been engineered to allow owners to watch and record terrestrial broadcasts through the TV.  The accessory is USB-powered and connects into one of the console’s USB port.  All recorded content can be saved directly to the PS3 or USB HDD.

Sony and Microsoft have upgraded their consoles to better keep up with the new demands from gamers.  Many console owners want their gaming device to double as a product that can browse the internet, view YouTube, Flickr and similar sites, and provide streaming content.