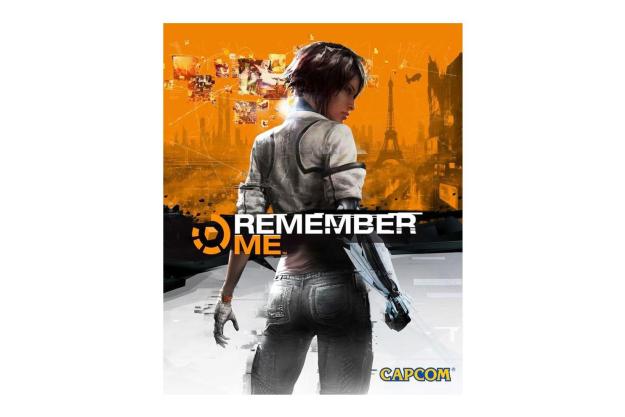 Remember Me won’t be recalled for its writing. In the first hour or so of the game, memory hunter Nilin dives into the mind of a bounty hunter sent to kill her, changing her would-be assassin’s memories to convince them that her debilitated, hospital-bound husband has just died. Rather than succumbing to Nilin’s cyberpunk brain hack by, say, going mad with grief and blind rage, the bounty hunter immediately sides with the resistance against those who wronged her: the megacorporation whose digital memory storage economy is really just a tool of Orwellian control.

There’s a lot of this kind of slapdash writing, devoid of motivation and filled with illogical leaps that most games simply assume you’ll give a give a pass to because they’re video games and not Shakespeare. The biggest offender may be Nilin herself, who pulls off a five-minute about-face from weakened amnesiac completely unaware of her surroundings to willing and ready participant in the so-called Errorist resistance movement.

It’s too bad, because Remember Me starts off a lot more promising, especially for a game that appears to be a standard-fare action brawler. The concept of a dystopian society in which human memory is digitized and stored remotely – essentially letting you upload a backup of yourself to a central server – is rife with potential. It’s even a little timely, given the recent rise of cloud-driven tech.

What’s even more interesting is Nilin’s ability to remix memories, a unique mechanic that lends a bit of creativity to what’s otherwise a genre-driven game. In these extremely underused segments, you can control the outcome of the memory in question by manipulating key details in the scene, from the mundane to the crucial.

Is that pistol’s safety off? Should the cupholder on that vehicle be in or out? Nilin’s objective never wavers from manipulating a target into believing something is real when it actually isn’t, and then using that belief to then affect a larger change. Take the aforementioned bounty hunter: reversing the direction of the memory-upload device in that sequence overloads her brain with her husband’s scrambled egg mind.

Watching these alternate histories play out – optionally, before rewinding back to enact the remix’s actual objective – is the most engaging aspect of the game. You can also count the number of times you get to do this on one hand: all told it probably makes up 30 minutes of a 12-hour game. The absence is notable.

Instead, the focus is on Nilin’s skills as an agent trained in hand-to-hand combat. Remember Me‘s combo system initially shows promise, letting you customize your own interchangeable string of light and heavy attacks. Nilin starts out with only one three-hit combo, though additional, longer combos are awarded as experience is earned in battle. That said, you’re only alloted a handful of combos over the course of the game, and unlocking them is a very gradual process.

There’s more: aside from choosing which order you prefer for any given combo (punch-punch-kick or punch-kick-punch?), each move is also imbued with a status effect, like stronger attack power or on-the-fly health boosts, which activates the further into the combo you get. This creates problems over time, given both the number of enemies the game throws at you and the slow, precise timing needed to pull off combos. Success and enjoyment are totally at odds with the combat design as a result.

It’s not really a big deal in the beginning. Altercations remain manageable, as Nilin faces off against against brain-fried mutant and Big Brother police force alike. It’s not ideal since keeping a combo going requires hitting the right attack just as your last move connects and Nilin’s badass memory hunter training apparently didn’t include a tutorial on moving at lightning speeds. Timing when pulling off combos means waiting a second or two between commands as she winds up for the next blow in the chain.

Nilin’s fighting style feels impossibly glacial and lacks much sense of physical impact as a result, with combos sluggishly taking upwards of five or even 10 seconds to complete. Meanwhile, every goon in the room is taking potshots at you, forcing combo-breaking evasive maneuvers. This is especially problematic when handfuls of enemies give way to crowds, then crowds with projectile-spewing flying foes. Don’t expect to recover much health mid-battle either, since doing so requires combo chaining. The harder it gets to land longer combos, the more you’ll probably die.

Your only recourse is slowly wearing down enemies in one to three attack bursts before dodging out of the way. Nilin doesn’t really graduate beyond weak attacks with so few chained hits a time, meaning a single thugs take five of six combos to defeat. Eventually you’ll probably just want to turn the game off to escape the tedium.

If there is any merit in Remember Me, it is found mostly outside the realm of gameplay. Neo-Paris in 2084 is breathtaking, with stunning art direction that mixes old world Europe with a colorful visual pop reminiscent of Mirror’s Edge and the dingy atmospheric feel of Blade Runner. Aesthetic fetishists may want to play the game’s first six hours or so on easy difficulty, just to drink it all in.

The game also tries to make a commentary on both on players’ willingness to blindly do whatever a game asks and, more importantly, the inherent danger in modern society’s increasing reliance on the cloud. But the plot repeatedly falls back on tired tropes, and any statements it might’ve attempted are buried or dropped altogether. For all of its seemingly smart concepts, Remember Me is too dumb for its own good.

Maybe the saddest aspect here is the rickety treatment of science fiction, forcing you to take in its world without the necessary grounding. Even minor details, like how a totalitarian law enforcement operates without firearms, are ludicrously explained away in hidden text files. On the gameplay side, the over-reliance on a fundamentally fractured battle system certainly doesn’t help.

Remember Me could hardly be considered anything close to art, but sci-fi at its core should at least serve as a functionally cautionary tale. As it stands, this vapid brawler can probably be summed up best in one word: forgettable.

This game was reviewed on a PlayStation 3 using product that was provided by the publisher.