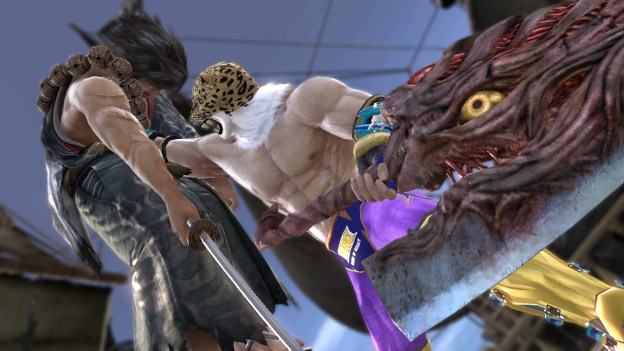 As evidenced by earnings reports from Nintendo, Electronic Arts, and Square-Enix in recent days, the console video game business isn’t great at the moment. Both the machines themselves and the lucrative packaged games to play on them aren’t selling in the numbers that made console games the largest earning force in the $50 billion per year video game industry for years. Dark times for the industry’s old guard. Not every company is doing poorly, though. Despite declines in its biggest series, Namco Bandai had a good 2012. Not a great one, but good enough to show that there’s life to be lived and money to be made in the console business.

According to the company’s consolidated earnings for that October through December quarter, Namco Bandai pulled in 128 billion yen, of just under $1.4 billion, putting it flat with the same period in 2012 in terms of revenue. Profits were up, though, from under $89 million last year to approximately $114 million this past quarter.

The best news for Namco Bandai was that its console game business is actually very healthy. For the fiscal year to date (April through December 2012), Namco Bandai’s Game Software division earned around $629 million in revenue, up from around $604 million the previous year. That’s a modest gain but compared to competitors, particularly those like Square-Enix who rely heavily on the Japanese market, the health of Namco Bandai is impressive.

Despite the health of the company’s console game business, Namco does appear to need some fresh blood in its line up. Soul Calibur V’s sales are trailing its predecessor’s by a wide margin. Tekken Tag Tournament 2 also looks like it will struggle to catch up to Tekken 6’s more than 3.5 million sales.