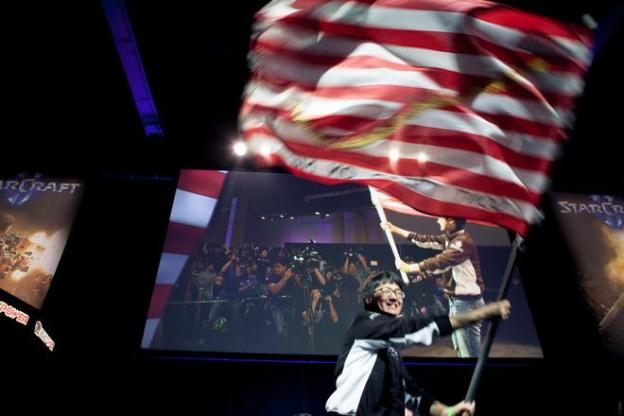 Major League Gaming’s 2013 Spring Championship wrapped up Sunday night, as the top competitors in StarCraft II: Heart of the Swarm, Call of Duty: Black Ops 2, and League of Legends vied for $105,000 in prize money. At the end of the day, FXOpen eSports pushed hardest in LoL, CompLexity dominated in CoD: BO2, and CMStorm’s Polt rushed to victory in SC2.

The members of FXOpen eSports dominated League of Legends and went home with $20,000 and a spot in Riot Games’ League Championship Series Season 4 Spring Promotion Tournament. Their rivals in CompLexity took second place and won $5,000, while Curse Academy and Aware Gaming came in third and fourth respectively, and received $2,500 each. LoL was the most popular game at the Championship, with the most spectators by far when the games kicked off on Friday. The roar of the spectators was deafening as the competitors pushed their way down the lanes.

While CompLexity proved second best in LoL, it was their trigger fingers that ultimately put them on top. The team won first place in Call of Duty: Black Ops 2, beating the defending champs and number one CoD team in the world, Icons Impact (formerly Fariko Impact), in the final match and going home with $20,000 to split. Imapct received $12,000, while third-placers OpTic Gaming earned $7,000 and Curse won $4,000 for fourth.

Finally, Polt—a.k.a. Choi Seong Hoon—dominated StarCraft II and dropped the mic to the tune of $10,000. In the end, the South Korean player’s Terran forces dominated Quantic’s Ko “HyuN” Seok Hyun and his Zerg army. HyuN received $6,000 for his efforts. Team Liquid’s Song “HerO” Hyeon Deok and Alliance’s Johan “NaNiwa” Lucchesi tied for third and fourth place, each taking home a prize of $3,000. Of the top eight SC2 players, only the Swedish player NaNiwa hailed from outside South Korea, where StarCraft II is more popular than any physical sport.

The Spring Championship was the second MLG championship event this year, and set attendance records with over 21,000 fans showing up in Anaheim, CA. Online viewership numbers haven’t been released yet. MLG’s next Pro Circuit Championship event takes place November 22-24 in Columbus, Ohio.