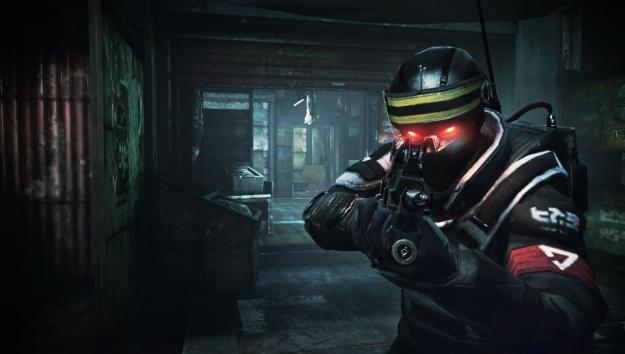 The PlayStation Vita needs more games like Guerrilla Cambridge’s Killzone: Mercenary. At least it does if it hopes to survive.

Let’s be honest here: despite the remarkable power and sophistication that the Vita has under its hood, Sony’s handheld device has yet to come close to living up to its potential. There are a lot of reasons for this. Pricing, competition from Nintendo (and others) in the handheld market, cost of peripherals like the memory cards, and more. One of the most glaring checks in the Vita’s “con” list, however, is the lack of really good, original games for it that appeal to the mainstream.

In the 15 months since the system was released, only a handful of Vita exclusives have debuted for the system. That doesn’t mean there aren’t good games to be found on the Vita. Far from it. But many of the best titles on Sony’s handheld were developed first for the PSN and ported over or are HD re-releases. Older hits from Sony’s past also help bulk up the library, but there have only been a few that make use of the Vita’s hardware to its fullest.

Maybe that will change with the release of the PlayStation 4, but the Vita needs to stand on its own to really justify itself as a legitimate gaming platform. It hasn’t quite done that yet, but a game like Killzone: Mercenary offers reasons to be hopeful.

Killzone: Mercenary doesn’t try to redefine the first-person shooter. Instead, it tries to bring in some new ideas that fit more elegantly within the Vita’s format. One of the biggest problems with bringing existing console franchises to the Sony’s handheld is finding ways to translate the control scheme. This is especially true with an FPS.

It isn’t just a matter of mapping the buttons to the new inputs. The right thumbstick isn’t as ergonomically stable on the Vita as it is with a standard controller. It’s something you can get used to, but the thumbstick’s range of movements just aren’t as precise. Killzone: Mercenary still has this problem, but it is consciously balanced with the gameplay in a way that makes it feel less like a problem and more like an adjustment.

Mercenary is set within the fiction of the original games, with a plot that runs parallel to the first Killzone and continues beyond it. The “Mercenary” subtitle is descriptive of what to expect: you play as Arran Danner, a merc that is willing to fight for whoever pays the most. This means that you find yourself fighting alongside the Helghast, traditionally the villains of the series, as well as the ISA.

Early on in the story, Danner meets the son of a Vektan Ambassador who could be more important than anyone knows. Sony’s recently shown playable demo features the young son, who occasionally helps Danner during missions. He generally appears to give you directions before disappearing again. It isn’t clear how this relationship impacts the story, but Danner eventually finds himself questioning his lifestyle – but not before killing thousands of enemies, of course.

The missions are broken up as the story dictates, but earning the highest score you can is really the driving force of each section of play. For each kill and mission objective completed, you earn cash that you can then use to up your arsenal.

The visual presentation looks great on the Vita, and the gameplay threatens to be incredibly addictive. Mercenary also immediately feels smoother than Call of Duty: Declassified and Resistance: Declassified, the only other Vita-exclusive FPS titles. The unnecessary touch-based melee controls are thankfully optionally, but the Vita’s touchscreen brings added depth to certain special weapons.

One automatically targets enemies in your field of view with a red designator; you can than tap each of their icons to launch missiles individually. If you time it right and catch the enemies out of cover, this weapon can effectively wipe out entire hordes in one strike. It isn’t a huge addition, but it uses the Vita’s touchscreen in a way that is more than just an alternative to using a button command..

Regardless of platform, it really all comes down to gameplay: you’re either having fun or you’re not. Killzone: Mercenary has a lot of potential based on what we saw. There are still the awkward right thumbstick movements to contend with – an FPS on the Vita is never going to be as precise as one played with a standard PlayStation 3 controller – but that is something you can overlook until you grow accustomed to it.

Guerilla Cambridge is putting together one of the best-looking games on the Vita’s upcoming docket. True, it’s a lineup that is admittedly light on competition, but Killzone: Mercenary suggests that the Vita’s best days are still very much ahead of it.

This PS5 controller Black Friday deal drops the price by $20
The best Xbox Series X headsets
The best PS5 headsets
GameStop PS5 restock: Get your console, and Black Friday deals before they leave
Pokémon Legends: Arceus deserves DLC before Scarlet and Violet
Hurry — this HP gaming PC is $450 for Cyber Monday
This is hands down the best Nintendo Switch Cyber Monday deal
How to get a free Gengar in Pokémon Scarlet and Violet
‘Wordle’ today, November 28: Answer, hints, and help for word of the day (#527)
Need a PS5 controller? This Cyber Monday deal has you covered
Save $50 with this (Oculus) Meta Quest 2 Cyber Monday deal
GameStop Cyber Monday Deal: Buy 2 Get 1 on all preowned Xbox One and PS4 games
Starship Troopers: Extermination turns sci-fi satire into a co-op shooter