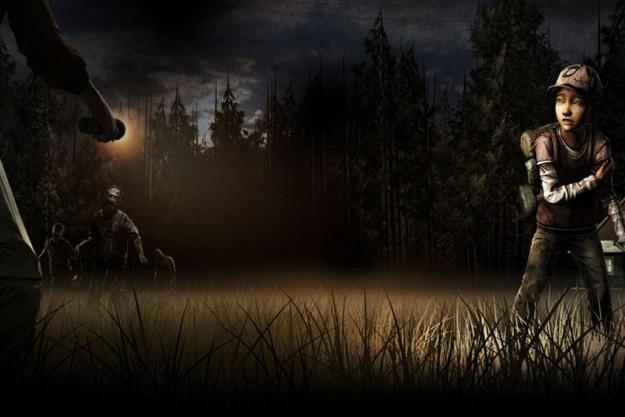 The Walking Dead Season 2 – Episode 1: All That Remains
Score Details

“Although the first episode of The Walking Dead Season 2 is a bit slow to get going, the groundwork is there for another amazing game.”

Over the last few years I have reviewed hundreds of games and movies. That’s not hyperbole either. I’m not claiming to have reviewed billions of things, but “in the hundreds” is an accurate figure. And of them all, this may be the easiest review I’ve ever had to write.

To put this plainly and to save you time, if you enjoyed Season 1 of Telltale Games’ The Walking Dead, you should play Episode 1 of Season 2, All That Remains. Now go forth and have fun. Well, maybe not fun … It is a Walking Dead game after all, and “fun” doesn’t really describe making horrible choices regarding which of the well developed characters you’ve met live and die. But go forth and play it, and be moved. And probably a little depressed.

For those that haven’t played Season 1, thanks for your support in reading a review you have no reason to read, I guess. We awarded it our Game of the Year, and gave it a 10 out of 10. All That Remains continues the story of the first season in a very direct fashion, so you should start there.

The game takes this for granted too, and the pacing is more in line with the continuation of an ongoing story rather than starting a new one. No surprise there, of course, but it does mean you are left to build a new story without the benefit of world building to help patch supplement some of the early relationship building the series thrives on. There are no wide-eyed humans coming to the horrific realization that they were just knocked down a rung on the food chain. Instead, it starts bad and gets worse.

This time around, the story follows the young Clementine. Despite the perspective change, her options really aren’t that different from Lee’s, the protagonist of Season 1. Lee wasn’t much of a fighter, and Clem even less so. In terms of gameplay, the mechanics are the same. Items appear for you to interact with, and your inventory is limited to items you’ll generally save until you use them at very specific moments.

Judging the first part of Season 2 is difficult. That’s always the case with episodic games, but especially so with this one. All That Remains is designed to introduce players to a new set of characters and an entirely new setting. The lack of world building also has a few minor consequences though.

Rather than progressing into Hell with characters as you did in the first game, you stumble across a group that already has its own tragic history. Instead of forming a history with a group, you are left to unravel an existing backstory. As a minor consequence, the story is a slow burn. It introduces several new characters, but only has the time to hint at their motivations. This will probably pay off alter, and Telltale has definitely earned the benefit of the doubt, but for now the first episode isn’t as instantly gripping as its predecessor.

The character of Clem has also been fairly well explored. She still has a lot to offer, and it’s hard not to feel for a semi-traumatized and still innocent girl trapped in Hell. There’s no mystery of who she is though, as there was at the start with Lee, so instead there are a few slow moments as she finds her way into the larger story.

The game still looks and moves the same. There are still a few moments of where stiff movements and blocky bodies ding the illusion, but the comic art style acts as a balm for that art style. Current Walking Dead comic artist Charlie Adlard would be proud.

Season Two quickly reminds you that everything in the Walking Dead universe is horrible and everybody is going to die, probably in tragic circumstances and as a direct result of your actions. There aren’t many works of fiction that can create characters so compelling that you almost sympathize with their desire to die, but Walking Dead manages to pull it off. And when they do, you’ll feel guilty for it.

Scoring this game is extremely difficult, and will ultimately prove to be futile – even though it is the nature of the industry. The two hour or so Episode 1 is simply an introduction, and it is a good one. All That Remains is a good start, but it feels like what it is – a part of something bigger, and a setup for later payoffs. It isn’t as shocking or original as the episodes in the last game and it starts out slowly, but it may end up being just as good.