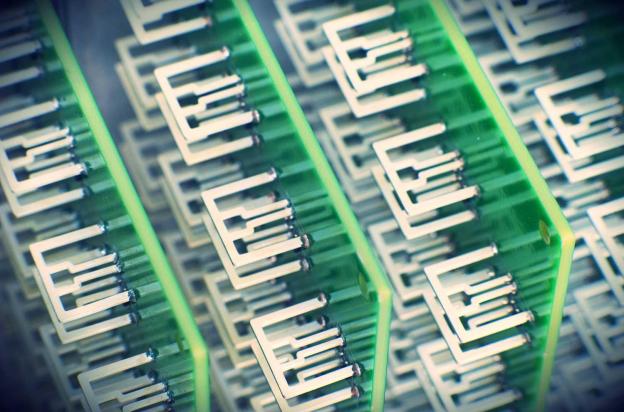 Aereo CEO Chet Kanojia would probably be one of the last guys to get a dinner invitation from any of the big TV networks or cable companies. His upstart company has irked them so much that Fox wants to take their ongoing legal battle all the way to the Supreme Court, while they continue to move forward with plans to fan out across the country and try to chuck some dirt onto older methods of live TV consumption. In a one-on-one interview with Digital Trends, he tells us why and how.

In a nutshell, Aereo provides a tiered service wherein local over-the-air (OTA) broadcast television is delivered over the Internet so its users can view TV programs on their computers and mobile devices. It also provides a cloud DVR service so content can be recorded and played back at users’ discretion.

The news has been good for Kanojia and co. lately. Aereo won another victory over the networks after a federal appeals court denied a motion to hear the case that it originally ruled on in April. And PlayOn announced that it would support Aereo on game consoles, Google TV and Android devices to go with its support for other channels and content providers.

You would be able to catch up on your local news while in a cab or on the bus or watch your favorite show that you already recorded to your Aereo DVR.

Kanojia didn’t have much to say on those points, other than that Aereo and PlayOn have no business affiliation, but in the interview, he spoke at length about future plans and what kind of trail-blazing role his company might have beyond that.

After launching in New York last fall, the company announced a rollout for this year that would see it expand to 22 markets in 2013. So far, Boston and Atlanta are on board, with Chicago set for its debut on September 13. Given the current pace, and going that late into the year, how could 19 other markets roll out in just three months?

“In early to mid-August, there will be another announcement with a cadence of about once a week or once every two weeks for 10-15 additional markets to follow. The goal was to get a bunch of them out over the summer, and we’re pleased that we’re going to do that,” says Kanojia.

Android support for smartphones and tablets will come in late August, along with working on getting a Roku channel and Aereo apps for game consoles out by the end of the year. There won’t be native support for BlackBerry 10 or Windows Phone, but Kanojia did point out that they could technically work if supported browsers like Chrome, Firefox and Opera ran on either platform.

Aereo hasn’t disclosed how many subscribers it currently has, nor its growth rate, and Kanojia wasn’t about to put them out there, adding that reports on those figures from the media have been “incorrect”.

“That becomes part of the culture and the brand. We think of it as a once-in-a-lifetime opportunity where you get to have a clear defined mission that is much greater than products or profits through the ideal of bringing fairness, balance and transparency to the market because we have everything to gain and nothing to lose,” he says. “Fortunately for us, the incumbents are in an awkward position where establishment systems aren’t transparent, and are built on the premise of continuously raising prices and rates, which creates a perfect storm for somebody like us to build a statement company.”

Kanojia is quick to point out that Aereo is still a small company, yet could manage to gain 1% of the TV viewing market wherever it operates just for showing up with no marketing or explanation. He figures a big reason why it has at least a toehold is because the trend of on-demand content continues to gather momentum faster than some larger TV providers can handle.

“We shouldn’t underestimate the incumbents’ power to keep the doors locked for a very long time. These are all foundational shifts that are starting, which means companies have to come to grips with what their appetite is to be in these kinds of businesses,” he says. “For example, there are a lot of reports lately about companies trying to effectively become over-the-top (OTT) video companies. The problem is that you can’t just knock on someone’s door and say you want to pay a premium for their content. If you’re a programmer, everything is being driven by affiliate fees on the cable side by cable distributors, who may also actually be your owner and largest customer, so people underestimate how entrenched the ecosystem is.”

Indeed, there has been a lot of movement in the OTT space as of late, with Samsung acquiring Boxee, Hulu almost being scooped up until the 11th hour and Apple apparently looking for something to add to its rumored TV project.

From Kanojia’s perspective, the next five to eight years will see a “dramatic level of change”, where the idea of what a cable channel or network looks like transforms completely because the reality is viewers are amassing vast libraries of content from various sources, be it streaming or a la carte platforms, and using curating software to put themselves firmly in control of what they want to watch and where.

“The ability to source and produce content at a much lower and cheaper rate, how consumers get access to it, and who plays a role in that, changes for the better, especially for the content creators because they get to keep a lot more of the money,” he says. “A lot of the establishment spends tens of millions on lobbying, and that’s not what we’re going to do. Our consumers are going to be our advocates. We’re going to take every penny we can and invest it in improving quality, resources and people, as opposed to chasing fast growth.”

Television has also become social, with sites like Twitter and Facebook awash in reaction and commentary from viewers, though Kanojia says he doesn’t know what Aereo can offer on that side yet. What he generally sees now with social integration into the television hasn’t been exciting to him, despite some “glimmers of interesting stuff”, like what’s trending or popular leading toward content discovery.

“The most important aspect that social can bring is personalization, so we’ll do a few things this year to experiment, and we’ll do the basic tweeting and shout-outs that we have to do. Where it could be really interesting is in the personalization realm because there’s such a volume of open source information available about what you are and what your propensities are through what you’re watching,” he says.

In fact, he feels Aereo is a bit of a cultural and social experiment in and of itself. It’s also about the context around TV today, he says, at least in the notion of live content and what’s happening at a given moment.

“Of course, the DVR allows you to catch up later, but for you to become this pulse in people’s hands, you really have to go down the road of what’s important for them right now, and it should always be something relevant that’s available that they can catch up on,” he says.

That’s what other providers like Netflix, Hulu and Amazon Prime already do, and Kanojia figures that getting the same kind of access to live news, sports and local content for $8 per month to start, Aereo could be a key piece to that puzzle that finally changes the TV world for good. The technology removes barriers at getting to TV that is otherwise available for free. You would be able to catch up on your local news while in a cab or on the bus or watch your favorite show that you already recorded to your Aereo DVR. If the court battles are any indication, Big Media hates that, probably because Aereo’s popularity would likely erode the profit windfall they’ve been enjoying for years. People tend to vote with their wallets, and Big Media may not have much choice in how that goes down.

Topics
Video-editing app LumaFusion to get a Galaxy Tab S8 launch
Spotify Wrapped 2022: what it is and how to view it
Spotify Wrapped 2022 is here: What’s your ‘listening personality’?
Best Cyber Monday Deals 2022: Laptops, TVs, AirPods, and more
It’s Tuesday, and this $480 70-inch Cyber Monday TV deal is still live
Everything leaving Hulu in December 2022
QLED vs. OLED: Which TV technology is best?
One of LG’s best 65-inch OLED TVs is $400 off at Best Buy
The best Hulu original series right now
You’ll be surprised how cheap this 75-inch 4K TV is today
The best fantasy movies on Hulu right now (December 2022)
The best Netflix original movies (December 2022)
Use this trick to watch the rest of the World Cup for only $20