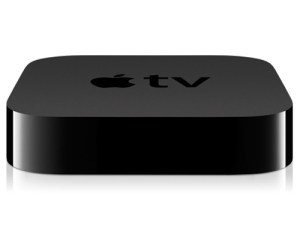 Apple could soon debut a cloud-based video service that will have “far reaching” implications for the television industry, says Jefferies & Co analyst Peter Misek. The purported launched could bring both new subscription services and new hardware that will amount to nothing less than an “assault on the living room” as we know it.

“In addition to subscription revenues, we think Apple could potentially benefit from a halo effect that increases units and average selling prices for its existing products and provides a foundation for the launch of an iTV-like device,” wrote Misek, which he says could arrive in 2012 or 2013.

The prediction, first reported by The International Business Times, was made in a research note to clients for which Misek checked in with “developers and content providers on Apple’s possible plans regarding the cloud and their assault on the living room.”

Misek says that Apple is planning to open another massive data center directly next door to the one it recently opened in North Carolina. His information is based on aerial footage, which shows that the land adjacent to the current data center has been cleared, most likely to make room for another data center. Also, says Misek, a site mock-up at Apple’s announcement ceremony for the current data center — the largest in Apple’s storage arsenal — showed two side-by-side data centers.

In addition, Misek believes that Apple is planning to open similar data centers in other parts of the US and Europe.

Apple has confirmed that the data center in North Carolina, which was completed earlier this year, will be used for iTunes and MobileMe. This further fueled rumors that Apple has plans for a cloud-based iTunes service, launched in conjunction with a revamped MobileMe “digital locker” for music and video collections, which would allow users to stream their media libraries from any iOS device.

According to Misek, however, Apple’s cloud plans go beyond music, since he believes the capacity of the data centers are more than what’s needed to support relatively small music files. In addition, Misek believes Apple is currently negotiating with television networks to distribute their content to iOS devices, which would explain the recent litigation against the Time Warner and Cablevision TV streaming apps.

“We find it notable that the content companies, citing a lack of domain license, asked Cablevision to remove channels from its iPad app,” writes Misek. “We believe these same companies are negotiating some sort of deal with Apple.”

Misek says that Apple will “convince Hollywood and other content creators” to license their products for an Apple service by using the same model they employ with app developers, which allows them to “take the vast majority of the revenue” from the content, while Apple makes its money from the devices.

Lastly, Misek says that Apple CEO Steve Jobs could be stepping down soon, and its likely that revolutionizing the television industry — just as his company revolutionized the music industry — would be an apt parting act.

“We would find it easy to believe that Steve Jobs’ final hurrah before turning the reins over would be to revolutionize video much in the same way Apple has transformed the mobile, computing, and music world. It is also notable that his authorized biography is due in 2012.”