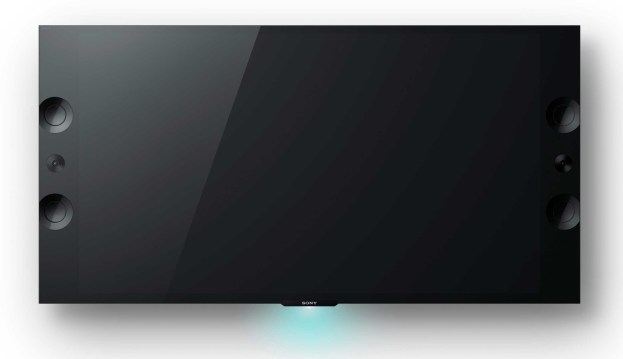 Best Buy has announced that 700 of its stores in the U.S. will start selling Sony 4K Ultra HD TVs on Sunday as part of an initiative to generate more sales in its stagnant TV business.

The new TVs will be prominently displayed in the home theater departments at participating Best Buy and Magnolia stores, with rolling demos to showcase how much of a difference in picture quality they display compared to regular 1080p HDTVs. Demos will also focus on up-scaling capabilities, so that consumers can reap some rewards from the higher resolution with existing Blu-ray discs, HD TV signals and even DVDs.

This will mark the first time a big box retailer is aggressively pursuing the new technology, which offers four times the resolution of 1080p, 8.3 million pixels to be exact. Though usually unveiled in larger screen sizes, like the 84-inch Sony 4K TV that debuted in the U.S. last fall for a hefty $25,000 price tag, the sets Best Buy will be pushing are 55-inch and 65-inch models.

After peaking in 2011 with 39.9 million units shipped, the TV market has leveled off, with a slight dip to a projected 36 million for 2013, leading retailers to find ways to stir up renewed interest in the category. After 3D failed to deliver, consumers have been slow to adopt smart TVs and utilize the connected features they offer.

Best Buy has exclusivity at the national level, with the exception of the Sony Store, which also sells the same sets. Some regional or local specialty retailers will be carrying them as well.

The chain has been facing stiff competition from online retailers and is looking to turn back losses from alleged “showrooming”, where consumers go to Best Buy stores to physically see and touch a product, and then buy it from an online retailer for less. Price matching policies will continue, and this latest move towards 4K Ultra HD is part of a new plan by CEO Hubert Joly to reinvigorate the struggling retailer.

The TV market has largely become one of size and price, whereby customers are looking to get the biggest screen at the lowest price. Best Buy is hoping that picture quality becomes the new measuring stick, ushering in sales for the new panels.

The average price of a 40-inch TV now is $756, 15% lower than it was in 2010 and falling. With already razor-thin margins and tough competition, both Sony and Best Buy are hoping to gain a head start on 4K Ultra HD right out of the gate.