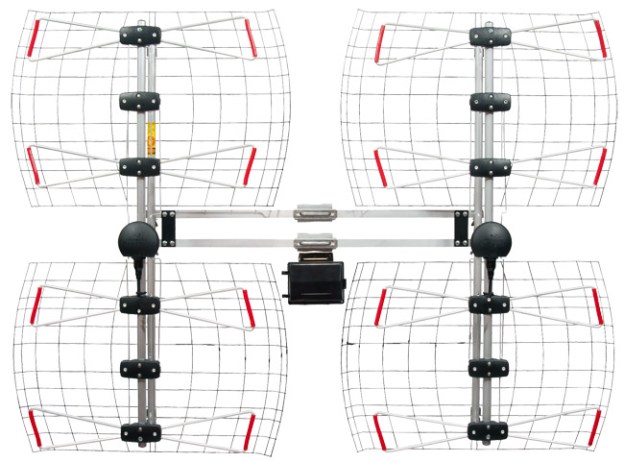 Admit it. It’ll be good for you. Every time you look at your cable box, you wish you could prop open your living room window and toss it. Not just because it goes down frequently, freezes, or eats up your monthly char-dog allowance, but because cable TV is flat-out lame. There are fewer than a dozen shows on television worth watching, starting with Breaking Bad and ending with Downton Abbey. And thanks to this little box called a media streamer, you don’t have to play by the rules anymore and watch your favorite programming when the network wants you to. Hulu Plus, Netlfix, Vudu, and Amazon have made Comcast and the rest irrelevant. The service providers, however, are a nasty bunch, and don’t play fair if you want to cut the cord and watch TV your way while keeping only your phone and Internet service. It’s even worse when they are the only game in town, but thanks to quality HD antennas like those from Antenna Direct, free HD channels are ripe for the picking. With the new DB8e HDTV antenna, the fruit is hanging a lot lower today.

The DB8e is an ultra long-range DTV outdoor antenna, but that doesn’t preclude you from sticking it in your attic if you live in an area prone to high winds, or if your condo association prohibits dishes or antenna on your roof or balcony. What makes the DB8e so worthwhile is that its multi-directional array allows you to turn the antenna towards broadcast towers in a 360-degree circle. It features 17.4 dBi of gain, and is strong enough to reach towers more than 70 miles from your home. The weatherproof construction guarantees that it won’t turn into a rust bucket after one year.

For those of us who live 60+ miles outside of a large city like New York, but have line of sight to Manhattan, the DB8e is the only way to get local HD channels for free. The ability to now pick-up free HD channels from other parts of New Jersey or New York makes this really worth checking out for folks like us, and could potentially be equally useful for you.

The DB8e DTV antenna retails for $200 and will be available to ship by the end of February.