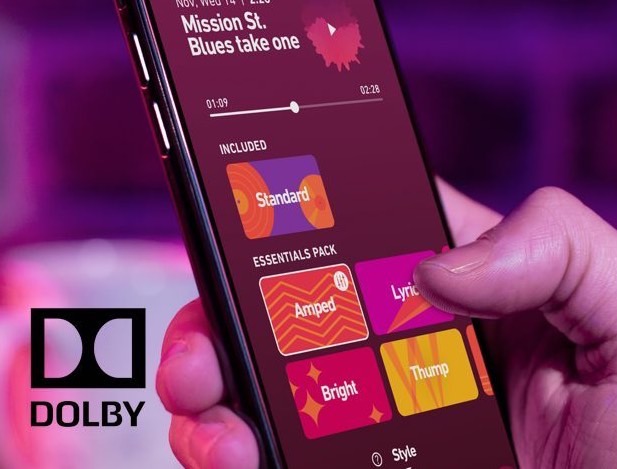 Dolby Labs, the company behind some of the most important innovations in the audio space, is working on a new mobile app that will endow creators with some unique tools — and a new social network — according to TechCrunch. Known for now as “Dolby 234,” the free app has the ability to measure background noise and eliminate it during the recording process. Borrowing a successful upgrade model from photo apps, 234 users will be able to filter their recordings through paid audio effect EQ packs, such as “amped, bright, lyric, thump, deep, or natural.”

234 recordings can be exported as stand-alone files, or in a move that will both embrace and challenge SoundCloud, they can be shared to Dolby’s own as-yet-unnamed audio social network, or to SoundCloud. Dolby has apparently been testing 234 since June, sometimes under the name Dolby Live. A link to a sign-up page to test the app was live until Thursday, January 17, and it still shows up in Google’s index when you search for Dolby 234. As much as the app’s audio features are intriguing in their own right, we’re very curious about video possibilities implied by the camera icon on the first frame of the captured screenshots:

This new app is an intriguing move for the audio technology company. Although a well-known brand, Dolby has thus far been the Intel of the sound world, providing the software, techniques, patents, and equipment to produce (and reproduce) incredible audio experiences like Dolby Digital, and Dolby Atmos, but never engaging with consumers directly. In late 2018, this changed, with the release of the company’s first consumer product, the Dolby Dimension headphones, designed strictly for enhancing screen-based entertainment listening.

With a portable recording studio app in the works, these two products could well signify Dolby’s intent to become a much bigger player in the consumer space. We think such a move makes perfect sense and it could put Dolby on an equal footing with the likes of Audio-Technica, another brand that enjoys high levels of respect from consumers and creators alike. Using its reputation as a peerless innovator in the movie and sound production industry, we may be looking at a future competitor to Beats, though admittedly, it will take equal parts innovation and marketing prowess to erode Apple’s premier headphone brand’s hold on the higher end of the consumer market.