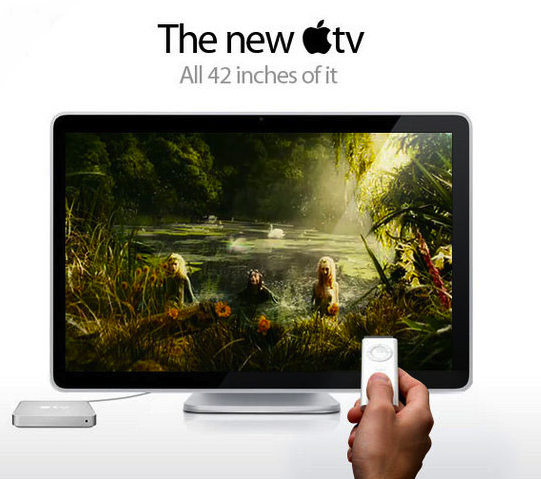 In the wake of Steve Jobs’ resignation, rumors that Apple is planning to produce a branded television have begun to circulate.

This particular Apple TV would be an actual screen television set, not the Apple TV set-top box for streaming content that’s currently on the market. It would appear that there are various pieces to an Apple TV puzzle that are beginning to line up, and this entire product might be more than a fanboy’s pipe dream. It’s loosely being referred to as “iTV,” and there are more than a few reasons why this rumor won’t die.

Analyst Gene Munster with Piper Jaffray has most recently set off a new round of speculation about the device. In an interview with Venture Beat, Munster predicted we’d see the Apple TV in late 2012 or early 2013. He claims to have been tipped off by a variety of insiders who have led him to believe not only that the device soon to be in our midst, but that it will run Apple’s iOS. Way back in 2009, Munster revealed that Apple would create a television set, and while it’s taken some time, his predictions could very well be correct.

In the same report, VentureBeat says VC and TiVo and Sonos board member Stewart Alsop’s observations of the TV hardware market point to an iTV in the works. The opinions and even gut feelings of analysts close to the Cupertino company are one thing–and depending on the quality of their sources, can be dead on. But hardware and inventory reports that suggest Apple’s taking on TV carry slightly more weight. Munster says a component deal Apple has worked out will secure it larger (up to 50-inch) LCD displays, and Digitimes (which consistently has insider information about hardware inventory) also recently reported that an iOS TV set is in the works.

Now that Apple’s iCloud infrastructure is launching, a TV service makes all the more sense. And as decently as Apple TV (the original, set-top box) performed, the company is infamous for unilaterally producing hardware and software. Back in late June, Munster told investors that iCloud was Apple’s way of paving a path toward a TV service. “Apple’s iCloud service for media storage makes it simpler to own multiple Apple devices and share content among them. At first the only media iCloud will store is music and pictures, but we believe Apple may add movies and TV shows purchased or rented in iTunes to the iCloud service, which could be viewed on a TV.”

While media speculation doesn’t always translate to future products, a recent report in the Wall Street Journal focusing on the future of a new Apple TV service is rather revealing. The site says that “according to people familiar with the matter,” TV is the next territory for the company to conquer. We’ve repeatedly heard that Apple’s next all-new product launch would be big – and that might not only be a figurative statement. We’re uncertain if this will translate to success, and there is plenty of skepticism regarding whether or not Apple can disrupt the pay for cable structure.