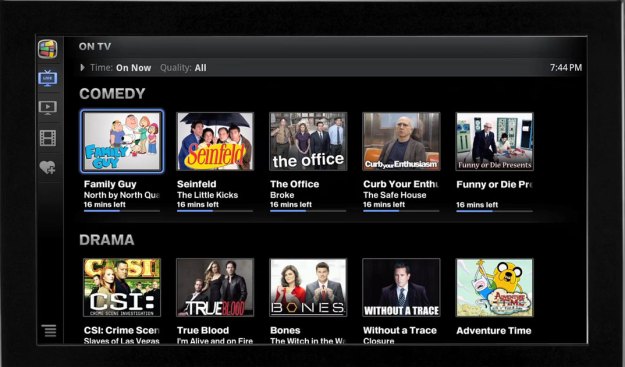 While Logitech certainly had no problem badmouthing Google TV and the ill-timed launch of the Logitech Revue, television manufacturer LG is working on a panel that utilizes Google TV according to a report from Bloomberg. The first public display of the HDTV utilizing Google TV is scheduled to take place at the 2012 Consumer Electronics Show in Las Vegas during early January. While company officials from Google and LG have declined to comment on the report, this means LG will join both Vizio and Samsung with development of a Google TV-enabled product. Since the poor performance of the Logitech Revue, Google has been looking for more partners to increase support for the concept.

The original concept for Google TV was providing consumers with a simple way to search for video found on the Internet, everything from silly YouTube videos to network programming on sites like Hulu. Unfortunately, major content providers like the main networks as well as Hulu blocked any consumers attempting to access television shows and other content during the second half of 2010. While Dish Network has promoted access in Google TV, Sony and Logitech experienced dismal sales in Google TV products due to lack of interest. It’s likely that Sony won’t debut any new panels utilizing the Google TV operating system at CES next year. Critics were also quick to jump on the flaws of Google TV at launch due to the incomplete design of the software.

Google recently pushed out revisions to the software designed to streamline navigation, bring Android applications to Google TV users and improve the quality of search engine results on the system. Google also recently announced the first pornography channel for Google TV that features content from adult entertainment company Vivid Entertainment. The strategy is opposite from Apple’s approach with the app store where apps featuring pornography are not allowed.

How to set up a Google Chromecast to get streaming fast
Google Chromecast tips and tricks to make you a master caster
Amazon Fire TV tips and tricks: 8 ways to master your streaming
How to download movies and shows from Amazon Prime Video
How to watch The Weather Channel without cable
Samsung just dropped a massive 98-inch Neo QLED mini-LED TV
LG prices its Flex, StanByMe TVs, and debuts a new model that doubles as magazine rack
How to hide a channel on YouTube TV
Audio-Technica is celebrating its 60th birthday with a $9,000 phono cartridge
This 65-inch QLED TV from Samsung has a massive discount
How to watch Miami Dolphins vs. Cincinnati Bengals on Thursday Night Football
Soundcore’s latest earbuds steal some of Apple’s smartest features
Amazon Prime Video’s Thursday Night Football stream bad for some, again