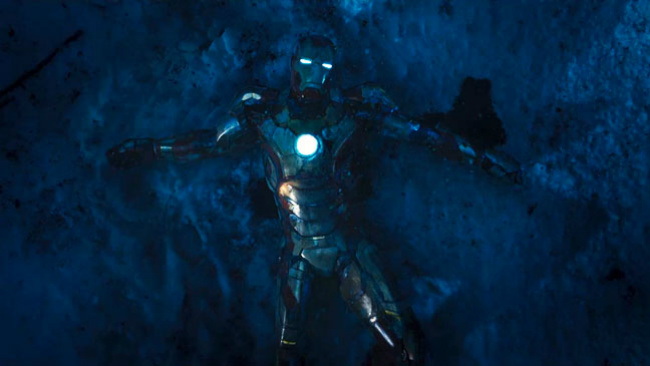 With smaller independent theaters still struggling to afford the upgrade costs affiliated with digital projection, the major studios decided to make things “easier” for them by announcing a new deal yesterday that is going to change how new films are delivered to your local cinema. Starting later this year, films will start getting delivered via satellite. Seriously.

The Digital Cinema Distribution Coalition (DCDC) was formed by AMC, Regal, Cinemark, Warner Bros., and Universal Pictures in an effort to both improve film delivery options and have a little more say in regard to how major film studios such as Walt Disney, Lionsgate, Universal, Paramount, and Warner Bros. distribute new releases, promotional content and live programming to theaters. Now it has the deal it wanted in place.

Once upon a time, studios would deliver movies to theaters in the form of film reels. When film was ditched for digital, studios delivered the movies in digital format, stored on hard drives that theaters would later return. Though the films will still be stored and played back from hard drives, this new system will have theaters downloading the movies via satellite.

The DCDC has agreed on terms with studios and EchoStar/Deluxe which will be responsible for the satellite transmission system and operations. KenCast will be handling the content delivery systems so that your local movie-plex can properly deal with 400 GB file transfers; including 3D and 4K films.

“This is a crucial advancement in theatrical distribution, and we’re thrilled to be on board.” Speaking on behalf of DCDC, Randolph Blotky stated, “DCDC’s service platform is the state of the art for digital delivery of various kinds of content to theaters in North America. Its business model will assure long-term, consistent, low-cost pricing to content providers and exhibitors across the industry. We are very excited to welcome Warner Bros. Entertainment, Lionsgate, The Walt Disney Company, Universal Pictures and Paramount Pictures to our service.”

“DCDC is creating a technological superhighway,” said Tim Warner, CEO and President, Cinemark Theatres. “It’s one-port access to thousands of screens, for both movies and alternative content, from all content providers.”

The agreement calls for the new system to be in place by this summer at more than 300 locations across North America and ready to accept films by the end of 2013. The major cinema chains obviously can’t wait for this to roll-out just in time for the summer movie schedule, including the highly anticipated Iron Man III starring Robert Downey Jr.

Lower costs will amount to higher profits, but don’t expect any love in regard to lower admission prices or cheaper concessions. No word yet on the availability of the system to those smaller theaters which can barely afford digital cinema as it is.

Save $300 on the Samsung Frame TV with delivery for Christmas

No regrets: Hisense lets you test drive its TVs for free for 100 days