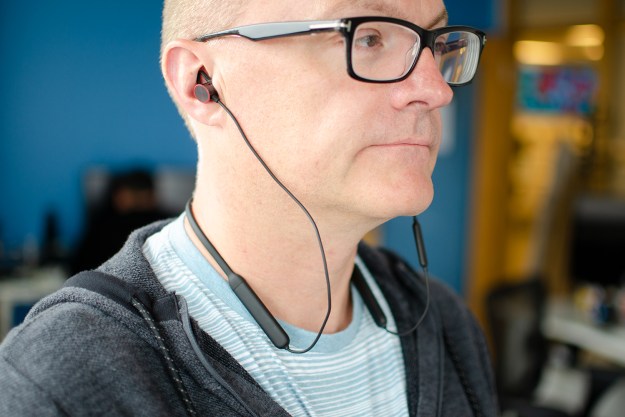 “The OnePlus Bullets Wireless are comfortable, fast-charging, great-sounding, and all at a bargain.”

Not all new smartphones come with headphones in the box, and only in the rarest situations are the ones inside the package actually worth using. What about headphones made by a smartphone manufacturer, for which you have to purchase separately? Are they worth buying, over a pair made by a recognized audio brand? Apple has proven with the AirPods that people will respond to such a product — but then that’s Apple. OnePlus has released its own add-on earbuds alongside the OnePlus 6 phone in the Bullets Wireless. A pair of neckband-style, Bluetooth headphones, they’re not made to specifically work with the OnePlus 6, but they do share many of the aspects that make that phone so desirable; namely high performance, good looks, and a low price.

OnePlus charges $70 for the Bullets Wireless, about half what you’ll pay for a set of BeatsX or Shure’s lovely SE112 to which these can be compared. Cheap headphones usually sound, well, cheap. However, OnePlus has worked some magic to make the Bullets Wireless sound way better than you’d expect and incredibly comfortable to wear, too. For once, don’t let a low price put you off a set of headphones, because you’ll be missing out on a bargain.

The technology behind the Bullets Wireless is hidden inside the two small pods connected by a thin band that drapes around your neck, similar in design to Google’s flawed Pixel Buds. On the right-hand pod is a single button for power and Bluetooth syncing, and a USB Type-C connector to charge them up. Just 10 minutes charge returns five hours of use, which is a fantastic benefit for the forgetful person about to leave the house. Charge fully over an hour and the headphones should last for at least eight hours. In our limited early test, this holds true.

The cable leading to each pod does flap about in front of you chin, but it isn’t long enough to get caught up on anything. The earbuds magnetically clip together, which doubles as a clever way to manage power, as they disconnect from your phone, pause playback, and go into standby when you snap them together. Pull them apart, and they reconnect quickly and a press of the in-line remote picks the music up again where you left off.

This works really well when they’re hanging around your neck, but not so well when dumped into a bag, as they easily come unclipped. This means they’re connected to your phone, taking power, and stopping your phone playing audio through its speakers. Luckily, OnePlus includes a funky, bright red silicon carry case with the Bullets Wireless, and provided you carefully stuff them inside it’s possible to avoid this problem.

There are three different silicon in-ear tips — small, medium, and large — plus a choice of three earlobe supports that keep the buds in your ear. Happily, these are all separate, so you don’t have to use the supports if you don’t want to. We used the medium tips with the medium supports, which is how they come out of the box, and they were perfect. The wing-like supports increase stability a lot, and kept the Bullets Wireless extremely secure during a gym session. The whole setup is very light, the buds don’t slip and aren’t heavy so they don’t pull on your ears, and even when you’re not using them they’re almost unnoticeable hanging around your neck.

We connected to the OnePlus 6, an iPhone X, and an Apple Watch. The sound is excellent, full of character and depth, with a strong bass response from these surprisingly compact buds. The sound is well-rounded, with relatively flat tuning that doesn’t over-emphasize the vocals or bass line. It’s a very pleasant listening experience, and the volume produced is impressive too. Despite the comfort of the ear buds, however, they don’t isolate you from the noisy world around you that effectively.

The sound is excellent, full of character and depth.

Google Assistant is supported, but may not work fully with devices other than those made by OnePlus. It’s also stated on the Bullets Wireless promo page the pause and resume playback feature using the magnetic close may only work with the OnePlus 5, OnePlus 5T, or OnePlus 6; but it worked with our with no issues.

If there is a misstep, it’s the lack of AptX HD. Yes, the Bullets Wireless use AptX; but the OnePlus 6 is one of the few AptX HD phones available today, and buyers of the phone are likely prime potential buyers of the Bullets Wireless too. It’s a shame they aren’t going to enjoy the wonderful benefits of AptX HD streaming if they do. Sure, at this level the returns on higher quality streaming may not be as significant as some pricier models, but we still would have appreciated the inclusion.

So, should you buy the Bullets Wireless? Absolutely. The sound quality is well beyond what we’d expect from a pair of $70 wireless headphones, and the comfort level is high enough that you can wear them for hours without fatigue. They also look cool, and unlike the majority of fully , avoid appearing gawky when stuck in your ears. There’s minimal branding, the color is muted so it goes with everything, but the red flashes still gives them style.

The $530 OnePlus 6 offers almost identical performance to phones that cost several hundred dollars more, and the company has pulled the same trick with the $70 OnePlus Bullets . Buy them to enjoy a pleasing sound, decent bass, and everyday-wear levels of comfort, all for a price that undercuts rivals.