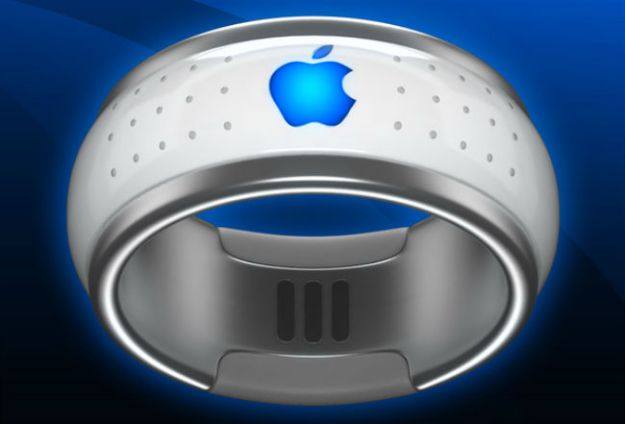 Since the rumor mill first started falling over itself speculating as to what a TV born from Apple might look like, industry folk have wondered how the company might maintain its legacy of turning every industry it touches on its ear when it is so very, very late to the TV game. What could Apple do for TV that hasn’t been done already? Put a ring on it.

It’s a bit of a wacky idea, but Apple is planning to introduce a ring to act as a remote control for the company’s oft-rumored iTV television, according to an analyst following the story.

Brian White, an analyst with Topeka Capital, suggested this was happening in a note to investors after taking a trip to component suppliers. The reputed “iRing” is apparently in the works, and would basically enable control of the iTV using motion-controlled gestures while wearing it.

The idea flies in the face of gesture and motion-control technology from competitors who don’t require wearing anything to make it work. The other issue is that the ring would have to be adjustable somehow, since it’s hard to imagine a one-size-fits-all design that would be comfortable for the masses. Naturally, this ring probably won’t cater to people like Beyonce, who had bigger ideas when belting out “put a ring on it”. Oh, and it’s unlikely that the Mandarin will be wearing one of these in the upcoming Iron Man 3 movie. He likes to wear 10 rings, but probably doesn’t need to control his TV with any of them.

Sarcasm aside, there is reason to believe that Apple would experiment with different methods of interaction with the iTV, but it’s hard to say whether a ring is in the same ballpark. Other pundits have pointed out that Siri seems the most obvious chip Apple can play with the prospect of a new-and-improved way of telling the TV what to do.

Just the same, White also indicated that an “iTV mini” was in development, but it’s unclear what that could actually be. A smaller TV? Probably not. More than likely this is an AirPlay-esque feature that would make it possible to stream content from the iTV and wirelessly push it to a Mac or iOS device over a short distance. In theory, this would make it very easy to watch the game from the kitchen or backyard.

Additionally, White said the setup might include an authorization model similar to iTunes. For example, a license for one or two devices might come out of the box with the iTV with an option for a couple more. There was no word on what might happen to the Apple TV, since that is Apple’s current TV platform, and already requires an Apple ID to access all the functions and features.

Could those features inherent in the Apple TV be the foundation of the software behind the iTV? That’s hard to know with the bits and pieces that have come out since rumors first started flying years ago. But the wireless streaming “mini” seems more plausible than a ring as a remote control.