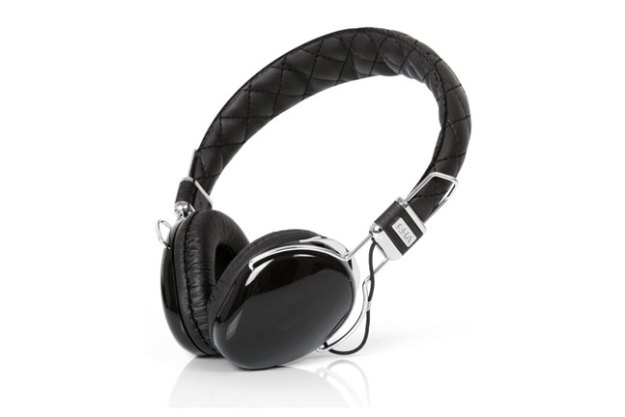 “If you just don’t want to break the $100 barrier, then the RHA SA-850’s are a good compromise that are sure to make you happy, if only to make you yearn for more.”

UK-based Reid and Heath Acoustics (RHA) hopes to make a splash on this side of the pond with the SA-850 headphones. Designed to look like the retro headphones from a couple decades back, these cans are all but old, sporting 40mm titanium mylar drivers and a braided fabric cord. With a street price around $80, the SA-850’s fall into the sweet spot for consumer wallets; not too spendy to warrant an overly critical ear, but expensive enough to set them apart from the rest. The flagship SA-850’s fall into the company’s SA (Supra Aural) series along with the entry level SA-200’s and the mid-range SA-500’s. The difference being that the SA-850’s are supposed to deliver professional grade audio. As Digital Trends readers know, there are more than enough headphones out there in the sub-$100 price range, so let’s see if the SA-850’s are worth your attention.

Some headphone companies go all out with their packaging and presentation. Extra ear cups, a carrying case, extension cable, plug adapters etc. are all becoming normal fare these days. RHA keeps things relatively minimal with the SA-850’s though. You get a small box and the headphones – that’s it. That means you will need to buy an extension cable and plug adapter if you want to use these cans with your home theater system. So with that in mind, we are going to assume that the SA-850’s are meant for your portable music player.

Since there are more headphone manufacturers than people in China these days, companies are being forced to get creative with their designs. Designers out of Denmark and Sweden seem to be going for a minimalistic approach for example, while there are several companies going for a more “urban hip” look; namely Koss, Urban Ears, B&W, and Marshall among others. The RHA SA-850’s fall into this alternative category of look.

The RHA SA-850’s have a cool retro street look to them, but are surprisingly lighter than what we thought they would be; they are also a tad bit smaller too. Because these are supra aural headphones (means they sit on top of the ear, not over the ear), the SA-850’s do not have to be large in design. Supra Aural headphones are starting to pick up more in popularity and we are starting to see more manufacturers introduce them to the market (namely the B&W P5’s and the Urban Ears line). Their on-ear approach instead of over-the-ear means you should try the design out before making a decision, as a lot of people find the fit a little awkward at first.

The materials for the SA-850’s seem to have been picked for their weight more than anything. The faux leather headband has that hand-stitched look to it, and the metal earcup sliders almost feel like plastic, all in the name of minimalizing ear fatigue and your pack load. This is both good and bad. Good because, well, they are light as hell. Bad because they feel cheaper than they look. You decide which characteristic you want. The ear pads do a better job of mimicking real leather though (at least they fooled us), and we like the detachable fabric braided cord which will all but eliminate cord tangling. Speaking of the cord, it’s very apparent that the SA-850’s are meant for an iPod or portable MP3 player, because the cord length is shorter than other headphones out there. You can buy a longer 3-meter cable from RHA though but it runs about $25, or about a third the price of the SA-850’s. Ouch!

The RHA SA-850’s feature impressive 40mm titanium-coated mylar drivers with a frequency range of 16-22,000Hz and a sensitivity of 113dB.

We tested the RHA SA-850’s with our Apple iPhone 4 and our 27-inch iMac. We decided not to test these cans with a receiver or micro amp since they seem to be meant strictly for a portable MP3 player.

Because of their lightweight design, the SA-850’s are very comfortable to wear. They are not overbearing and did not cause ear fatigue from their weight. The leather cup covers do get hot after a while and some people commented on that. We also had some complaints that the SA-850’s did not cover the ear completely, and that users were not able to adjust the cup positioning due to the metal slider design. Because of the SA-850’s Supra Aural and closed-back design, they do provide a level of passive noise cancellation to help keep the music contained, and they worked well on our plane ride from Portland to NY. Obviously, active noise canceling headphones like those from Bose work better, but there are considerable drawbacks to their design as well; namely their heft and battery requirements.

For our music tests, we used Awolnation Megalithic Symphony, Phoenix Wolfgang Amadeus, and David Grays’ Flesh . The SA-850’s sound great out of the box and do not require a very long break-in period. Bass is nice and tight, deep and not overwhelming. Vocals are warm and forward and slightly laid back. There are a couple areas where the SA-850’s seem to be lacking, namely the highs, which quickly get drowned out by the bass and midrange. The SA-850’s seem to also lack texture depending on the type of music you are playing. They sound great when the soundstage is closed in with vocal heavy music, but when instrumental music is being played, the warmth seems to disappear at times. For example, in Made up my mind by David Gray, a song with a folksy bluegrass intro, the acoustics seem to blend in together and sound rather bland; their warmth all but gone. The SA-850’s has a high sensitivity rating, so we aren’t sure a headphone amp would help improve their sound much, either.

Like a sharp Hyundai coupe sporting a shiny red paint job, the RHA SA-850’s quickly lose their luster after a short period of time. At initial glance, they look hip and cool, but soon feel cheaper than they should and offer just slightly above-average sound. Don’t get us wrong, these headphones sound good, but after listening to some higher-end headphones, we would rather fork out the extra cash to get a pair that really impresses and which comes with all the bells-and-whistles like extension cables, adapters and a carrying case. In the end, if you just don’t want to break the $100 barrier, then the RHA SA-850’s are a good compromise that are sure to make you happy, if only to make you yearn for more.