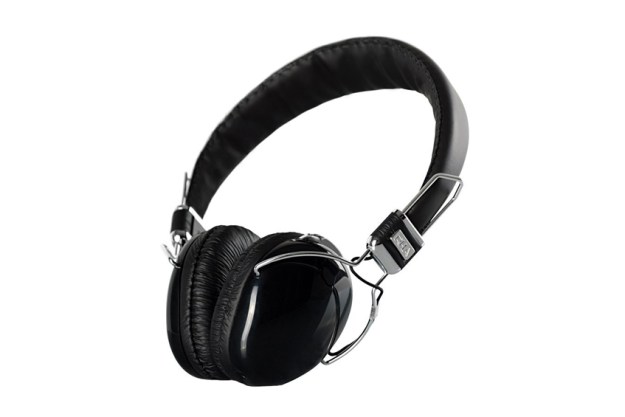 “At $60, it’s hard to ask for much more than what these headphones deliver: approachable sound in a tidy, stylish package.”

RHA is one of several headphone makers marketing its product as providing “professional sound” for a low price. Judging by the in-ear MA450i and on-ear SA-850 we reviewed previously, that marketing hasn’t been totally warranted. Though we enjoyed their retro-style design, we withheld recommending them due to their inconsistent sound qualities. More recently, we got a chance to check out RHA’s latest offering, the SA950i (950i). Let’s see if the company has made any progress toward that professional sound it promises.

The 950i are packaged unassumingly and without any accessories – hopefully an indication that your purchase price goes toward sound quality instead of a bunch of extras. At just 105 grams (that’s 3.7 ounces for you metric-haters out there) the SA950i aren’t likely to be a burden. These headphones feel as light on your head as they do in your hand, an important factor considering RHA’s chief design point for this model is portability.

You can find RHA’s headphones at Apple’s website and retail stores. After a quick once-over, we can tell why Apple allowed these cans into its carefully curated selection. Like Apple’s products, these headphones are smart, simple, and sleek in design — nothing appears out of place.

The 950i’s glossy ear-cup housings are held in place by a thin, metallic wire suspension, which glides smoothly up and down the matching black leatherette headband, adjusting to the user’s head with ease. The earcups feature soft, black leatherette pads that should fit well to most ear-sizes. The included cloth-braided cable is lightweight, ultra-thin, and includes a three-button, iOS-compatible microphone. The cord does little to weigh down the headphones and stays conveniently out of the user’s way.

The SA950is’ wispy design and slight clamping force make for a comfortable fit that is easy on the ears and barely noticeable on the head. We found them ideal for traveling and generally active use. We’d just like to see a bit more adjustability to accommodate those with larger head sizes.

The sound signature of these headphones is a bit difficult to nail down. At a mere $60, the 950i handily outperform their asking price in many areas. However, we felt their soundscape dodged our attempts to define it, like a mechanical target in a shooting alley. This was especially evident in the way they handled low frequencies. We listened to a wide selection of songs, from rock, to electro-style pop, and older hip-hop, each style ending its own variation to the narrative. Here’s what we found.

The SA950i’s produce powerful mid-bass during most of the electro-rock tracks we used. We loved the crunchy fuzz-bass in the chorus of Muse’s “Undisclosed Desires.” The headphones’ drivers revealed a surprising amount of power here, though with a slight metallic tinge. However, bass response was less impressive when we cranked up “Still D.R.E,” by Dr. Dre. With this track, the extreme low end went missing, and treble response got a bit blurry. We found a similar lack of force with Wu-Tang’s “Bring Da Ruckus,” where bass was weak and treble too brittle. Shifting to Too Short’s “Just Another Day” (a favorite for its huge 60Hz beat), the sound transformed on us again. We found the 950i’s managed to bump the ultra-low beat as well or better than several larger (and more expensive) headphones we’ve tested. Back and forth we go.

In other tracks we listened to, especially those in the rock genre, the 950i did a better job maintaining consistency. You won’t get the presence or definition you would from a pricier, professional-quality pair, but at the same time, we were impressed by the 950i’s ability compete well in many areas with headphones that cost literally two or three times as much. For example, we heard some great moments in the 950i’s midrange execution, where the cans really sprung to life. One such moment came with the entry of woodblock percussion toward the end of the Dave Matthews’ “Stay.” We were impressed as we listened to the tones bubbling around above the fray of the complex instrumentation during the climax of the song. Similarly, during David Bowie’s “Five Years,” where the electric guitar’s fantastic ‘70’s tone crunch is the star, we were taken aback by the 950i’s ability to deliver. In fact, we were treated to well-exposed texture in the majority of the rock tunes we heard, and piano and electric guitar in particular were given a nice ring that you just don’t find in many headphones at this price, or even above.

To sum it up, the 950i’s have a way of shaving off the highs and some of the lows to create a midrange-intensive soundscape that is easy to listen to. Instruments aren’t reproduced with that bright sheen that professional cans offer and, depending on the song, the lowest bass tones aren’t fully represented either. However, the 950i’s reproduce a pleasant, easily approachable sound that should appeal to those without highly critical ears.

The SA950i’s are a well-designed pair of headphones that look as good as they feel. While we noted some apparent limitations, mostly having to do with inconsistency at the extremes of the frequency spectrum, what you do get from the 950i is clear and well-balanced. And, at $60, it’s hard to ask for much more than what these headphones deliver: approachable sound in a tidy, stylish package.

Powerful but pricey, Roon is what Apple’s iTunes should have been

Apple might add dual Bluetooth audio connections to the iPhone