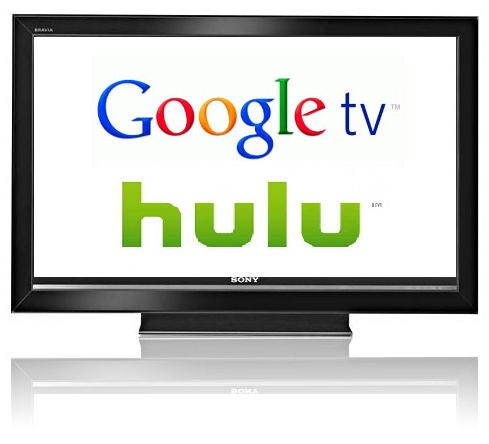 Last week a mystery unfolded involving Hulu and the possible buyers it was considering. While we heard there are a myriad of potential interested parties, a new one can be added to that list: Google. The Los Angeles Times reports that the Internet scion has thrown its hat into the ring, along with Yahoo and Microsoft

Google has been investing major resources into YouTube as well as Google TV in attempts to provide more content for users. It’s come up against some resistance from larger labels however, including the likes of ABC, NBC, and Fox – all of which own a piece of Hulu, complicating matters. It can probably go without being said, but it’s pretty obvious why Google wants to bag Hulu: In addition to netting some seriously popular content, it would also get access to some important and profitable advertising deals. A ComScore report recently revealed that while YouTube easily, embarrassingly trumps Hulu when it comes to page visits, the streaming service crushes the Google property in video ad sales.

The company has been busy remodeling YouTube, bringing in platforms for premium content and apparently trying to introduce celebrity-branded channels. All of this isn’t only to woo viewers, but to woo advertisers. And while cleaning up the platform and introducing higher-quality content is a step in the right direction, what it could use would be some mainstream, established shows. Which, of course, Hulu has: Glee, 30 Rock, South Park, Modern Family, The Simpsons are just a few of the massively popular titles the site offers.

But it wouldn’t be a possible Google acquisition without there being a few potential snags, the foremost being the general resistance of Hulu’s owners. They pulled their content from Google TV in October 2010, and haven’t looked back. There’s also the Department of Justice to consider. Google acquisitions have raised antitrust regulators’ eyebrows before (think the ITA Software deal), and YouTube’s Internet domination might spur yet another investigation. This all makes for some difficult ground for Google to tread on, but there is one clear winner in all of this: Hulu. She must feel like the prettiest girl at the prom right now.

Topics
Apple HomePod mini vs. Google Nest Audio
HBO Max: price, movies, shows, and more
Ad-free HBO Max is about to get more expensive
Best place to buy a TV: Get the most bang for your buck
Is there a Sling TV free trial? Here’s what you need to know
What’s new on Apple TV+ this month (February 2023)
YouTube TV loses MLB Network and MLB.TV add-on
YouTube TV: plans, pricing, channels, how to cancel, and more
Apple’s MLS Season Pass is about more than just streaming games
Best 75-inch TV deals: Get a large screen for the Super Bowl
Flash sale drops the price of this 55-inch QLED 4K TV to just $370
Netflix expands its spatial audio, number of devices that can download content
Sony’s 2023 AV receivers are Sonos-ready and work with wireless speakers