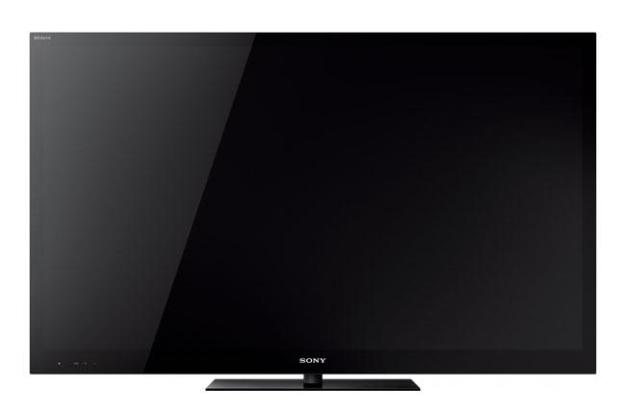 “Is the added cost of the non-XBR HX series TVs worth it? There may be isolated cases where it is.”

Sony HX820 series information: This review is based on our hands-on experience with the 55-inch KDL-55HX820 TV. However, our observations also apply to the 46-inch KDL-46HX820. According to Sony, the two sets differ only in dimension and weight and offer identical features and performance.

This year we reviewed Sony’s flagship XBR-46HX929 as well as the KDL-55NX720, which sits two models down in Sony’s LED TV lineup. Both were excellent TVs, but the top-of-the-line XBR and its full-array local dimming managed to outperform the edge-lit NX720 with slightly better contrast performance.

The XBR model may have come out on top in our head-to-head performance comparison, but the considerably less expensive NX720 looked so great that our review ended up being centered around whether or not the XBR was worth the extra cheddar. At the end of the day, we acknowledged the XBR’s technical superiority but gave the NX720 props for offering better value.

Fast forward to a couple of weeks ago, when Sony’s KDL-HX820 came busting through our office doors, and we found ourselves scratching our heads a little. The HX820 sits right between the previously reviewed Sony models, which were already very similar in features and performance. Then we realized we had an opportunity to take a close look at the few differences that exist between the HX820 and NX720 and open up a discussion around whether there is any point in offering he HX820. So, that’s what we’re going to do.

For a full overview of design, connectivity, picture quality and other specifics, check out our in-depth review of the nearly identical NX720. For a closer look at that handful of feature that’s separate the NX820 from its cheaper brother, read on.

To understand what the above numbers mean and the effect they have on the picture we see on our TVs, it might help to have a quick briefing on a technology known as “motion interpolation” because we’ve found there is a lot of confusion about the difference between a 60Hz native or 120Hz native display and the 240Hz, 480Hz and 960Hz numbers we see from various TV manufacturers. This is a rather technical topic so, for the sake of brevity, we’re going to have to water it down a bit.

120Hz panels were designed in part so that TVs could display movie content recorded at 24 frames per second with less judder than 60hz displays. Since 120 is an even multiple of 24 (where 60 is not), the display, using a process called 3:2 pulldown, is capable of displaying the image with less judder. The result is a smoother, more natural looking image. Yay.

The problem with LCD panels, however, is that they are what is referred to as a “fixed framerate” display. So, even though 120Hz panels help keep a picture smooth, there will still be some visible artifacts which make the image look blurry or jittery when the camera pans across a wide space at a high rate of speed. The effect is easily visible on, say, a basketball game.

In order to combat this issue which is native to the display panel, TV makers employ motion interpolation. This can be accomplished using a number of different techniques, but the principle behind them is the same. This technology essentially “adds in” images where they do not naturally exist in an effort to “fill in the gaps”, so to speak.

While this processing is intended to further smooth out the picture (and we do acknowledge that the processing has a very noticeable effect) the issue is that we hate what it does to the picture. Many new TV owners complaining that their TV makes everything look like a bad soap opera. In fact, the term “soap opera effect” has taken hold in the industry and, because of that, most TV manufacturers offer the option to turn the processors off (which is standard practice in our TV reviews).

In short, we feel that it doesn’t matter whether a TV has 240, 480 or 1920HZ processing and, as such, don’t consider it a benefit which should influence a decision on which model of TV to buy.

Sony’s Ambient Sensor works by automatically adjusting the TV’s color and brightness based on the room’s lighting conditions in an effort to provide a great looking picture automatically. Sony’s Light Sensor leaves the color alone and just adjusts the brightness.

Again, we turn these features off when we evaluate TVs but we have played around with both and think that the light sensor is actually the better of the two. While we can see the value in the idea behind adjusting color to look more bold in bright light situations, we tend to prefer leaving the color settings alone so that they are accurate in low-light situations where TV viewing tends to be a little more “active” in terms of picture appreciation.

The final distinction between the HX and NX series of Sony televisions is the inclusion of Sony’s XReality Engine or the higher end XReality PRO Engine. The latter uses two chips whereas the former uses just one. Sony’s description says that the XReality chipset analyzes each frame to provide sharper images and better contrast detail. Its description of XReality PRO says that a pixel-by-pixel analysis is done to provide better color, contrast and brightness.

Here we must admit that XReality PRO does a better job. That said, the only time we found it useful was when we were watching low-resolution, low-bitrate streaming content from the Internet. Both Netflix standard definition videos and YouTube content looked better with the PRO engine, versus the standard.

Is the added cost of the non-XBR HX series TVs worth it? There may be isolated cases where it is. Perhaps hardcore Internet video fans who need the improved picture quality will see it as enough of an advantage. However, we prefer the standard light sensor on the NX series TV and don’t give a good cahoot about MotionFlow, no matter the number. So, our position is that the NX reigns king when it comes to value. If you want a better performing TV, pony up the extra cash for the XBR series.

Because the HX series is precariously positioned, determining a rating is also precarious proposition. We would prefer to “recommend” the NX series TVs, however, the HX820 is a really solid performer. So, we dock one point for less value and call it a day with the HX series with an 8.0 rating.