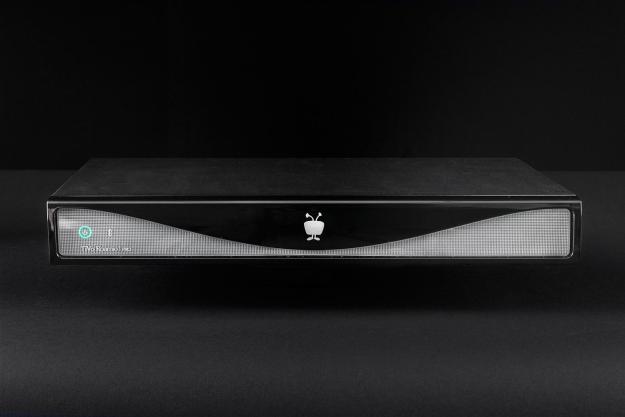 “For those committed to cable but sick of the tired out, clunky experience that comes with leased equipment, TiVo’s Roamio DVRs are a revelation.”

When satellite and cable companies started handing out HD DVRs and, later, incorporating access to tons of on-demand video content through its own equipment, I concede that I joined a chorus of many who thought TiVo might soon meet its end. But TiVo remained tenacious, recently introducing the Roamio series of DVRs, and in doing so, promptly changing my tune.

Admittedly, I’m what you would call a newborn “cord-cutter.” Rather than continue to pay for cable or satellite TV services and all the fees that come with them, I have opted to get most of my TV and movie content through either over-the-top services like Netflix and Hulu (with the occasional rental from a service like Vudu) or over the air using an HD antenna.  In fact, I actually had all my cable boxes packed up, ready for return to Comcast when the Roamio DVR TiVo sent me arrived. But the demo TiVo gave me at the CEDIA convention last September had me wondering if the Roamio might make me turn around on the whole “no more cable” plan.

If ever there was a product that might convince me to keep cable service around, it would be the TiVo Roamio.

You see, the Roamio ostensibly allows me to do almost everything I want with live, on-demand, and streaming content. Using a Cable Card, the Roamio effectively replaces your cable box, laying its own, far superior guide and interface over the top of the channels. It also allows streaming content from online services like Netflix, Hulu, Amazon Prime Instant, and several others. Plus – and this is a developing feature, not available in all markets just yet – TiVo has struck a deal with several cable markets (mine included) which allows the user to access their cable company’s video on-demand services. And as if all that wasn’t enough, the Roamio Plus and Pro models will let you stream live and recorded TV to an iPad, iPhone or iPod touch, in or out of your home.

With all of that, was the Roamio good enough to change my mind about going full-on cable-cutter? Read on to find out.

Removing the TiVo Pro from its box immediately hammers home the fact that it is everything your cable or satellite DVR is not. First off, it’s friendlier and more colorful. A brilliantly-designed quick start guide inside beams “Start Here!” as if it is as excited as you are to get going. And the DVR box itself is well-constructed, with a solid metallic casing, no flimsy metal or lame plastic. The remote, too, sports sexy curves that make it feel like it was made to be cradled in your hand. In addition, the remotes buttons are colorful and well lain out. We’d later find out the remote had another trick up its sleeve.

Getting the Roamio Pro up and running would have been a piece of cake if it didn’t involve my cable company, Comcast. A company representative wasn’t particularly pleasant with me as I exchanged three digital boxes for a sing Cable Card (cutting into their bottom line – hey, at least I was still cutting something). Then again, she wasn’t being all that pleasant with anyone.

If you’re not familiar, a Cable Card is … well, it’s a card … that you stick into third-party equipment so that it will work with your cable service without requiring a separate box. It authorizes the device, be it a TV or DVR, to access your cable service while allowing the cable company to keep your access restricted to whatever your subscription level might be.

The setup routine could have gone as simply as calling a number to enter certain information offered up on the Roamio Pro’s setup screen, later giving us magical access to our channels. However, this proved to be problematic. Comcast had the wrong serial number on file, and needed to get the correct one. Coming to this conclusion took what felt like an hour. Then, it became apparent that we were only getting some of the channels we were supposed to. Figuring this issue out did take over an hour, though I admit I did it via chat instead of phone and that may have added a few minutes.

But once all of that was handled, getting the Roamio Pro totally set up was a breeze. I signed in to Netflix and Hulu, downloaded the TiVo app for my iPhone and iPad and got those synced up by plugging in a short number for each. I could have stopped here and been fine, but TiVo offers the ability to “de-authorize” stations in its menu. This means that you can remove all the stations you don’t get, so you’re never recommended programming you can’t watch or try to record something you can’t. This can be a little time consuming, especially if you don’t know your subscription tier’s available channels by memory. Still, it is totally worth it and an excellent feature.

The Roamio Pro has six tuners so that you can record up to six programs or record five and watch another live. You also get a 3TB drive, which will store up to 450 hours of HD or 3,000 hours of SD content. For me, this was totally overkill. I could easily have done with the Roamio Plus, which also offers 6 tuners and will store 150 HD or 1,000 SD hours.

TiVo’s interface not only makes navigating your channels easier, it also recommends content for you based on what you like to watch.

There’s also the basic Roamio, which has four tuners and 75HD/500 SD hours of storage. The base model also bears the distinction of being the only one of the bunch with an over-the-air antenna input, though you give up on free wireless streaming to iOS devices, too (you can buy into this feature, though).

All three models have built-in wireless adapters for quick connection to your local network. Video On Demand access requires an Internet connection, as does using Netflix or any other streaming service. With the former, the Internet connection is only needed for communicating commands and authorization with your cable company or Verizon Fios.

TiVo’s interface not only makes navigating your channels easier, it also recommends content for you based on what you like to watch. And it doesn’t just source those content recommendations from your cable channel listing, it also polls Netflix, Hulu, and all the other available streaming services for titles there, too. Not sure if what you want to watch is free or costs a fee? TiVo’s software will let you know that as well.

All of that goodness can be streamed to other TVs in the home using one of TiVo’s “Mini” boxes, which essentially acts as a wireless dumb terminal for the master Roamio DVR.  You might begin to see how you could replace all of your cable company’s equipment with your own and ditch their equipment leasing fees.

But it’ll still cost you

Of course, all this flexibility doesn’t come without their own costs. Monthly service on a Roamio DVR costs $15 a month or a one-time payment of $500. Adding a TiVo mini to a room will cost you another $6 each or a one-time fee of $100. So, depending on your cable company’s fee structure, you may or may not end up saving any money over using company-owned equipment. But, once you’ve experience TiVo’s interface and ease of use, I doubt you’ll want to give your money to your cable provider for a vastly inferior experience when you could give it to TiVo for a flat-out enjoyable one.

Living with the Roamio

If ever there was a product that might convince me to keep cable service around, it would be the TiVo Roamio. To be honest, though, I’m just not that attached to live TV anymore. I’m not a huge sports fan, and I don’t mind waiting for TV series to come available a few days after they’ve aired. Others, I can wait to get released by the season in mere months.

But for those who aren’t ready for that more laid-back approach to TV, the TiVo Roamio is the most fun you’ll have with your cable service. I can’t stress enough how much easier it is to navigate the guide and search for the shows you want to watch and record. And streaming to my iPad while away from home on business was a big bonus, too. You can imagine it would come in handy for vacations as well.

Video quality was always top notch. In fact, I dare say the picture looked less noisy and had better color saturation with the Roamio than it did with the el cheap-o  HD box Comcast provided me with.

There are other nice touches, too. For instance: If you lose the remote control, you can call it with the touch of a button on the Roamio box and it will play a little chime until you can find it. That came in handy on more than one occasion in just a couple months.

Living with the Roamio’s cost

For as great as the Roamio experience is – and it really is worth something –  the one thing I have trouble getting past is its total cost of ownership that’s involved. Though the entry level Roamio isn’t bad at all at $176.00 at Amazon, the Roamio Plus at $375 and the Pro at $525 gets a little steep. Then there’s the monthly fees to pay;  I’m simply feeling fee-phobic right now. I was already on the verge of ditching cable entirely because of the fees. Yet, I will concede that what you get from your TiVo fee is totally worth it if you’re committed to cable.

For those committed to cable but sick of the tired out hardware, clunky interface and lack of flexibility that comes with leased equipment, the TiVo Roamio is a revelation.  For those in markets where video on demand is available, it is an even more compelling choice. If owning your own equipment and reaping the benefits of a superior user experience is what you seek, TiVo’s Roamio delivers big time.

Bowers & Wilkins’ wireless earbuds get better battery life and longer range
The best headphones for running in 2023
The best Dolby Atmos soundbars for 2023
The best subwoofers you can buy in 2023
The best home theater projectors you can buy in 2023
LG’s latest portable CineBeam Projector now available for $600
The best gaming speakers for 2023
The 50 best movies on Netflix right now (January 2023)
This massive OLED TV has a $1,000 price cut at Best Buy today
The best movies on Amazon Prime Video (January 2023)
The best new shows to stream on Netflix, Hulu, HBO, and more
The best TV shows on Amazon Prime right now
Best new movies to stream on Netflix, Hulu, Prime Video, HBO, and more