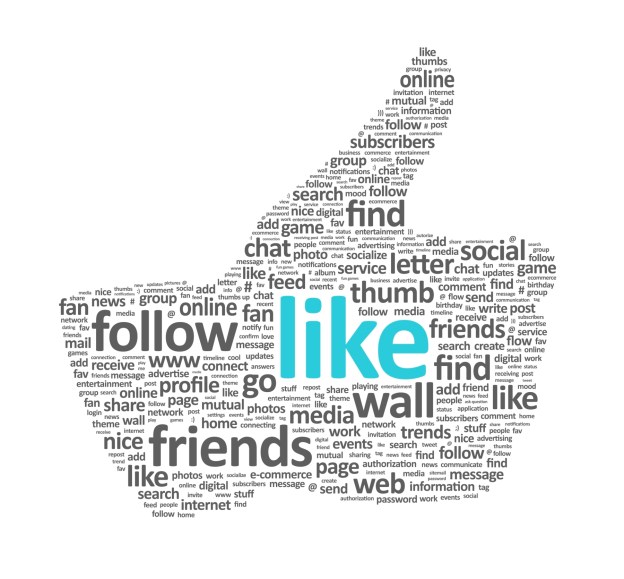 With the amount of activity on the World Wide Web skyrocketing at an unbelievably fast pace every single day, it’s almost impossible to keep tabs on social media statistics – and it’s harder still to find accurate ones.  But we’d like to try and keep up, because it’s sort of fun to know how many people are stuck on Facebook just like we are.  Yes, you are not alone.

An average of 618 million people use Facebook on a daily basis (almost the same number as people with serious weight issues) and 23 percent of those users check their News Feed five times a day or more – in fact, out of every seven minutes one spends online, one minute is on Facebook.  488 million of those users even use Facebook on-the-go – that’s how addicted they are!  There are 2.7 billion “likes” clicked per day—if every person in New York were on Facebook on a liking frenzy, that would mean each one liked around 328 statuses, photos, links, and videos.

Twitter still loves the Biebs and Gaga the most

Since Twitter surfaced on cyberspace, there have been 163 billion tweets sent out, and 175 million of those tweets were posted only yesterday (that’s more than the number of books published in the world).  A lot of the most followed people on Twitter are in the music industry.  And all of this is ruled by two people: Justin Bieber and Lady Gaga. Twitter is their world; we’re just tweeting in it.

An average of 4.7 billion searches per day are executed on Google.  If every person on earth went online today and searched once, that’s 66 percent of the entire world population.

The mobile phone is your extra limb

There are around 4.8 billion mobile users, and varying numbers of people claim to be able to do other things while on their cell phone.  16 billion texts are probably sent by people while they are commuting to work, watching television, eating at a fancy restaurant, rubbing elbows at parties, spending quality time with their family, on a movie date, or driving a car (which they probably shouldn’t be doing—they’re better off texting while brushing their teeth and sending messages to their 600 million friends who apparently don’t even own a toothbrush).

While we’re on the subject of mobile phones, here’s a fun fact: Android phone users are happier than iPhone users.  And 700,000 new Android phones are activated each day, which is way more than the number of babies being born today.

A total of 1.3 billion phone apps have been downloaded on both Apple and Android devices.  That’s the total number of people who’ve seen Gangnam Style on Youtube.

An average of 27 minutes is spent on a typical Skype conversation, and 40 percent of all calls are video to video.

Of the 210 billion emails sent daily, 80 percent are spam.

How to save Ring Doorbell video without a subscription
How do I remove an account from Google Smart Lock?
How to use the Google Home app on your PC
How does RingCentral work? Everything you need to know
The history of the Amazon Echo
What we want to see from Google’s fall event
Smart speakers vs. smart displays: Which is right for you?
Hate cleaning? The DreameBot L10s Ultra operates hands-free for up to 60 days
The Eufy Edge Security System offers better recognition chops and solar-powered cameras
Best standing desk deals for October 2022
I replaced my fancy coffee machine with a smart tea kettle, and I love it
Best humidifier deals for October 2022
Best Nespresso deals for October 2022