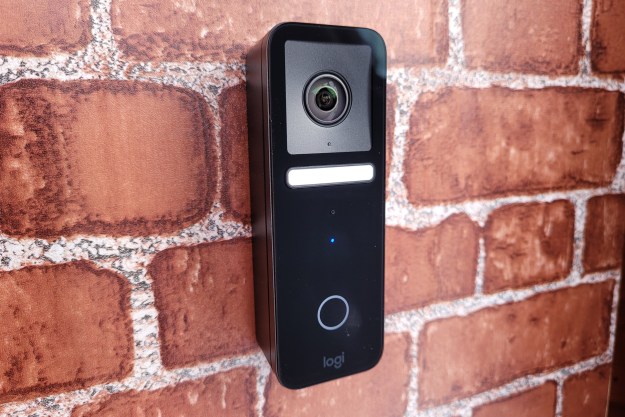 “This is a great video doorbell if you're an Apple die-hard.”

When Apple announced HomeKit Secure Video, manufacturers jumped at the chance to ship some hardware for Apple’s Home ecosystem. We have one of the first video doorbells to emerge, the Logitech Circle View Wired Doorbell. This video doorbell is designed specifically for Apple, and right off the bat, you will notice it does not connect to Android at all. That needs to be the first thing you know about this doorbell going in.

The second thing you need to know is that you need additional Apple hardware and a monthly iCloud subscription, in order for the doorbell to work to its full extent. In addition to an Apple Hub, or AppleTV, or iPad to serve as your hub, you also need to subscribe to Apple’s 200GB or 2TB iCloud plan (for $3/month or $10/month respectively) for the doorbell to collect recordings, though the recordings do not count against your iCloud storage space.

In short, you have to be all-in on Apple for this doorbell to be of any use to you. Chances are, if you’ve read this far, you are all in, so we can proceed. If you’re an Android person, this video doorbell will not work for you at all. You can go ahead and stop reading. I’m going to assume anyone reading past this point is either a die-hard Apple fan or my editor (Hi, boss!).

Appleness extends into the hardware

Once you get beyond that, we can start to examine the doorbell itself. The hardware is a study in overengineering. I’m not sure if that’s a good thing or a bad thing, to be totally honest. Maybe I’m nitpicking here, but even how Logitech handles wiring is a little weird. On the back of the doorbell casing, you shove the doorbell wires into slots that “grip” the wires, rather than just using screws like you might be used to. When attaching the power converter, Logitech includes clips that you use to wire the converter to the transformer. None of these are bad, in fact it makes for a very clean experience, but it just felt a little excessive. There’s nothing wrong with wire nuts and screws. These other methods aren’t better or worse, they’re just very Apple.

The video doorbell’s hardware is a bit basic looking. It’s a black rectangle, on which you’ll find (from top to bottom) the camera, a light for night vision, motion and light sensors, an LED notification light, the doorbell button with a light ring to let people know where to push, and finally a bit of branding at the bottom. The doorbell is on the bigger side at 4.68 inches tall and 1.65 inches wide. It also comes with an angled mount if you want to turn the doorbell to the side by 15 degrees.

The camera itself sports a 160-degree diagonal field of view and had excellent night vision capabilities, even without the 4,000K LED light strip. The camera does not use IR night vision, but rather color night vision that is grainy, but otherwise clear, even on a particularly dark night. I set the doorbell up by my back door, so it didn’t even have the luxury of my front yard light to help and the picture was still quite good, though not good enough for facial recognition that we’ll explore further in a little bit.

The camera also has a motion sensor and a light sensor that measures the ambient light in lux. That is really neat since, at a glance at the doorbell, I can tell if there’s enough light outside for taking photos or videos. But the software fails to take full advantage of these sensors, which again, we’ll explore below.

As for negatives, the camera suffers from a bit of fisheye effect around the periphery of the camera. The LED strip on the doorbell has an off and on setting, but no auto setting. Considering the doorbell has a motion sensor and light sensor, it seems ridiculous that you cannot configure the light to come on when the sensor detects motion and the light is below a certain threshold. But that’s a software failure, and not the only one.

The software is very Apple

Once you set up a Home Hub, and you have an iCloud subscription, you open up the capabilities of the doorbell. Specifically, you can have the doorbell record activities that occur, such as motion detection, doorbell ringing, etc. If you do not have a hub, you are limited to a live stream only. I frankly fail to see the need for a home hub to simply record and store videos. If I only had an iPhone, I should still be able to see videos from motion events. This is blatant platform lock-in and a little gross. Other doorbells require subscriptions for recording videos, so I will forgive Apple’s iCloud requirement, but just barely.

It’s also noteworthy that if you want to stream video from the camera, whatever device serves as your hub has to be on. Most of the time this won’t be a problem, but if you ever have to power off your iPad, your doorbell goes with it. This again supports the argument that if I have an iPhone, I should be able to stream data to it without needing a device in between. Not cool.

Other aspects of Apple’s software are pretty standard to what you’ll find in other doorbell interfaces. Scrubbing through events is a little wonky since you can only view events where motion or people are detected, but you need to drag your finger from event to event and it’s a little hard to get to the very beginning of an event. But, sharing and saving videos is easy with Apple’s share menu.

Apple also allows you to use the sensors in the doorbell to trigger other events inside your home. For example, if you want a certain light in your home to toggle on when your doorbell senses motion, you can do that. That’s a very smart integration that really builds out a smart home.

This doorbell is one of the first that I’ve tested that offers facial recognition that really works. The implementation is not the best. Apple uses your photo library to identify people who ring your doorbell. So, if you’ve had an iPhone for a long time, you’ll have a lot of people in your photo library. If you’re like me and only occasionally use Apple products, it will not work as well. But just the fact that it works at all, is very cool. Considering the number of doorbells I’ve tested, any one of which I’d happily give access to Google Photos if they would only ask, this was a breath of fresh air. Unfortunately, my photo library can only accurately identify myself and my children. Fortunately, you can add in the names of new faces as they occur. That will come in handy the longer you use the doorbell.

Overall, This is a really nice video doorbell — if you are a die-hard Apple fan. If you are not, this is not a good doorbell at all. We’ve already established that if you’ve read this far, you are, so yes this is a very nice doorbell uniquely suited to you and your existing ecosystem. The field of view is pretty good, though it’s not the 180 degrees you’ll get from the Vivint Video Doorbell Pro. Plus, video quality is good, even at night, much like the HomeHawk Window I reviewed a few months ago. I really like the access Apple provides to the motion and light sensors. Other doorbells have those sensors, but Apple lets you use them, which is pretty neat.

From a holistic standpoint, this video doorbell is just as good at anything out there. I’m particularly impressed by the color night vision capability. While infrared-based night vision can produce brighter, clearer results, even from a cheap doorbell like the Wyze video doorbell, I prefer color night vision because it gives you a better representation of what’s actually outside your door. There are also three other doorbells that support HomeKit including offerings from Netatmo, Robin, and Yobi.

This doorbell is very well constructed, albeit of plastic. It’s not made of the most durable build materials in a doorbell I’ve tested. That honor probably goes to the Nest Hello doorbell. That being said, I have no concerns about its long-term viability. The doorbell is rated for operation at -20 degrees to 40 degrees Celcius. It has a one-year limited warranty.

Once again, if you’ve read this far, then you’re an Apple die-hard, so yes you should buy it. Tying into Apple’s ecosystem is pretty powerful, and using those sensors on the doorbell to trigger other smart home events has really neat potential. The MSRP of $199 is right in the wheelhouse of other doorbells like the Eufy Security Doorbell. Finally, the software, Apple’s Home Kit, offers far more security than Ring Video Doorbell 3.