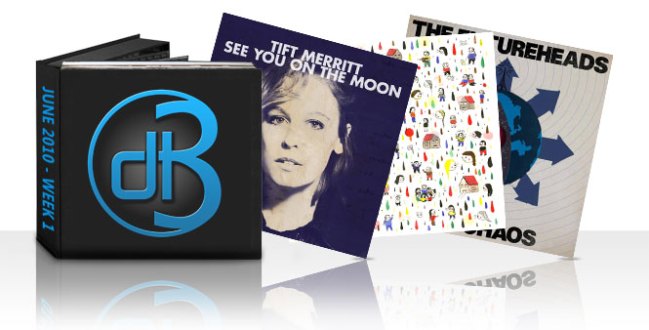 Each week the Digital Trends staff selects three albums that we think you should know about. Not in-depth reviews, just passing on some music we like.

Want to suggest a band or album? Email us here: dt3@digitaltrends.com or leave a comment below.

Tift Merritt – See You On The Moon

The fourth studio album from this Houston-born, folk singer.

Buy from Amazon: See You On The Moon

Worried that using their last names made them sound like a law firm, the band decided on a fair compromise: keith (good)win tim arn(old) dan sch(war)tz.

Top Tracks: My Own Sinking Ship, That’s Some Dream, Making My Life

Released on April 26 in Europe, US fans can now get their hands on “The Chaos”.

Buy from Amazon: The Chaos

Over your oven? 3D print new, smarter controls with RetroFab