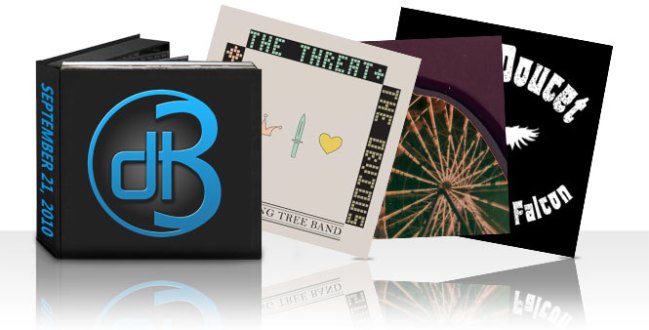 Each week the Digital Trends staff selects three albums that we think you should know about. Not in-depth reviews, just passing on some music we like.

Want to suggest a band or album? Email us here: dt3@digitaltrends.com or leave a comment below.

The Giving Tree Band – The Joke, The Threat & The Obvious

The Giving Tree Band, started by brothers Eric and Todd Fink in 2004, is an eight-piece group from Yorkville, Illinois that is putting a modern spin on traditional knee-slappin’ folk music. The band has everything needed to play great folk music: guitar, banjo, mandolin, and even a bit of twang in the vocals, but modern songwriting and sweeping melodies elevate their sound above just any old-timey band.

For fans of: Okkervil River, Blind Pilot, The Cave Singers

Matt Costa is perhaps best known for being Jack Johnson’s prodigy (he is on Johnson’s Brushfire label) and the catchy simplicity of his likable pop hit “Mr. Pitiful,” which made its way into an iPhone commercial. With this album, Costa takes production into his own hands and gives fans something more to grab onto than just sweet pop ditties. His sound on Mobile Chateau is rich and layered, with charming vocals and a touch of Beatles-era rock ‘n’ roll flair.

For fans of: The Shins, Mason Jennings, Brett Dennen

Acclaimed Canadian singer-songwriter-guitarist Luke Doucet is (ironically) a master of Americana and brings a full-band sound to his newest album, Steel City Trawler. Doucet’s songs are brought to life by his masterful guitar work and earnest lyrics. His guitar veers from folk to blues to rock ‘n’ roll with ease and the rest of his sound seems to follow along without skipping a beat. Listen for highlights “Some of You Folks” and “The Ballad of Ian Curtis,” a tribute to the late Joy Division frontman.