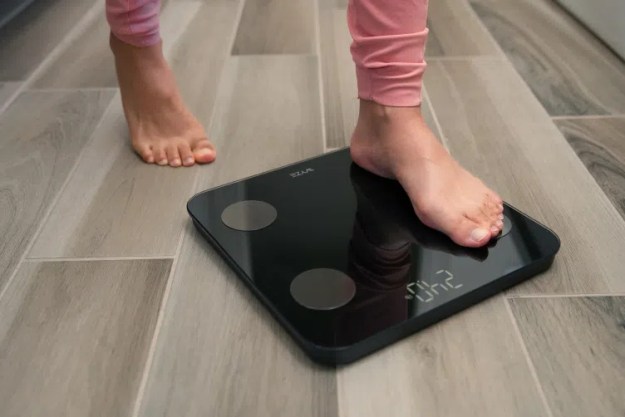 “The Wyze Smart Scale S provides a litany of health-focused metrics at an affordable price point.”

It’s January, and that means thousands of people are once more trying to reach their goal weight. It also means the scale isn’t always your friend. After strict dieting, waking up before dawn to cram in a run, and all of the other steps you take to shed those pounds, you step onto the scale with the hope that you’ve dropped a few numbers.

The problem is that working out isn’t just about weight loss — you gain muscle at the same time, and muscle weighs much more than fat. Did you realize that a bodybuilder can technically be “overweight” despite being in better physical condition than 90% of other people?

The Wyze Scale S can help you gain a more accurate measure of your actual body composition, not just your weight. I tried it out for a couple of weeks.

More than just a scale

The scale provides an incredibly detailed breakdown of vital metrics about your body. But while this information is useful, it also isn’t completely accurate. These measurements are all estimates based on algorithms. You would need an actual medical device to give you exact readings of this information, but the Wyze Scale S can give you a ballpark idea of your current level of fitness.

Each time you step on the scale, your numbers are automatically recorded in the app (assuming your phone is in Bluetooth range, anyway.) The app generates a graph of your weight progress over time.

You would need an actual medical device to give you exact readings of this information, but the Wyze Scale S can give you a ballpark idea of your current level of fitness.

Choosing body fat, muscle mass, or any other metric shows an explanation of what each term means, and it also displays your own measurements on a color-coded graph. It shows where you fall on the chart using terms such as average, below average, or above average, which is helpful if you aren’t quite sure what the numbers mean or what a healthy range is.

However, the features don’t just stop at the scale. The app itself has some useful tools in it, too — like the ability to measure your heart rate. The way it does this is kind of interesting, too. It asks you to cover the back camera of your phone with one finger, and then use your other hand to cup the phone so that the light reflects toward your finger.

The camera on your phone measures the pulsing beneath your skin, and it’s pretty accurate. I tested it at the same time with a high-end fitness tracker and achieved the same result. If you need a quick way to check your pulse during a workout (and the old method of pressing your fingers to your neck and counting doesn’t work for you), then the Wyze app can come through in a pinch.

In my opinion, though, the best feature is the pet/kid mode. Ever wondered how much your pet weighs? This mode lets you step onto the scale empty-handed, then step on to the scale holding your pet, and will calculate the difference in weight and give you an accurate measurement for your pet (or your kid.)

Spoiler: My chunky cat was 14.9 pounds and greatly objected to being weighed.

If you need a quick way to check your pulse during a workout, then the Wyze app can come through in a pinch.

The main problem I’ve encountered with smart scales is that they tend to be focused on a single user. The Wyze Scale S lets you have more than a single user and will track the measurements of each separately. You can also set up a Guest Measurement if someone wants to weigh themselves, without throwing off your tracking.

Getting the Wyze Scale S up and working was as simple as pulling it out of the box and connecting it through the app. The only real requirement is that you place the scale on a hard surface. Carpet will interfere with the sensors, so you’ll need to place it on tile or hardwood in order for it to work correctly.

There are a few additional options available to you in the app. For example, you can set a specific weight goal that you’re working toward. This will display each time you open the app. You can also choose whether to view weight in Imperial or metric units, and you can authorize Wyze to work with third-party apps like Apple Health and Fitbit. These are the only two options I found, which is a bit of a disappointment — I would have liked to see the inclusion of other major fitness trackers like Garmin.

You can export your health metrics for a given week, month, year, or some other amount of time to your email. If you’re keeping records or using the measurements for medical purposes, this can be useful information to give to your doctor.

The Wyze Scale S strikes a great balance between affordability and functionality. It even has an Athlete Mode for those who work out more than 10 hours per week for more accurate tracking. It’s one of the best smart scales I’ve worked with and has become my go-to way of measuring myself.

For its price point, the Wyze Scale S is hard to beat. At about $20, you aren’t going to find a more functional scale. If you want more functionality with a far greater range of fitness apps, the Withings Body+ offers more than 100 different apps and integrations for $100.

This is a scale, so it’s going to be abused a bit. Between being stepped on, accidentally kicked, and knocked into the wall, you can expect the Wyze Scale S to pick up some damage here and there — but it’s well-made and includes a one-year warranty from the date of purchase. I expect it to last for years to come with proper care.

Yes, without a doubt. If you’re looking for a smart scale to help you track your fitness goals, you can’t go wrong at this price point.