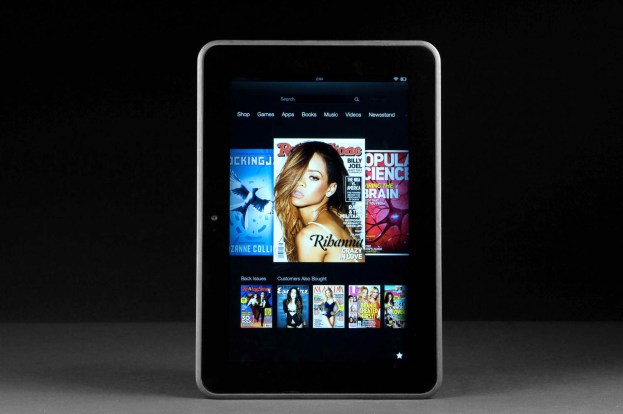 The current, entry-level Kindle Fire is looking a bit over-priced lately, and it appears Amazon has noticed, as according to a new rumor the company is working on a Kindle Fire tablet which will cost just $100. This is according to an anonymous source speaking to TechCrunch, who has told the site the cheap tablet will be more like the Kindle Fire HD than the non-HD original model.

Apparently, the screen will be another 7-inch panel, but the resolution will be upped to 1280 x 800, which is identical to the Kindle Fire HD. A Texas Instruments processor will keep the tablet up and running, but it’s not clear whether it’ll be the OMAP 4430 found in the standard Fire, or the OMAP 4460 with its improved 3D graphics performance used in the Fire HD.

A Kindle Fire HD costs $200 at the moment, making a comparable Kindle tablet priced at $100 look like a real bargain. Recently, Amazon cut the price of its Kindle Fire HD 8.9 tablet to $270 for the Wi-Fi model, and launched the device internationally; could this signify we’re about to get a new Kindle range entirely, and Amazon are attempting to get rid of the outgoing hardware?

Although an Android tablet for $100 sounds special, there are already plenty which cost this or less; the trouble being they’re almost universally awful. A name-brand releasing a tablet we’d actually want to own for that price could clean up, especially over the holiday season. Of course, the most successful $100 tablet we’ve seen so far is the HP TouchPad, but that’s only because it was supposed to cost five-times that. Other similar tablets have been rumored, such as the Acer Iconia B1 (which eventually launched at $155) and the Asus Memo Pad, which retails for $150; but none have so far lived up to pricing expectations.

If anyone other than Amazon can though, it’s Google, and at the tail end of last year, there was a clutch of similar rumors concerning a $100 Nexus 7. Could this be one of Google’s surprises for Google I/O in May, and if so, will Amazon be able to get in first?

Updated on 03/20/13 at 1:30pm by Andy: According to BusinessInsider, Amazon has said it won’t be making a $100 Kindle Fire. A statement from the firm reads, “It’s not happening, we are already at the lowest price points possible for that hardware.” Right, that could explain why no-one else has managed so far. However, the wording could be interpreted in a way that while Amazon finds it impossible to drop the price of this hardware any further, what about making new hardware which has been designed around a $100 retail price?