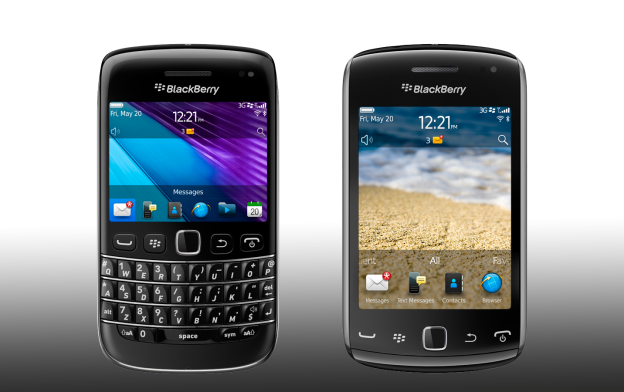 If you thought local Black Friday deals were good, you need to go to Indonesia. A crowd of over 1,000 people formed outside an Indonesian mall on Friday for a sale on the newly released BlackBerry 9790, pictured on the left above. The phone that retails for around $520 was available at half price.

Customers had been in line since 4 pm the day before waiting for the sale to start. Rumors started spreading throughout the massive crowd that there wasn’t enough phones for everyone in line so they started to get a little rowdy. The crowd pushed through a barricade which caused at least 90 people to pass out and three people to suffer broken bones. It took 200 police officers and security guards to restore order to the mob.  Three people were rushed to the hospital for treatment to their injuries.

While it might be a little surprising for us here in the U.S. but BlackBerry is by far the most popular phone maker in Indonesia. Four of the top five selling phones are made by BlackBerry. Combine the insane popularity of the device with a half off discount on a recently released device and this sort of situation is predictable.

Local police said that BlackBerry officials will be questioned for failure to provide a safe environment for the sale. The police were not informed by BlackBerry prior to the event, and say that if they were they would have been able to control the situation.

After the initial mob was dispersed phones went back on sale for a short time until ultimately the sale was shut down prematurely.  There is no word as of right now if other retailers will attempt a similar promotion, but Indonesians should be able to buy the 9790 at any of their local BlackBerry retailers starting tomorrow.

Topics
Video-editing app LumaFusion to get a Galaxy Tab S8 launch
Apple Health vs. Samsung Health? What I learned after using both
Best Cyber Monday Tablet Deals: iPad, Amazon Fire, Samsung Galaxy Tab
Don’t listen to billionaires like Elon Musk — app stores are fantastic
The best Android apps for December 2022
The best iPhone games to play in December 2022: Marvel Snap and more
I thought iOS 16 would ruin my iPhone 8, but it shocked me
The best Android games available right now (December 2022)
The most innovative tech products of 2022
How to unlock a phone on every carrier in 2022
This ridiculous smartwatch has a hidden pair of earbuds inside
This retro battery pack is way cooler than it has any right to be
Samsung Galaxy S23: release date, specs, price, and all other rumors