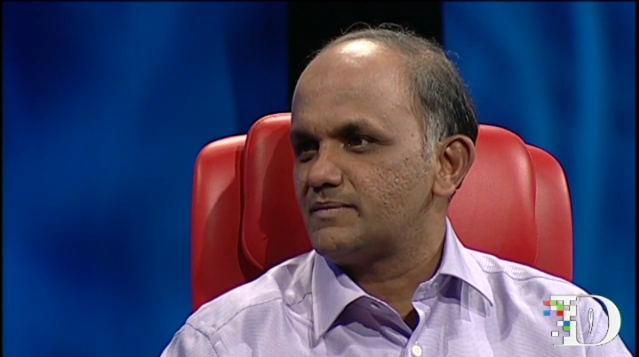 During his interview at the D9 Conference on Thursday, Adobe CEO Shantanu Narayen downplayed the rift between his company and Apple, but may have sowed the seeds of another. According to Narayen, tablets running Google’s Android mobile operating system will surpass Apple’s iPad line, just as Android smartphones have overtaken the iPhone.

“What you saw with smartphones hitting an inflection point with Android, you’ll see it again with tablets,” Narayen said.

He nudged aside notions that Apple’s iPad is an unbeatable force of technology. As more tablets are released, a wide range of devices will emerge, ones designed more more specific tasks. He added that both HP and Research In Motion — whose tablets both run Adobe Flash, which does not run on Apple iPhone or iPad lines — will begin to find success in their tablet endeavors, at least in the enterprise market, despite their slow starts.

“The excitement around the Android tablet I think is incredible. There will be another 20 tablets that will come by the end of the year that will push the industry in different directions,” he said.

Of course, Narayen couldn’t escape the evening without some healthy prodding by All Things Digital‘s Walter Mossberg about the rift between Apple and Adobe, and Apple CEO Steve Jobs’ assertion that Flash is a dead technology.

“What’s the deal with you and Steve Jobs?” Mossberg asked.

“There are a lot of misperceptions out there,” said Narayen. “When [the Adobe-Apple spat] first broke, people talked about the fact that they thought it was a technology issue, and I think it’s become fairly clear over the last year that it’s not about the technology: it’s about a business model issue. It’s about control of a platform. It’s the control of the App Store that’s really at issue here.”

Narayen continued by selling Adobe’s stance that Flash allows app developers “to author programs once and get them to as many devices as possible,” which is what they’ve done with Android. He added that “we will have 130 million phone devices that will have Flash on them by the end of the year.”

“And I have yet to test a single one where Flash works really well,” said Mossberg in response. “I’m sorry. They struggle on those Android devices.”

Narayen did not respond to the criticism.