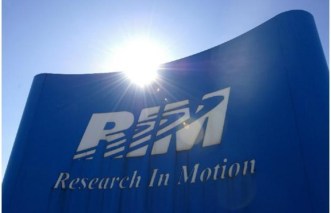 Online retail giant Amazon looked at the viability of buying BlackBerry maker Research In Motion over the summer, though the company did not make a formal offer.

Reuters reported on Tuesday that “people with knowledge of the situation” said that Amazon took on the services of an investment bank to look at the possibility of a merger with the Ontario-based company, though there was no information as to whether executives from the two companies ever went as far as taking seats around the same table to talk details.

The two companies declined to make any official comment about Amazon’s interest in RIM, though sources told Reuters that the RIM board currently wishes for co-chief executives Mike Lazaridis and Jim Balsillie to concentrate on sorting out their troubled business by themselves “through the launch of new phones, better use of assets such as BlackBerry Messaging and restructuring.”

It was suggested by the sources that a complete takeover of the company by another was currently not a possibility, though technology licensing deals and commercial partnerships beneficial to RIM was something that could happen in the future.

Indeed, according to the Reuters report, the two companies are currently talking about how they might expand commercial ties. Also, there has been talk recently of Amazon introducing a smartphone. RIM could certainly lend its knowledge to Amazon for such a device as part of a deal between the two companies.

Many may be perplexed as to why Amazon was interested in buying RIM. Thanks to a series of problems, RIM’s market value has plummeted over the last year by some 77 percent. Weak quarterly reports, poor sales of its PlayBook tablet, a lengthy service outage affecting millions of BlackBerry users in October, and delays to the launch of the BlackBerry 10 operating system (which it’s hoped will reverse the fortunes of the company) have all taken their toll on RIM’s image.

But remember that apparently the talks took place over the summer, before RIM’s problems really began to snowball. However, that snowball is now as large as the company’s stockpile of unsold PlayBooks, so even if RIM did turn around now and say “OK, let’s merge,” Amazon might well emit a nervous cough before quietly leaving the room.